JUST IN: Jinkee Pacquiao Is One Glamorous Ninang at a Wedding Wearing Accessories Worth at Least P10 Million|Read more »
Culture | By Sabrina Basilio - Dec 24, 2021 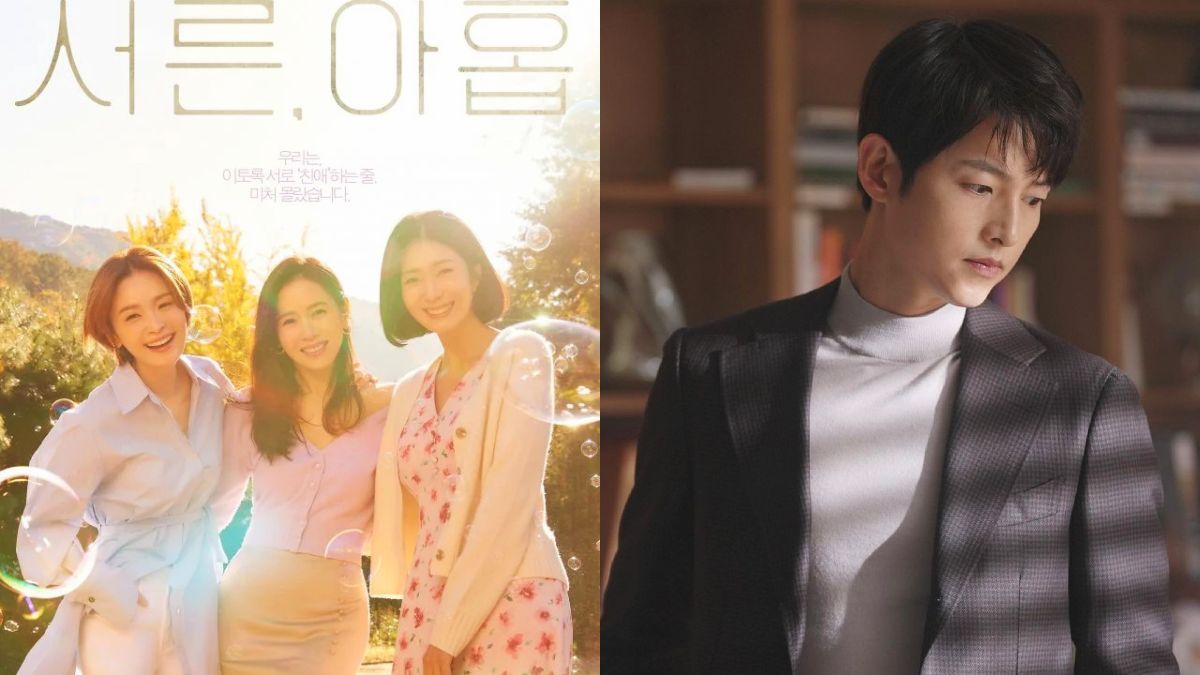 IMAGE Thirty-Nine/JTBC, INSTAGRAM/hi_songjoongki
2022 is offering a spectacular K-drama line-up that might just top 2021.

2021 was a record-breaking year for Korean dramas. Netflix’s Squid Game reportedly reached 3 billion minutes-worth of views in just one week, a level of success often ascribed to Western favorites like The Crown and Umbrella Academy. Meanwhile, Vincenzo ended its run to become one of the highest-rated K-dramas in cable TV history, and the feel-good rom-com Hometown Cha-Cha-Cha made it to #8 of FlixPatrol’s global rankings

It’s not surprising then, that audiences all over the world are on the lookout for the next big titles to include in their 2022 watchlist. So far, the choices we know of are already teeming with strong concepts and performers, but we managed (with great difficulty) to narrow down our top picks to ten.

Since many A-list actors are returning from their hiatus, popular webtoon thrillers are getting live action adaptations, and acclaimed directors are taking on more ambitious projects, we can predict that 2022 will be a year of binge-worthy K-drama comebacks.

Fresh from Netflix’s successful run of Vincenzo, Korean megastar Song Joong Ki will be embarking on another quest for vengeance as the youngest son of a questionably wealthy family. This time, he takes on two roles: first, as the family secretary Yoon Hyun-woo, who dies after being framed for embezzlement; and second, as Jin Do-joon, who is in fact Hyun-woo reborn and determined to avenge his past self.

Shin Hyun Bin (Hospital Playlist, He’s on Duty) has been confirmed to star as the leading lady Seo Min-young, a resolute prosecutor who will stop at nothing to take down the tycoon family.

This musical romance drama is slated to bring together three large fan bases in 2022. Following a 20-year friendship between a photographer and lyricist, Soundtrack #1 will offer a friends-to-lovers story to the avid believers of Park Hyung Sik (Strong Woman Do Bong Soon), the growing following of rising star Han So Hee (Nevertheless, My Name), and fans of Vincenzo-helmer Kim Hee Won.

Netflix’s Spanish crime drama Money Heist has enjoyed a 100% rating on Rotten Tomatoes since its first episode aired in 2017. For 2022, the streaming service is taking on the challenge of a South Korea-based adaptation, reviving some of the world’s most beloved criminals with an impressive list of Korean leads from various detective and thriller projects. These actors include thriller favorite Jeon Jong Seo (The Call, Burning), Lee Won Jong (Special Labor Inspector Joe), Kim Ji Hoon (Flower Of Evil), and Lee Kyu Ho (Healer).

For those who have yet to fully grasp the hype, the Emmy-awarded Money Heist follows the ruthless criminal mastermind “the Professor” and his band of eight thieves in manipulating, scheming, and robbing the largest money-printing center in Spain.

Nam Joo Hyuk has steadily won the hearts of many since his breakthrough role as the swimmer Jung Joon-hyung in Weightlifting Fairy Kim Bok-joo. Since then, he has played a range of endearing sensitive boys who always put their hearts on the line—from a classical Chinese teacher in The School Nurse Flies to a programming genius in the 2020 Netflix hit Start-Up.

In Twenty-Five, Twenty-One, his fans might see in him a different, more hardened and weary man—a journalist carrying the weight of his family’s bankruptcy going by the name of  Baek Yi-jin. Opposite him is a similarly strong actress who can hold her own: Kim Tae Ri (The Handmaiden), as fencing professional Naa He-do.

On the topic of big stars from Netflix hits,  Seo Ye Ji from It’s Okay to Not Be Okay is finally making an industry comeback with the chaebol melodrama Eve’s Scandal. Fans who have fallen in love with the dark and refreshing textures she brings on screen will see her dangerous charm put to use once more in a drama involving trillion-won divorce lawsuits and family trauma. Watchful eyes are also on her leading man, Lee Sang Yeob (While You Were Sleeping, Give Love Away), who plays a reliable human rights lawyer caught in a series of unpredictable events.

Next in 2022’s line-up of crime dramas is Big Mouth, which follows the story of Park Chong-ho (Lee Jong Suk), the man degradingly referred to by the show title.  He is an all talk-no walk lawyer with only a third-rate winning percentage, but things change when he gets tangled up in a murder case and gets accused of being Big Mouse, a highly wanted conman. Meanwhile, his wife, Go Mi-ho (played by SNSD's YoonA) is a caring and careful nurse who will go to all lengths necessary to save her husband’s name and reputation.

Every office romance Park Min Young has starred in has been an unquestionable success. Among her most iconic roles include office secretary Kim Mi-so in What’s Wrong With Secretary Kim (2018) and news reporter Chae Young-shin in Healer (2014.) This time, she graces the offices of a weather forecast service, and her name is Jin ha-kyung. A highly competent but reclusive individual, she makes for an unnatural but interesting match for the free-spirited and unassuming Lee Shi-wo (Song Kang). Stars Yoon Park (Itaewon Class) and Yura from the girl group Girls’ Day have also been confirmed as support leads for the drama.

It’s been a while since Son Ye Jin graced our screens with the show that took Goblin’s spot in historic tvN acclaim, Crash Landing on You. This year, she has landed the role of Cha Mi-zo, a 39-year-old dermatologist from a wealthy family—something that might sound promising to those who miss Yoon Se-ri’s heiress antics. Surrounding Mi-zo are two other women of the same age that she met from her second year in high school: a sharp-tongued acting coach by the name Jung Chan-young (Jeon Mi Do), and a timid Jang Jong-hee (Kim Ji Hyun).

The casting alone seems to hint that Thirty-Nine will not center on the usual romantic tropes featuring young couples, but will focus on female friendship on the brink of a new decade, and all the crises that come with that.

Fans of zombie-horror stories will not be left out next year. In fact, they are the first in line as the popular webtoon-inspired show All of Us Are Dead will begin airing as soon as January.  Like all adaptations, the show isn’t expected to depict its source material Now At Our School panel by panel. Rather, it will air eight episodes closely following a group of high school teenagers who find themselves fighting for their lives in an irreversible zombie virus outbreak. Once available for streaming, All of Us Are Dead will not only provide younger Korean stars a chance at international acclaim, but also become Netflix’s 9th zombie original, proving that the genre remains to be one of the most in-demand ones at present.

Speaking of highly-anticipated adaptations, Island is an upcoming fantasy exorcism drama based on writer Yoon In Wan and illustrator Yang Kyung Il’s widely celebrated 2016 webcomic of the same name. Set on an evil-infested Jeju Island, it places rising star Cha Eun Woo in a role unlike any he’s done before—even if this is his third webtoon drama to date. On top of that, the addition of reinterpreted fairy tales and thrillers to the romance-dominated catalogue of popular Korean dramas is also very promising.