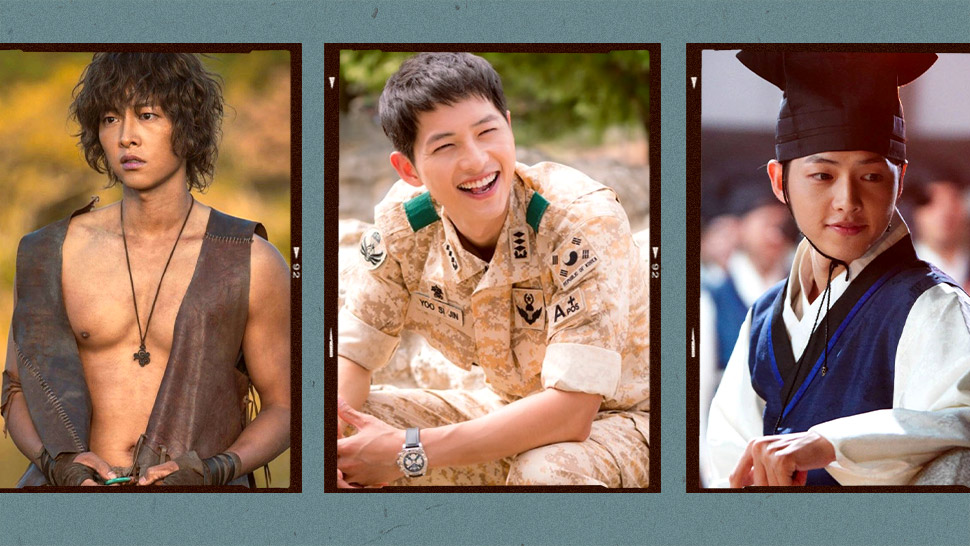 Anyone familiar with Song Joong Ki most likely knows him best as Big Boss from Descendants of the Sun. Rightfully so, considering the hit 2016 romantic drama practically catapulted him to international recognition. However, with over 13 years of experience in the acting game, there’s obviously so much more to Joong Ki’s repertoire that fans can enjoy and explore. Dying to watch them all? To save you some time, we list down 10 of this Hallyu star's most notable TV shows and movies below!

After a tragic accident befalls her parents, aspiring figure skater Lee Ha-ru returns to Seoul years later and reunites with her older stepbrother Shin Hwal. While on the road to pursuing her dreams in the city, she grows smitten with Ji Poong-ho, a fellow athlete and short track speed skating star, as played by Joong Ki. However, complications arise when she eventually develops romantic feelings for both Poong-ho and her own stepbrother with whom she now lives with.

Set in an era where women can’t be educated, Kim Yun Hee defies society and pretends to be her younger brother in order to enter an all men’s school. While a student in disguise in Sungkyunkwan University, she befriends a few of her privileged classmates, including Joong Ki’s Gu Yong-ha, a spoiled and mischievous upperclassman who also happens to be the school's playboy.

When Kang Ma-ru’s older neighbor and first love Han Jae-hee leaves him to marry a rich CEO, he grows up years later into a heartless playboy out to seek revenge. In order to do so, he romances Seo Eun-gi, a cold, business-oriented chaebol heiress who also happens to be the daughter of the man Jae-hee married.

Of course, it’s not a list of Joong Ki’s notable works without the drama that put him on the map. Descendants of the Sun follows an empathic soldier and a gifted surgeon who are both inexplicably drawn to each other after a chance encounter. However, as their lives continue to intertwine, so do their beliefs clash. Can they continue to pursue their romantic feelings for one another despite their differences?

Joong Ki reunited with his Descendants of the Sun co-star Kim Ji Won on Arthdal Chronicles. Set in the ancient times of South Korea, the series finds our lead characters in the mythical land of Arth as they fight and struggle to find unity among their respective tribes at the cusp of a new civilization’s birth.

In his upcoming drama, Joong Ki is Vincenzo Casano, a South Korean-born Mafia lawyer in Italy who flees to his homeland after he finds himself caught in between two warring factions. There, he meets and falls in love with Hong Cha Young, a dedicated lawyer, who also becomes his one reason to stay in the country.

Chun Ji-woong (Joong Ki) is an unemployed college graduate who’s forced to move out of his mother’s home after being unable to pay for the rent. He eventually crosses paths with Gu Hong-sil, an extremely frugal oddball woman who will do absolutely anything to save on money. Desperate for cash, Ji-woong agrees to help Hong-sil on her latest money-making scheme in exchange for lessons on the art of penny-pinching.

Set during the Japanese colonial era of World War II, 400 enslaved Korean citizens attempt to escape the labor camp of Hashima Island, also known as Battleship Island. Joong Ki plays Park Moo-young, a resistance fighter who sneaks into the island to break out his comrade ande ventually gets caught in the impending chaos.

Space Sweepers is set in 2092 where the Earth has become nearly uninhabitable. The human race is now divided between the privileged who live in a pristine habitat located between the Earth and the moon, and those who are left to fend for themselves on the ruined planet. When a spaceship crew who live off salvaging space debris come across a space shuttle containing a seven-year-old girl, they soon realize she’s a prized human-like robot wanted by their privileged peers. In exchange for some much-needed cash, they agree to hold the girl to ransom but end up getting more than they bargained for.