10 K-Drama Actors and the Important Advocacies They're Supporting 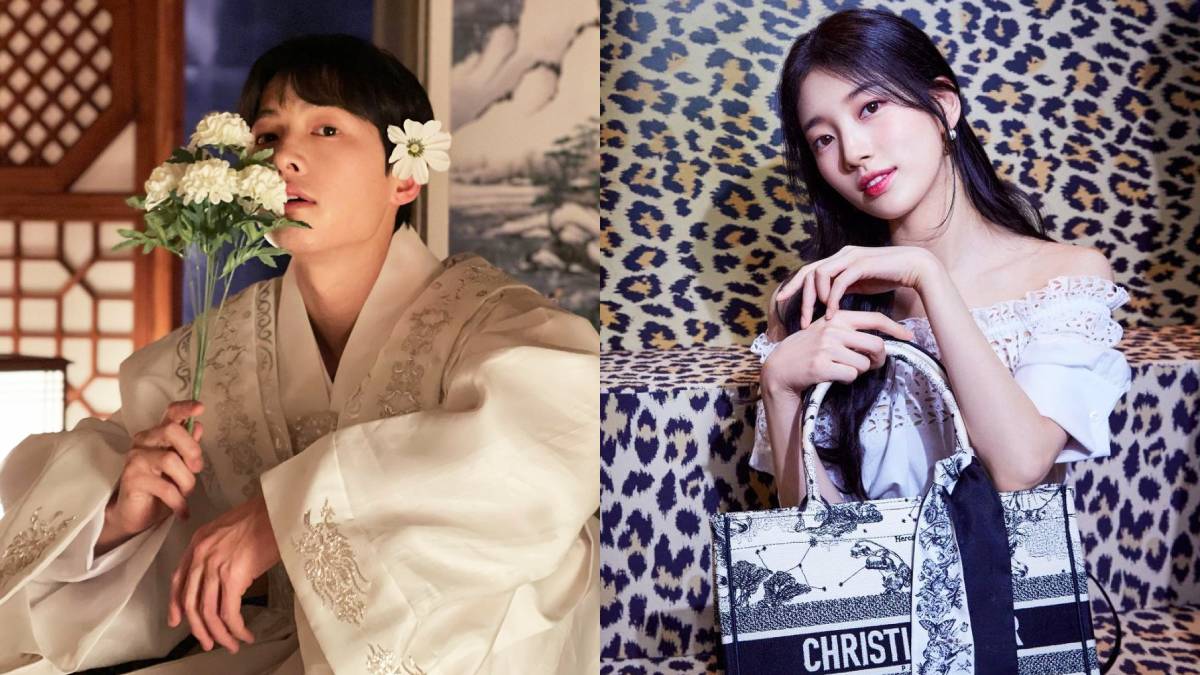 IMAGE INSTAGRAM/hi_songjoongki, skuukzky
Even more reasons to obsess over our favorite K-drama stars!

The Hallyu industry is bustling, burgeoning, and showing no signs of slowing down, especially with global audiences already on guard for the next big dramas of 2022. And with such great power comes great responsibility, as comic book fans would say.

We’re delighted to report that some of the most sought-after and multi-talented K-drama actors are living up to this statement. Whether these stars make generous donations to charity organizations or actively involve themselves in public campaigns for the disadvantaged, it can be universally agreed the world needs more influential people using their visibility to make a positive difference in their community.

Let’s take a look at the celebrities whose influence on social change match their onscreen power.

Here are 10 K-drama actors and the important advocacies they're championing:

With so many successful titles like Descendants of the Sun, Arthdal Chronicles, and Vincenzo under his belt, actor Song Joong Ki is one of the highest-paid Korean actors to date. According to various reports, he was the face of over 30 products in 2019, and with more projects in line for him in 2022, we can expect those brand endorsements to keep growing.

One particular brand endorsement that caught our eye (and hearts) is his collaboration with FORENCOS–short for For Environmental Cosmetics. (The Forencos 7 Days Mask featuring 7 different angles of Joong Ki’s clear and lustrous face might ring a bell.) This brand is committed to producing organic, cruelty-free, and eco-friendly beauty products, so it’s perfect that they have joined forces with the inimitable and influential actor in forwarding a more ethical and environmentally-conscious beauty culture.

It’s hard to believe, but Shin Min Ah’s dimpled smile isn’t the best thing about her. The Hometown Cha-Cha-Cha actress has also been quietly making charity donations that have amounted to a total of 2.6 billion won (roughly P109 million) since 2009. In 2015, various reports cite Min Ah as a major donor responsible for the reconstruction of schools in Nepal after a 7.8 magnitude earthquake. According to Soompi, she also directed her attention to the needs of the Hallyum Burn Foundation upon hearing that patients with burn injuries tend to receive less attention compared to other disaster survivors.

3. IU: Aid and Implants for the Deaf and Hard of Hearing

IU, one of Korea’s most beloved triple threats, is a force that has shaped both the contemporary sound of K-pop as well as the lives of people in need of hearing aids and cochlear implants. To commemorate the release of her fifth studio album, LILAC, the Hotel del Luna star split a generous amount of 100 million won to two nonprofit organizations. One of these recipients is Snail of Love, an organization that supports people with hearing impairments through first aid, healthcare, and language rehabilitation therapy.

In 2016—way before the global platform that Crash Landing on You would afford him—Hyun Bin and his agency, VAST Entertainment, released photos of the actor smiling comfortably next to a retired rescue dog named Vision. In an effort to raise awareness against animal cruelty, the actor said, “I want to send my genuine concern and encouragement to the many people who are currently going through a hard time and I hope that search and rescue dogs will be able to live in a better environment as well.”

On the topic of Korean celebrities as ambassadors for animal welfare, another golden name must be mentioned: Song Hye Kyo’s. We say golden because like her former husband and Descendants of the Sun co-star, Hye Kyo is one of the highest-paid actresses to date, reportedly taking home at least 900 million won per endorsement.

It’s incredibly inspiring then, to note that at least three years of her highly lucrative star power has been lended to KARA (Korean Animal Rights Advocates), a nonprofit that caters to the needs of abandoned stray animals. There is not a lot of publicity surrounding her volunteerism, but in 2013, KARA posted a Twitter photo of the actress with the caption, “April KARA volunteers. Hye Kyo, that wind blows. Song Hye Kyo joined KARA for our volunteer work and we have completed our mission.”

Despite what his (often) condescending and absurdly rich characters would have you believe, Lee Min Ho is an immensely generous and kind soul. It has been a while since his 2020 onscreen appearance for the SBS drama The King: Eternal Monarch, but his large donations to international organizations catered to children’s welfare have not stopped. As early as 2009, the top Hallyu star has been collaborating with UNICEF to provide children in underprivileged societies access to clean drinking water and malaria-preventive equipment.

On December of 2020, in response to the increased cases of domestic abuse during the lockdown, Min Ho reportedly shelled out 50 million won across three organizations that specialize in the prevention of child abuse: Holt Children’s Services Inc, Good Neighbors International, and Save the Children.

We all met a bright and fierce CEO in-the-making in Seo Dal-mi, Suzy Bae’s character in the 2020 tvN drama Start-Up. What isn't as universally known is that this knack for leadership is a quality possessed by Suzy Bae herself. Suzy has in fact faced controversy in the past for openly expressing support and signing government petitions for YouTuber Yang Ye Won, who claimed to be sexually harassed in a photography studio.

Unfortunately, this kind of involvement in gender equality issues is not common and even looked down upon by Korean fans as unnecessarily disruptive. According to the studies in Contemporary South Korean Society: A Critical Perspective, South Korea has consistently ranked one of the highest in the world for gender inequality. All the more Suzy vocalizing her stance can be considered brave and pioneering.

Another strong woman on screen and off screen is the inimitable and irresistible Park Bo Young from Strong Woman Do Bong-soon. On her 31st birthday last February 12th, 2021, the actress coordinated with the nonprofit Good Neighbors to provide 30 million won worth of sanitary products for girls from low-income families. Through her agency, BH Entertainment, Bo Young was able to release a beautiful statement: “I hope this will be a practical help for girls who are entering their growth phase. Everyone is going through a difficult time during COVID-19, but I hope many people will join in and do good work for children who need such warmth.”

9. Ji Chang Wook: Accessibility and Civil Rights of the Disabled

Ji Chang Wook, the hero of Empress Ki and Healer, has bagged several Best Actor Awards throughout his career, and even earned the Comrades Award during his military service from 2017 to 2019. Now, the singer-actor is showing exemplary skills in the realm of volunteerism and social involvement. Early in 2020, he worked with the MIRAL Welfare Foundation in a campaign for the disabled citizens of Korea, called How You See Me? In his statement, he appeals for social inclusion and support for the disabled, saying, “Please erase your prejudice and redraw your image today so that disabled children can unfold their infinite dreams and worlds.” Somebody give him another award for winning us over and over again.

Every year since 2006, W Korea magazine has held a breast cancer campaign called LOVE YOUR W, which aims to encourage regular breast check-ups and raise funds for low-income patients of breast cancer. This year, on its 15th anniversary, several actors and K-pop celebrities banded together in a feature in support of the LOVE YOUR W drive. Park Min Young is one of the most popular names participating in this campaign, joining Park Shin Hye, Im Soo Jung, and even male actors like Jung Hae In and Cha Eun Woo.