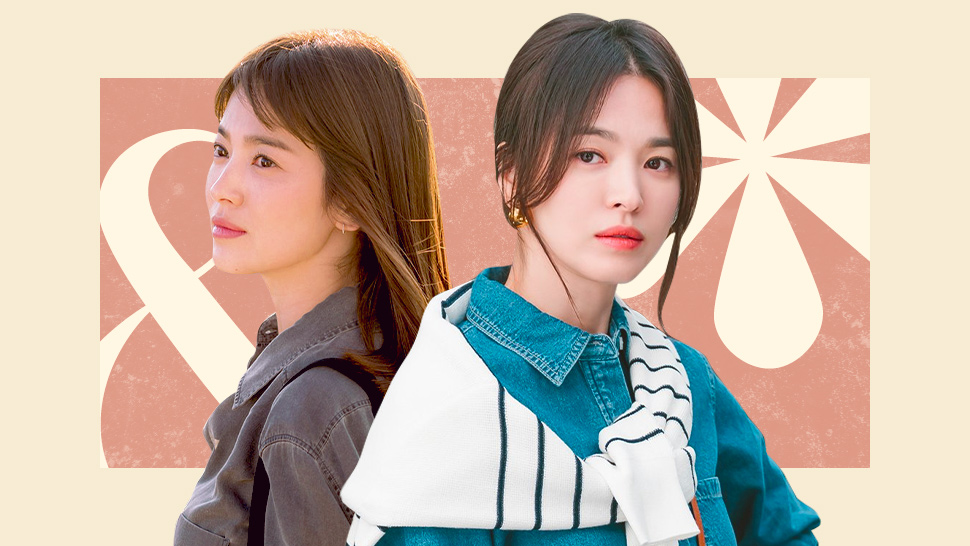 Song Hye Kyo needs no introduction. Beloved for her ageless beauty and her swoon-worthy romance dramas, the Hallyu star’s name, alongside that of a few others, is practically synonymous with the Korean Wave. That said, as the Hallyu craze continues to sweep the globe, Hye Kyo’s obviously bound to make a band of new, dedicated fans along the way. If you’re one of them and you’re dying to know more about the actress, read ahead!

Here are 10 fast facts you need to know about Song Hye Kyo:

2. She used to be a figure skater.

Hye Kyo made her official acting debut in 1996, but prior to finding her passion in the field, she first dreamt of becoming an athlete. During her middle school years, she trained as a figure skater, and although she eventually traded her skates for the screen, she was still able to use her skills for a few of her commercial and drama shoots.

3. She helped usher the surge of the Hallyu Wave across Asia.

Very few Korean actors are given the prestigious 'Hallyu star' title, and Hye Kyo just happens to be one of them. Hye Kyo gained popularity after starring in the Asian-wide hit drama Autumn in My Heart (2000). Here, she portrayed Yoon Eun-suh, a child switched at birth who’s then instantly returned to her struggling biological mom the moment the truth is revealed. The melodrama’s unprecedented success in Asia was a catalyst to igniting the Korean craze across the continent. Subsequently, it also earned Hye Kyo her first Best New TV Actress nod at the 37th Baeksang Arts Awards.

4. She gained more fame for her roles in “All In” and “Full House”.

In the process of establishing herself as a household name, Hye Kyo not only garnered more fame in the years after Autumn in My Heart, she also proved her acting prowess by taking on more dynamic roles. In 2003, she top-billed the action and romance drama All In, where she portrayed Min Se-yeon, a nun who falls in love with her childhood friend. The show was yet another ratings success for the actress.

Hye Kyo switched to a more comedic role a year later when she starred in the romantic comedy drama Full House. Favored across Asia and once again having spurred the Korean Wave, Full House is considered as one of Hye Kyo’s most iconic dramas to date. In fact, it was so popular that the show even birthed several remakes, including a Filipino one starring Richard Gutierrez and Heart Evangelista.

5. She does pilates and kickboxing.

Hye Kyo is able to maintain her slim figure thanks to her active lifestyle. For her workout sessions, she particularly engages in pilates, yoga, spinning, and kickboxing. It doesn’t stop there, though, as the actress is also conscious about the food she eats. According to Shape Singapore, Hye Kyo consumes a lot of tomatoes, berries, eggs, dark chocolate, tuna, and green, leafy vegetables.

6. She was once married to Song Joong Ki.

Fans absolutely fawned over the famous Song-Song couple. As top Hallyu stars and love interests in their hit drama Descendants of the Sun, their relationship was highly-publicized and talked about even before it was confirmed. However, after officially going public and tying the knot in 2017, Joong Ki and Hye Kyo’s fairytale romance unfortunately came to an end just two years later when the former filed for divorce.

Hye Kyo tried her luck overseas in the 2000s. After flying to the US to study English, she eventually starred in her first American indie film Make Yourself at Home in 2008. The psychological thriller saw the actress as an “immigrant bride” shadowed by her suspicious past.

With over 12 million followers, Hye Kyo is one of the most followed Korean actresses on Instagram. You can add to that number by clicking on the blue button at @kyo1122.

Hye Kyo’s star power and influence doesn’t come cheap. A darling of luxury brands, the actress earns millions just from her endorsements alone. Speaking of her Instagram, Hye Kyo reportedly makes at least $477, 900 (approximately P24 million) per sponsored post on the platform. Additionally, according to TMI News, her commercial modeling guarantee shot up to a whopping 900 million won (approximately P38 million) in 2019.

As established, Hye Kyo is the muse to many high-end brands, including Chaumet, Bottega Veneta, and Sulwhasoo. She only added to that string of prestigious names in 2021 when she was made a global ambassador to Fendi, making her the first Korean celebrity to front the fashion house internationally.

You Can Get Over P40,000 Off At Beyond The Box When You Trade In Your Old Iphone

Netflix's "don't Look Up" Is Its Most Star-studded Movie Yet