JUST IN: Jinkee Pacquiao Is One Glamorous Ninang at a Wedding Wearing Accessories Worth at Least P10 Million|Read more »
Culture | By Jam Nitura - Jan 1, 2023 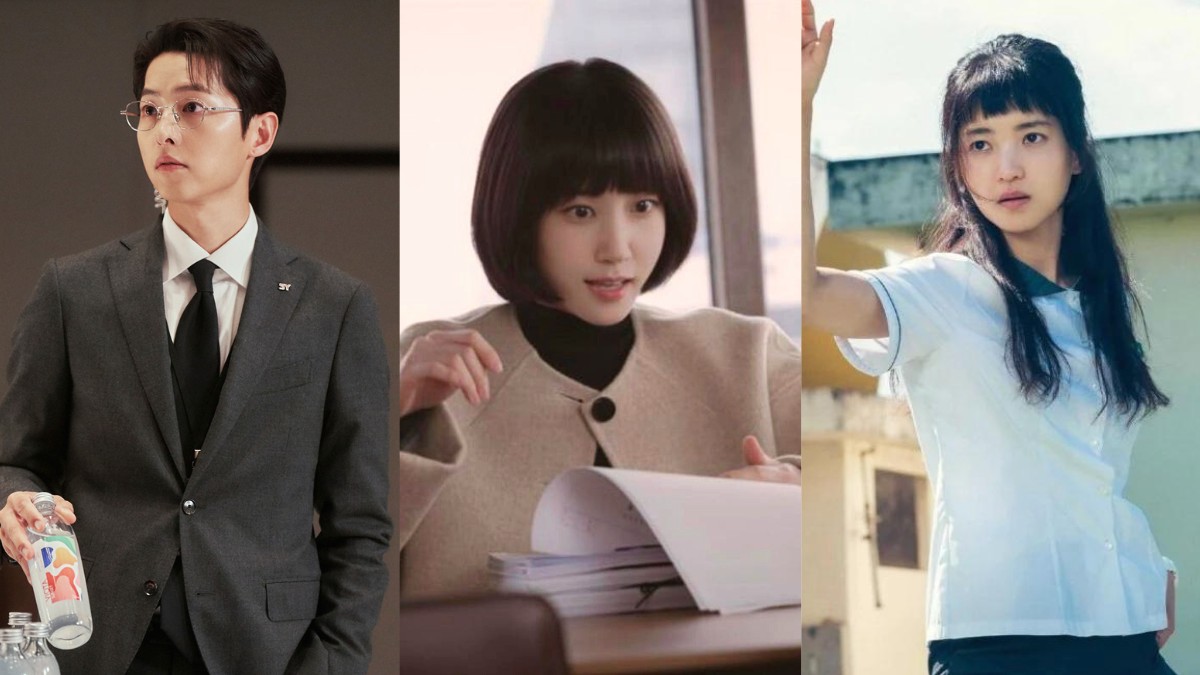 IMAGE Reborn Rich/JTBC, Extraordinary Attorney Woo/ENA, Twenty-Five Twenty-One/TVN
We promise you, these K-dramas are worth binge-watching!

It was a good year for K-dramas. We got it all, from magical period pieces to nail-biting thrillers to engrossing tearjerkers that had us bawling in our seats. That said, with all the new series that came out in 2022, we can’t blame you if you missed out on a few key shows that were on everyone’s watch lists. If you’re still pacing yourself and don’t know what to prioritize for the new year, just scroll through the list below as we give you a curated selection of the best K-dramas (in no particular order) that were worth watching in 2022.

First up on the list is 2022's breakout drama Extraordinary Attorney Woo. Opening with a low 0.94% rating during its first episode, the show soon after defied expectations and shot to global success. EAW ended its 16-episode run as the eighth highest rated K-drama on cable television, thanks to its realistic and moving depiction of a young lawyer in the autism spectrum. Its global success also gave lead star Park Eun Bin the recognition she’d long worked hard for. After the series came to an end, Eun Bin kicked off her first fan meet tour around Asia; a first in her two-decade-long career.

No K-drama this year had an ending as divisive as that of Twenty-Five Twenty-One's. Whether you were for it or not, the heated debate over its main couple not ending up together proves just how beloved the show was during its run. Not just a public hit, the coming-of-age series was also critically lauded, earning four nominations at the prestigious Baeksang Arts Awards. Lead star Kim Tae Ri came home that night with both the Best Actress and Most Popular Actress trophies on her mantel.

Amid all the emotional and thrilling K-dramas that reigned in 2022, Business Proposal was the standout bright spot on our watch lists. The romantic comedy also had an infectious soundtrack to match, with its theme song, Love, Maybe by Melomance, winning Best OST at the 2022 MAMA Awards. ICYMI, lead couple Ahn Hyo Seop and Kim Se Jeong rendered their own duet of the song to show gratitude for the massive popularity their show had garnered.

Speaking of emotional shows though, Thirty-Nine definitely takes the cake when it comes to heartbreaking stories that made us ugly-cry. The romantic drama starred Son Ye Jin, Jeon Mi Do, and Kim Ji Hyun as three best friends navigating their late thirties and dealing with the inevitable loss of Mi Do’s character, the cancer-stricken Jeong Chan-young. By its final episode, Thirty-Nine became one of the highest rated JTBC dramas, recording a personal best of 8.122% nationwide.

It’s not a best K-dramas list without a masterpiece by the revered Hong sisters, a.k.a. the writing team also behind hit shows like My Girl, My Girlfriend Is a Gumiho, and Hotel del Luna. This sageuk two-parter was a social media favorite thanks to its handsome cast of leading men. Of course, the story itself was just as enticing, especially for fans of the fantasy and romance genres. Alchemy of Souls centers on Nak-su, a mighty warrior trapped in the body of a weak servant named Mu-deok. Employed under the noble family of Jang Uk, she soon finds herself teaching the mischievous boy how to fight, in exchange for something she needs.

6. Under the Queen’s Umbrella

Yet another period drama that got the internet talking was Under the Queen’s Umbrella. We mean, who could resist the heartwarming dynamic between Queen Im Hwa-ryeong and her unruly children? The story follows the aforementioned royal in her attempt to whip her kids into shape so one of them can take her place as the head of Joseon one day. Under the Queen’s Umbrella is currently the 10th highest rated K-drama on cable TV.

While Little Women faced several controversies during its run (it was banned in Vietnam for “historical distortion”), it remained a Netflix favorite that premiered to positive reviews. The show, which is loosely based on the classic novel by Louisa May Alcott, is a thrilling mystery drama that revolves around the three Oh sisters and their damaging entanglement with Korea’s richest family.

Disney+ launched in the Philippines this year, and their maiden offerings did not disappoint. Case in point, their most-watched K-drama of 2022, Big Mouth, which won four out of five of its nominations at the recently concluded MBC Drama Awards. This crime thriller follows Lee Jong Suk as Park Chang-ho, an incompetent lawyer with a penchant for making empty promises, which earned him the nickname “Big Mouth.” A grave misunderstanding arises when he’s mistaken for a wanted conman known as “Big Mouse.” His wife, Go Mi Ho (Im Yoon Ah) remains steadfast by his side as she stops at nothing to prove his innocence.

Song Joong Ki’s quick return to the small screen after Vincenzo turned out to be a record-breaking success! In case you’ve yet to give it a shot, this fantasy-revenge drama stars Joong Ki as a scorned manager murdered by the very family he's been loyal to. In a twist of fate, he’s reborn as the youngest grandson of the same chaebol family and vows to take revenge for their betrayal. This riveting watch had viewers glued to their TV screens 'til the very last episode, which recorded a ratings-high of 26.94%, making Reborn Rich the second highest rated K-drama on cable TV, just below World of the Married.

Another court-room drama that made our 2022 memorable is Juvenile Justice. The series is an eye-opening look into the rampant youth-induced crime culture in South Korea and how society itself unconsciously enables their heinous acts. Apart from topping Netflix charts, Juvenile Justice also won Best Screenplay at the Baeksang Arts Awards.

Which ones have you watched already?