SECRET IS OUT: The Popular Beauty Products You Can Find in the "Hot Girl Tote Bag" Tiktok Trend|Read more »
Culture | By Chynna Lim - Feb 23, 2022

Make sure to catch this K-drama on Netflix. 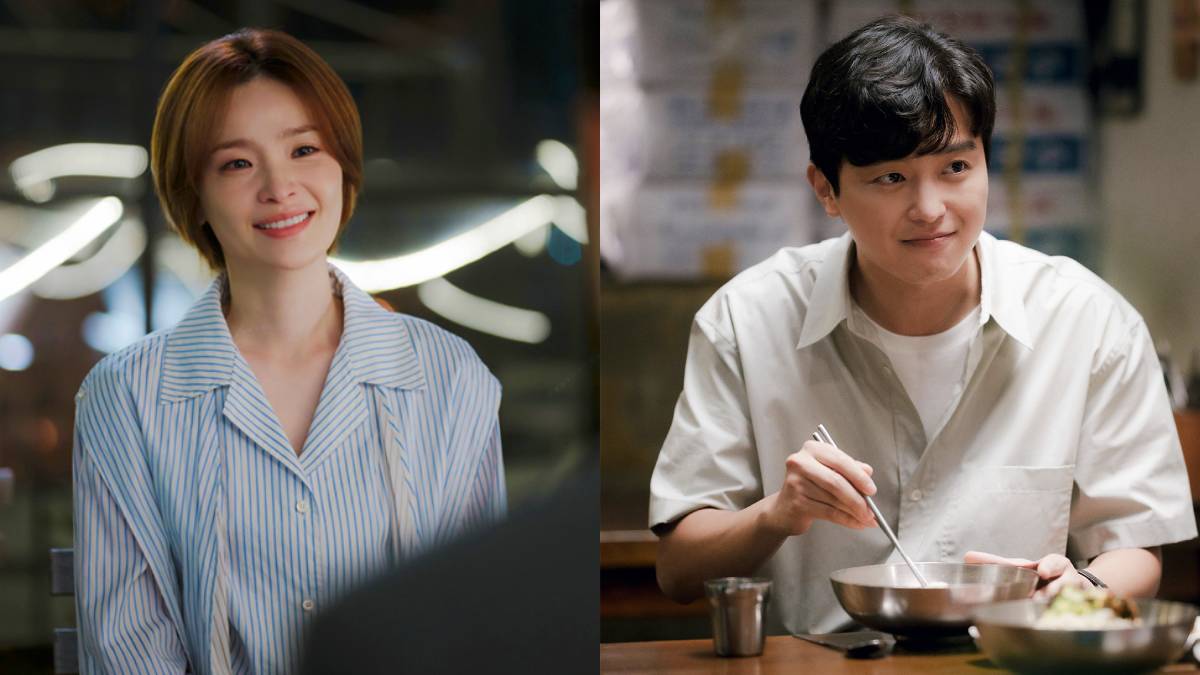 JTBC's Thirty-Nine puts female friendship front and center as the comedic yet poignant drama follows three women navigating their lives while at the cusp of turning forty. Son Ye Jin top bills the series alongside Hospital Playlist star Jeon Mi Do and theater actress Kim Ji Hyun, to form a formidable trio you're sure to fall in love with. Although Thirty-Nine revolves around them, viewers can also expect to be drawn in by the charms of its supporting cast, including their love interests as portrayed by Yeon Woo Jin, Lee Tae Hwan, and Lee Moo Saeng. Intrigued? Before you get into watching the show (which is already available on Netflix), let’s get to know more about the cast.

Meet the cast of "Thirty-Nine" and where you've seen them before:

Thirty-Nine’s first leading lady needs no introduction. The acting powerhouse Son Ye Jin plays Cha Mi-jo, a successful dermatologist living a picture-perfect life. ICYDK, Ye Jin debuted in 2000 with the film Secret Tears. She soon gained so much popularity that she was nicknamed the “Nation’s First Love” by Korean media. One of the most successful actresses in her country, Ye Jin has appeared in a myriad of hit projects, with her last one prior to Thirty-Nine being the top-rated Crash Landing on You. Here are other films and dramas you might have seen Ye Jin in: Summer Scent, April Snow, My Wife Got Married, The Last Princess, Something in the Rain, Secret Garden, The Negotiation, and Personal Taste.

2. Jeon Mi Do as Jeong Chan-young

Jeon Mi Do portrays Jeong Chan-young, an aspiring actress-turned-acting teacher. Mi Do started out in musical theater, having starred in plays such as Romeo and Juliet and Oslo. She transitioned to television in 2018 and has since garnered popularity for her first lead TV role wherein she played Chae Song-hwa in Hospital Playlist. Although she’s relatively new to the TV scene, we have no doubt she'll take us on a roller coaster of emotions as the sharp-tongued yet terminally ill Chan-young. You can also briefly catch Mi Do with her cameo roles on Mother and Metamorphosis.

The last of the main trio is Kim Ji Hyun, an up-and-coming star who’s slowly been building a name for herself in the industry. Having grown up with a passion for the craft, Ji Hyun actually studied drama at Korea National University of Arts. She started performing in theater productions in her alma mater before entering the industry in 2006. She began gaining popularity in 2020 with the TV series Backstreet Rookie and the 2021 drama Artificial City. For Thirty-Nine, she plays the role of Jang Joo-hee, a cosmetics manager at a department store. You may have also spotted the actress in these films and series: Solace, Jejungwon, The Smile Has Left Your Eyes, Justice, and Hometown Cha-Cha-Cha.

Yeon Woo Jin steps into the role of Ye Jin's love interest, dermatologist Kim Seon-woo, for Thirty Nine. The actor is best known for his breakthrough role as Choi Joo-wal in the 2012 series Arang the Magistrate. Following the show, he continued to gain popularity for his work on dramas such as Marriage, Not Dating; Lawyer in Love; Priest; and Judge vs Judge. If you want to see more of the actor, you can also watch him in Introverted Boss, Queen for Seven Days, and I Wanna Hear Your Song.

One of the younger cast members is Lee Tae Hwan, a 26-year-old actor who plays Park Hyun-joon, a restaurant chef and Ji Hyun's other half in the series. The actor started out in his teens, acting in web series such as After School: Lucky or Not and High School King Savvy. He eventually made a mark with his more serious performance in the MBC legal drama Pride and Prejudice. You can watch more of the actor in W; Father, I’ll Take Care of You; My Golden Life; Royal Secret Agent; and What's Wrong with Secretary Kim as Lee Sung-yeon, Park Seo Joon's older brother in the show.

Completing the army of arm candy for our Thirty-Nine leading ladies is Lee Moo Saeng, who plays the role of Kim Jin-seok, an entertainment industry CEO. Prior to Thirty-Nine, this actor’s last project was the Netflix original sci-fi series The Silent Sea, where he portrayed Chief Gong Soo-hyuk. Other shows you can find Moo Saeng in include My Beautiful Bride, Prison Playbook, Melting Me Softly, Chocolate, and The World of the Married.

Kang Mal Geum steps into the shoes of Ye Jin's older sister, Cha Mi-hyun. She started acting in 2010, and met success with her role in the film Lucky Chan-sil, along with a few other television shows such as Legal High and Missing: The Other Side. A fun fact about the actress is that she actually had a small part in the megahit Netflix series Squid Game. Aside from that, here are other films and series where you may have seen her in: Children of Nobody, Legal High, Sell Your Haunted House, The Silent Sea, and The Red Sleeve.

You’ll never guess who else is in this series (clue: she’s a Wonder Girl!) Ahn So Hee joins the cast as Kim Seon-woo’s (Yeon Woo Jin) little sister. Her character’s name is Kim So-won and she’s a pianist. Although So Hee holds a soft spot in our hearts for her music, she's always had acting in her veins, having appeared in films when she was as young as 12 years old (she was in a short film called The Synesthesia For Overtone Construction). Her other acting credits include the popular Train to Busan, as well as Heart to Heart, Entourage, Single Rider, and Welcome to Waikiki 2.

Did You Know? These Famous Celebrities Once Auditioned For "pinoy Big Brother"