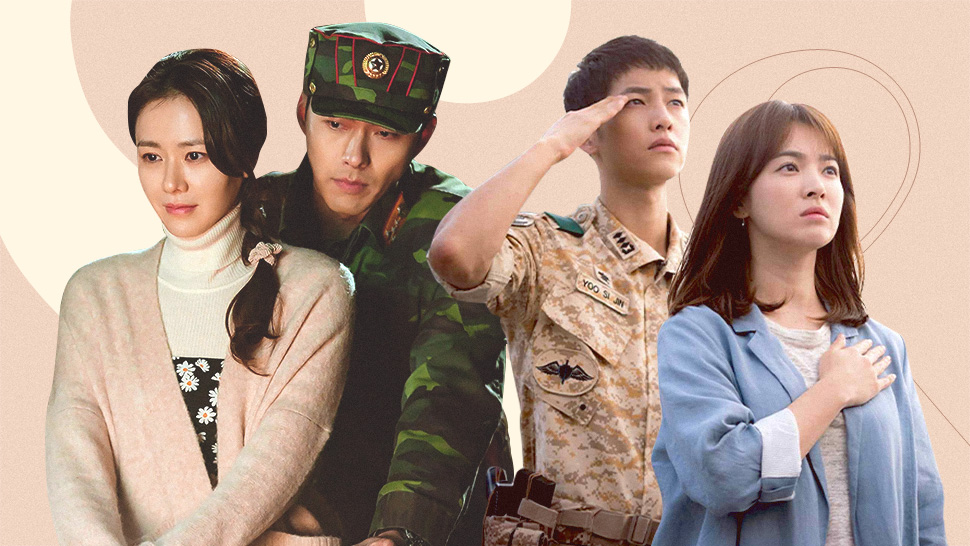 Nothing makes a K-drama better than the heart-fluttering chemistry between its two leads. We’re talking about a partnership so earnest and intimate you can almost imagine the actors dating and really getting along that well in real life. Now, while most on-screen romances stay just that, sometimes a few lucky pairs are able to find truth in fiction, and eventually hit it off IRL.

Case in point: Below, we list down six swoon-worthy K-drama love teams who developed into real-life couples:

It was one hell of a new year for Crash Landing on You fans when Dispatch revealed Son Ye Jin and Hyun Bin’s relationship right at the start of 2021. After word got out, both of the actors' agencies were quick to confirm the news, much to the delight of CLOY lovers around the world. According to Hyun Bin’s VAST Entertainment team, the two pursued their “positive feelings towards one” once Crash Landing on You wrapped.

On that same afternoon, Ye Jin took to Instagram to address the frenzy around her relationship, writing, “It’s a new year. Appearing in front of all of you with news about my personal life rather than work-related news for the first time, I wonder why I feel so embarrassed…Yes, that’s how it turned out.”

The actress continued, “I’m not sure what I should say, but I thought I should at least say something to all of you..It feels very awkward and strange…I’m thankful to have been able to meet a good person, and I’ll work hard to tend to [the relationship] with care…The love and support that all of you give me, I’m always keeping it in my heart.. I hope there will be many good things in the new year. Be healthy.”

Song Joong Ki and Song Hye Kyo’s highly publicized relationship unfortunately didn’t end well, and for fans of the couple, rehashing their once charmed love story might still prove to be a sore spot.

The two starred opposite each other in the KBS romance drama Descendants of the Sun in 2016. Before the show had even wrapped, dating rumors between Hye Kyo and Joong Ki had started circulating after they were seen together in New York. Despite being spotted together numerous times after DOTS finished airing, they continued to keep the state of their relationship private. Months later, the Song-Song couple eventually surprised the K-drama world with a joint statement announcing their plans to marry one another back in June of 2017.

Joong Ki and Hye Kyo tied the knot on October 31, 2017. Their fairytale marriage sadly only lasted for less than two years after Joong Ki filed for divorce in June 2019. His official statement read: “Rather than denouncing one another and arguing over who is to blame, I hope that the divorce process can be wrapped up amicably.”

Lee Min Ho and Park Min Young first worked together on the 2007 series I Am Sam, but it wasn’t until they played loved interests in City Hunter four years later that a relationship between them actually started to develop. The pair admitted to dating on August 2011 via their agencies who revealed that they’d already been secretly together for a month prior to the announcement.

Dubbed the MinMin couple, their relationship was short-lived and ended just a few months later. They cited their busy schedules as the reason for their breakup. “It’s been a while since they saw each other. It was really embarrassing for her to just go and reveal their breakup, and she didn’t want to put her agency in a sticky situation. So, she held the news a little longer,” explained Min Young’s agency.

Reminiscent of recent events, Dispatch caused quite the stir in 2017 after they released photos of Nam Joo Hyuk and Lee Sung Kyung together, which immediately incited dating rumors all over social media. The pair eventually confirmed their relationship soon after through their agency YG Entertainment. “After checking with Lee Sung Kyung and Nam Joo Hyuk, they confirmed that after being close friends since their modeling days, the pair recently developed romantic feelings for one another and are dating well now," their statement read.

The couple, who originally started dating while on the set of their drama Weightlifting Fairy Kim Bok-joo, went their separate ways just three months later. Much like Min Young and Min Ho, their agency announced that they simply “grew apart due to busy schedules and have decided to maintain a supportive senior-junior relationship.”

Having developed feelings for one another while shooting their 2013 drama Goddess of Fire, Kim Bum and Moon Geun Young made their relationship public a month after the show’s last episode. Rumors of the two dating started to circulate when they were seen vacationing together in Europe, along with a few other friends. Kim Bum and Geun Young lasted seven months before calling it quits in May 2014. According to both their agencies though, the pair ended on good terms and will continue to support one another as colleagues.

Boys Over Flowers star Koo Hye Sun and My Love from the Star actor Ahn Jae Hyun revealed their relationship a year after starring together in the 2015 supernatural medical drama Blood. Their whirlwind love affair resulted in marriage just two months after their announcement, marked by an intimate photoshoot with Marie Claire that was shot on Jeju Island.

All signs had pointed to smooth sailing for the pair ever since then, seeing as they had consistently documented their relationship on social media across the four years that they were together. ICYDK, they even participated in TVN’s reality TV series Newlywed Diary, in which they showed the day-to-day of their married life to the public.

Unfortunately, their highly publicized relationship also gave way to a very public and messy divorce in 2019. After news of their separation broke, Hye Sun had even posted their private text messages on her Instagram. Yikes! Hye Sun and Jae Hyun’s divorce was eventually finalized in July 2020.

Fyi: You Can Get 50% Off On Rt-pcr Tests If You Plan To Travel