Some of them are also the face of luxury brands. 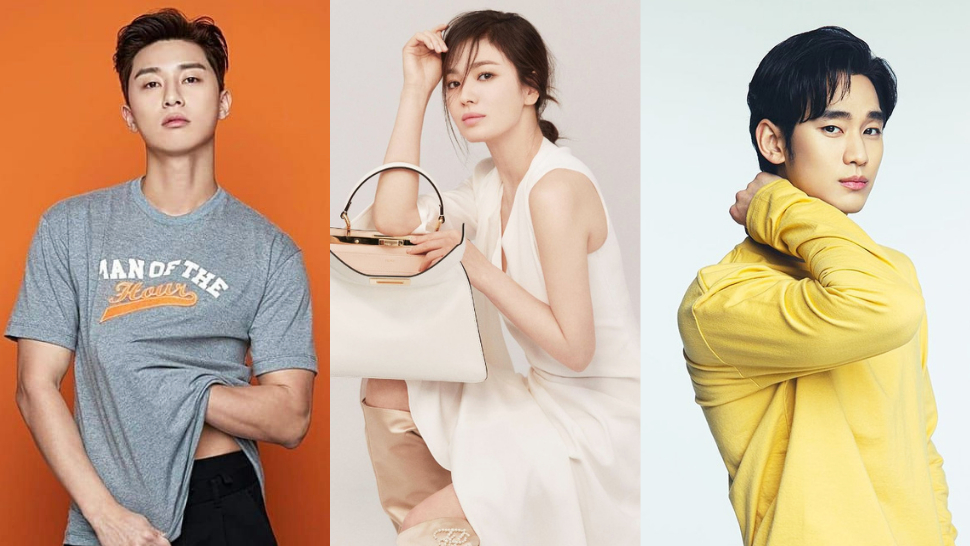 IMAGE Bench, INSTAGRAM/kyo1122, benchtm
Some of them are also the face of luxury brands.
Shares
Share
Tweet
Comments

Ever since the Hallyu wave swept the globe in the 2000s, it’s becoming more and more commonplace for Korean actors to front the ad campaigns of overseas brands. Park Seo Joon and Kim Soo Hyun signing on to model for Bench are prime examples. Of course, thanks to their unprecedented reach and impact way beyond their homeland, some personalities are paid more handsomely than most, as evidence by a recent episode of MNET’s TMI News.

Below, we list down 10 of the highest paid Korean actors when it comes to brand endorsements.

Editor's Note: The list is in no particular order.

Crowned the highest paid Korean actor of 2020, Kim Soo Hyun’s name on this list comes as no surprise. Since his 2012 drama Moon Embracing the Sun, Soo Hyun has seen a steady rise in his commercial talent fee. When he shot to global fame just a year later for My Love from the Star, the Hallyu actor’s guarantee per advertisement reportedly spiked to 800 million to one billion won. After signing exclusive contracts with 17 brands, and appearing in over 30 ads in 2014, Soo Hyun was dubbed the "King of Commercials" for being the actor with the most endorsements in a single year.

The darling of luxury brands, Song Hye Kyo’s commercial modeling guarantee reportedly shot up to 900 million won in 2019. This might also be attributed to the fact that she often causes the beauty products she’s seen using in her K-dramas to sell out in the market. Thanks to her clear influence and star power, as per TMI News, a sponsored post on Hye Kyo’s IG account could cost up $477,900.

Yet another favorite of luxury brands, Jun Ji Hyun’s commercial fee rose up to one billion won in 2013, alongside like her My Love from the Star co-actor Kim Soo Hyun. At the height of the show’s fame, she reportedly signed on for a total of 25 commercials, guaranteeing herself at least 20 billion won in the process. At present, Ji Hyun is the face of luxury fashion house Alexander McQueen, making her the brand’s first-ever Korean ambassador.

After Goblin’s groundbreaking success in 2017, Gong Yoo’s career soared to new heights. In a study conducted by the Korea Broadcast Advertising Corporation, the actor was hailed as Korea’s favorite advertisement model for the year, accumulating 6.7 percent of the votes. The Hallyu star has since become the face of multiple products, from alcohol, to coffee, to clothing, and even gadgets. In fact, when he signed a contract with IT company ASUS, Taiwanese media reported that Gong Yoo was paid 2.2 billion won just for that single advertising stint.

Park Seo Joon catapulted to stardom in 2018 after starring in What’s Wrong With Secretary Kim, and appearing in the variety show Youn’s Kitchen. Following these projects, he filmed up to 20 advertisements, ranging from TV commercials, to newspaper placements, and online advertisements. He also bagged ad contracts internationally, inking guarantees with companies from China, Vietnam, and the Philippines. As per TMI News, Seo Joon’s talent fee was recorded at 700 million won in 2018, earning himself at least seven billion won for all his commercials that year.

Korean cosmetics brand Dewytree’s sales reportedly went up in 2018 ever since Jung Hae In’s popularity spiked following his role in Something in the Rain. Considering the actor had been modeling for them for years, the company took advantage of his newfound fame to expand their reach to China. Similarly, Hae In’s star power also helped bolster the profits of his agency, FNC Entertainment. These are just examples of the so-called “Jung Hae In effect,” as coined by media. With his undeniable influence and boosted commercial fees, Hae In can reportedly earn a total of six billion won in a year, just from advertisements alone.

Jo Jung Suk, who can annually rake in more than five billion won for his ad deals, has so far ranked twice in Forbes’ Korea Power Celebrity list—9th in 2017, and 37th in 2021. The Hospital Playlist star also occasionally tops Korea’s monthly brand reputation rankings, proving his demand in the commercial market.

Nicknamed the "Nation’s Boyfriend," it’s no wonder Koreans love seeing Park Bo Gum on their screens. Similar to the other names on this list, the actor also consistently lands in Korea’s monthly brand rankings, especially after he was hailed as a “CF King” in 2017. Brands who’ve enlisted his talent for commercials include Nongshim Noodles, Sony, Lotte World, LG, Ghana Chocolate, and Nescafe. Apart from Korean outlets, though, Bo Gum has also fronted the global campaigns of brands like Coca-Cola, Samsung, and K-Swiss.

According to TMI News, Running Man cast member and It’s Okay, That’s Love actor Lee Kwang Soo can bring in a yearly income of 2.8 billion won just for his commercials. Dubbed the "Asian Prince," he’s inked commercial deals with brands from all over the continent.

K-pop idol Hyeri proved her worth in the acting game through her award-winning performance in Reply 1988. The show, which remains a beloved K-drama classic, further propped up Hyeri’s star in the entertainment industry as her advertisement fee doubled to 500 million won. Combining her commercials as a member of her group, Girl’s Day, and her ad projects as an actress, Hyeri was revealed to have secured a whopping 28 commercial deals in 2016.