JUST IN: Jinkee Pacquiao Is One Glamorous Ninang at a Wedding Wearing Accessories Worth at Least P10 Million|Read more »
Culture | By Katrina Maisie Cabral - Jan 23, 2023 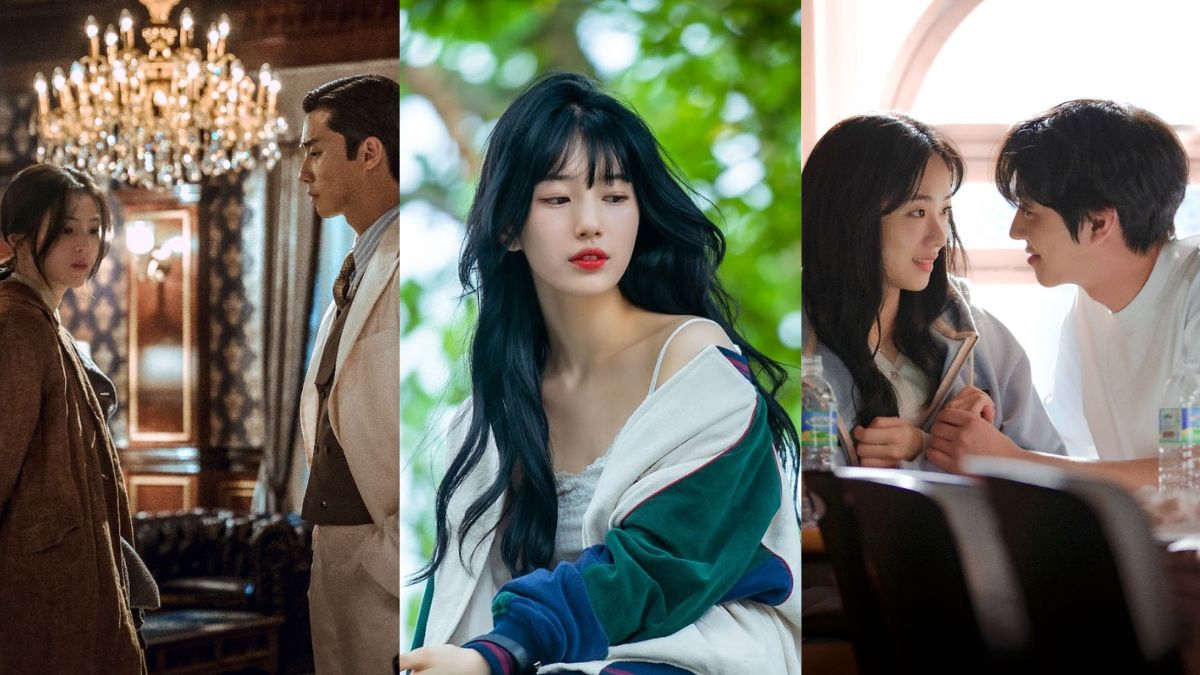 After a year’s worth of K-dramas that had us swooning and bawling our eyes out, streaming services like Netflix are ready to serve another platter for our Hallyu hunger. In fact, according to the site, more than 60 percent of Netflix members tuned in to Korean titles last year.

To sate our binging needs, the home to many of our K-series obsessions has upped the ante for 2023, showcasing its biggest-ever lineup of Korean films and series. From sci-fi to good-old romances, the K-drama feast continues. Keep scrolling for the titles to watch out for this year!

In this rom-com, hotshot professor Chi-yeol (Jung Kyung Ho) and side dish store owner Haeng-sun (Jeon Do Yeon) get tangled in a bittersweet yet scandalous romance due to Chi-yeol’s fame.

Love to Hate You (February 10)

Yeo Mi-ran (Kim Ok Vin) is a rookie lawyer at an entertainment firm who hates losing to men. On the other hand, Nam Kang-ho (Yoo Teo) is an A-list actor with a deep mistrust for women. After a rocky first encounter, the two come to terms with their differences, which might soon grow into love.

The highly anticipated second part of the Netflix series continues on with Moon Dong-eun (Song Hye Kyo)’s thirst for poetic justice, as her former school tormentors–who’ve left her with emotional and physical scars–fall into the trap designed by her.

Based on the webtoon of the same name, the upcoming series takes on two youngsters who stumble upon the world of loan sharks and much darker forces. Woo Do Hwan plays Geon-woo, a man desparate to pay off his mounting debt. Meanwhile, Leo Sang Yi portrays Woo-jin, Geon-woo’s former boxing opponent who ends up becoming his new ally.

Viewers will witness the lives of the rich and famous through the lens of Seo A-ri (Park Gyu Young), an influencer who becomes a celebrity overnight after a few daring moves. Here, the number of followers equal competitive edge, with A-ri having to fight to keep her 15 minutes of fame last for a much longer run.

In a dystopian 2071, humanity now relies on respirators to breathe due to extreme air pollution, and couriers play a critical role in a decaying society. Enter Kim Woo Bin’s 5-8, a legendary deliveryman with extraordinary battle skills, alongside Kang Yoo Seok’s Sa-wol, a refugee who becomes 5-8’s protégé. Together, they face the threat of Song Seung Heon’s Ryu-seok, the sole heir to Chun-myung Group, a company who controls the world’s oxygen.

Following the hits Business Proposal and Vincenzo, Ahn Hyo Seop and Jeon Yeo Bin pair up in this time-slip romance. Yeo Bin plays Jun-hee, a woman distraught over the passing of her boyfriend. Soon, a temporary fix falls in her lap as she gets a chance to turn back time to 1998, where she meets Si-heon (Hyo Seop), a man who looks exactly like her boyfriend.

Song of the Bandits (Q3)

In Korea’s Japanese colonial era, a group of people end up in the lawless land of Gando, where Japanese troops, the Korean Independence Army, hitmen, bandits, and Joseon migrants, clash to the tune of the 1920s’ tumultuous times.

The follow-up to the military drama sees the continuation of the stories of Jun-ho (Jung Hae In) and Ho-yeol (Koo Kyo Hwan), as they witness the realities of South Korea’s army deserters while tasked to pursue them.

The thriller and black comedy follows Kim Mo-mi (Go Hyun Jung, Nana), an insecure office worker by day and live streamer by night, whose identity is protected by a mysterious mask. She finds herself entangled in a series of incidents and dramatic turn of events, based on the hit webtoon of the same name.

A star-studded cast awaits audiences of this 1945 creature thriller starring Park Seo Joon, Han So Hee, and Avengers and Fantastic Beasts' Claudia Kim. Set during one of the darkest times of Korean history, the drama unravels the story of two young characters’ encounter with a monster born out of human greed.

The tales of trouble of Green Home’s residents are told once again in Sweet Home’s second season. After battling their neighbors-turned-monsters, the tenants are joined by a new set of actors who showcase the many different dimensions of human nature amid the need to survive.

All-around performer Bae Suzy takes a page from her real-life know-how as the titular character Doona, a former K-pop idol-turned-student. After a chance meeting with ordinary undergrad Won-joon (Yang Se Jong), romance could soon be about to bloom despite their disparate pasts.

Da-eun (Park Bo Young) becomes the newest nurse in a hospital’s mental health department, where she uncovers the world inside a psychiatric ward and the heartwarming stories of the patients she’s tasked to care.

The planet is in chaos with only 200 days left before an asteroid wipes out humanity. From a middle school teacher to a bio-engineering researcher, the drama follows the intersecting stories of individual characters and how they spend Earth’s last days.

Behind Your Touch (Working Title)

Ye-boon (Han Ji Min) has always dreamed of becoming a vet, but life seems to have other plans for her, as she’s stuck doing menial work. But a visit to a cow farm turns her life for the better–or worse–when she’s struck with psychometric powers, and becomes the unlikely partner of detective Jang-yeol (Lee Min Ki).

Widowed single mom Young-soon (Ra Mi Ran) has a reputation as a “bad mother,” who’s hard on her grown son Kang-ho (Lee Do Hyun). But when an unfortunate accident renders him back into the mind of a seven-year-old, Young-soon gets another chance with Kang-ho's second childhood.

The heir of King Group Guowon (Lee Jun Ho) has everything but the memories of his mother. To uncover them, he retraces his steps back into the King Hotel, where he meets employee Cheon Sa-rang (Lim Yoon Ah) who’s worked her way up to the front desk and onto the big leagues.

A curse comes between the story of Lee Hong-jo (Jo Bo Ah) and Jang Shin-yu (Rowoon) as a forbidden book sealed 300 years ago lands in the possession of Hong-jo, with Shin-yu becoming its next victim.

Despite having zero attachments to her previous lives, Ban Ji-eum (Shin Hye Sun) has the unique ability of remembering them. But an accident turns things for the worse after the death of Moon Seo-ha (Ahn Bo Hyun), a man she’s destined to meet, who she’s now set to reconnect in her 19th life.

10 K-Dramas that Piqued the Most Interest in 2022, According to Google