JUST IN: Jinkee Pacquiao Is One Glamorous Ninang at a Wedding Wearing Accessories Worth at Least P10 Million|Read more »
Culture | By Sabrina Basilio - Dec 30, 2021 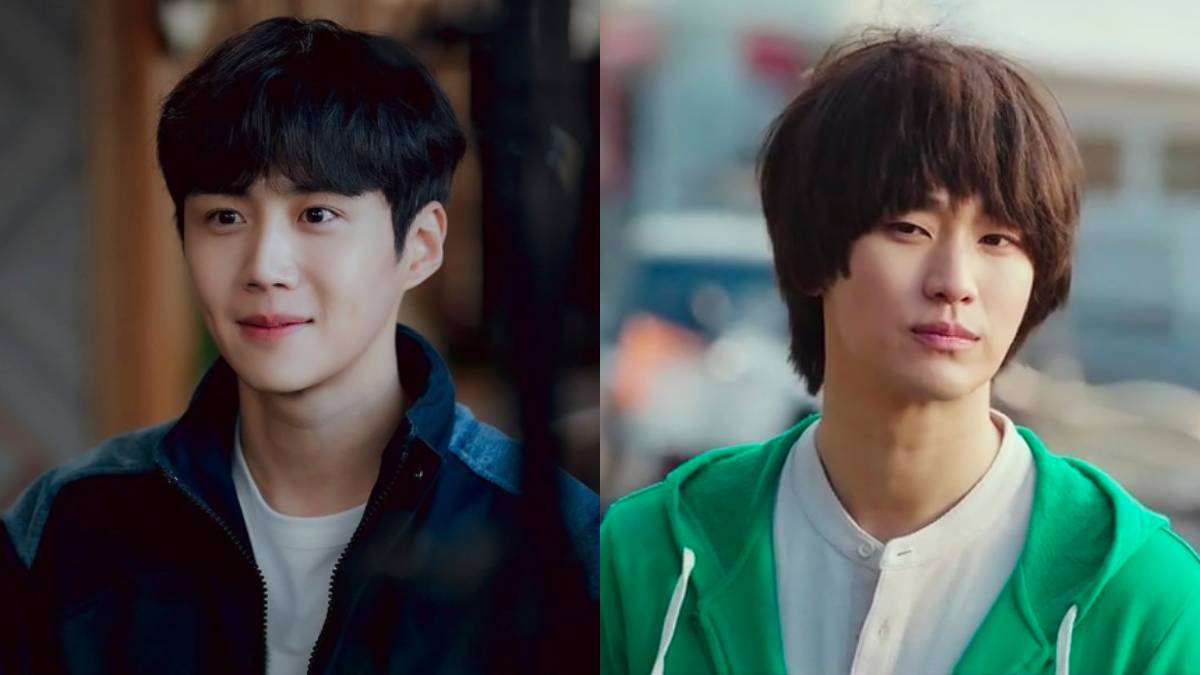 With such strong screenplays, high production value, and impressive performances alone, Korean dramas already wield exceptional, uplifting power over the lives and nations they reach. We wager that another reason for this meteoric success is the endearing exchange of support that popular K-drama actors provide for each other. By this, we refer to something beyond the personalized coffee trucks that actors would send each other on set, but memorable and meaningful cameos.

Longtime K-drama fans are always in for an extra treat when the shows and on screen characters they love are graced with the unannounced presence of another celebrity they love. For some shows, the brief appearance of in-demand actors and international stars yield not only online waves of euphoria among fanbases, but also very favorable viewer ratings for the entire show.

In any case, we can all agree to love a good momentous cameo, especially the ones that find the delicate balance between fan service and heightened dramatic stakes.

Here are our top picks for the most unforgettable cameo appearances in K-dramas:

Being the highest paid Korean actor of 2020 also means being a King of Cameos for actor Kim Soo Hyun. He first sent shock waves with his appearance at the end of Miss Granny (2014), and then again when he briefly reprised his role as Song Sam-dong for Dream High Season 2 (2012). In 2019, he reunited with his Dream High Season 1 co-star IU when he took on a cameo role at the end of the tvN hit Hotel del Luna.

For the unacquainted, Hotel del Luna is a curious story about a curious hotel that caters to spirits and prepares them for the afterlife. Heading its operations is CEO Jang Man-wol, who is eternally bound to run the establishment unless she lets go of her vengeful bloodlust and hatred. The best (spoiler-free) way to find out where Kim Soo Hyun figures in this mysterious story is to watch the show all the way to its closing montage.

There is a long list of things to look forward to in Squid Game and among them is the perplexing character played by Coffee Prince and Train to Busan actor Gong Yoo. The show producers understood the power of this actor's charm and used it when they cast him as the mysterious game recruiter that bookended the show and generated ample slapping memes on the Internet. Let it be said that such a remarkable scene is only worthy of a remarkable actor, and Gong Yoo was the perfect choice for it.

It’s always a delight to see the prolific Park Seo Joon in a drama starring other prolific male A-listers. It’s another delight altogether when said prolific male A-lister appears out of nowhere to give the show a sweet, and unresolved finale. Reply 1988 actor Park Bo Gum achieved exactly this when he appeared in Itaewon Class as the aspiring chef for the new restaurant of Kwon Na Ra. A lot is exchanged between the two characters in a span of two quiet and intense minutes—a testament to Bo Gum’s ability to instantly capture everyone’s  hearts and imaginations.

Of course Park Seo Joon kindly returns the favor by guesting in Park Bo Gum’s 2020 drama Record of Youth, a story about three young dreamers in pursuit of careers in the fashion industry. Since this life of autographs and agencies is something both Seo Joon and Bo Gum know a thing or two about, it’s likely that filming Seo Joon’s cameo scene was playful and exciting for more than one reason.

We owe our thanks to Weightlifting Fairy Kim Bok Joo for many things: Nam Joo Hyuk on our radars; a unique coming-of-age sports drama; a new appreciation for Korean fried chicken; and of course, Lee Jong Suk’s adorable cameo. The W star appears as a customer at the chicken restaurant of Kim Bok-joo’s father, and even recognizes Bok-joo’s uncle, who is played by his W co-star Kang Ki Young. Jong Suk grabbing Ki Young’s wrist and asking, “Haven’t I seen you before?” for sure caused an uproar among his knowing fans.

Search: WWW is, first and foremost, a drama about three career-driven women in their 30’s caught in the web of search engine politics. Because romance takes a backseat here, like a triptych designed to enrich the arc of the female leads, the scene where elevator doors open to the commanding build and intensity of Lee Dong Wook is completely out of left field. There are no complaints against that, though. He is a beautiful man with a beautiful one-liner, but he’s not here simply to deliver beauty or fan service. Not in this show. Thus, the speculations as to his character’s contribution are endless, especially with a screenplay in which work-life balance and female friendships take center stage.

7. Jung Hae In in Goblin

Another person we will never complain about seeing is Jung Hae In. Give him 30 seconds or five minutes of screen time, and it will be more than enough. The editors of Goblin seem to know that based on the way they curated his comedic and yet stunning entrance in episode 7, I Think It’s Your Face. Thankfully, he graces one more episode in the show since he plays Choi Tae-hee, the first love of Ji Eun-tak (Kim Go Eun).

Everybody in the K-drama world knows that Kim Seon Ho’s dimples hold the key to world peace. Any leading lady (or frenemy, in the case of Nam Joo Hyuk in Start Up) is lucky to behold them, and the same goes for Shin Se Kyung who plays Oh Ji-moo in the JTBC drama Run On. Over a casual meal, we learn that he is a film director whose work made it to the Dubai Film Festival thanks to her translations. We also hear them exchange laughs and light jabs at their history—a short but sweet banter that served as a lifeline for many Seon Ho fans during the waiting period between Start-Up and what would be his next big hit, Hometown Cha-Cha-Cha.

9. Suzy Bae in My Love from the Star

An old but gold cameo is Suzy Bae’s iconic appearance in the 2014 SBS drama My Love from the Star starring Kim Soo Hyun and Jun Ji Hyun. If Suzy had been slated for a recurring role, this would have made for one of the most powerful triads in the history of Korean romantic comedies. We’re lucky, however, that her appearance was brief enough to evoke some good laughs and finally prompt the two quarreling leads to clarify their feelings for each other.

10. Kim Soo Hyun in Crash Landing on You

It would be criminal to leave out Kim Soo Hyun’s most epic cameo role to date, which is exactly why we saved it for last. No one could have foreseen his highly-anticipated return from military service to take the form that it did in Crash Landing on You, but it did and it was glorious to watch. Soo Hyun’s most devoted fans would know that his cameo role was a revival of his North Korean spy character Won Ryu-hwan from the 2013 movie Secretly, Greatly. That his signature green suit and bowl cut made it back on screen after seven years is already a testament to his exceptional talent. It’s another feat altogether that his next role after filming this wild cameo would be the reclusive caretaker Moon Gang-tae in It’s Okay to Not be Okay.