LOOK: How To Take Stunning Underwater Swimsuit Photos, According To Filipina Celebrities|Read more »
Culture | By Jam Nitura - May 31, 2020

Dying to know more about the beloved Hallyu star? 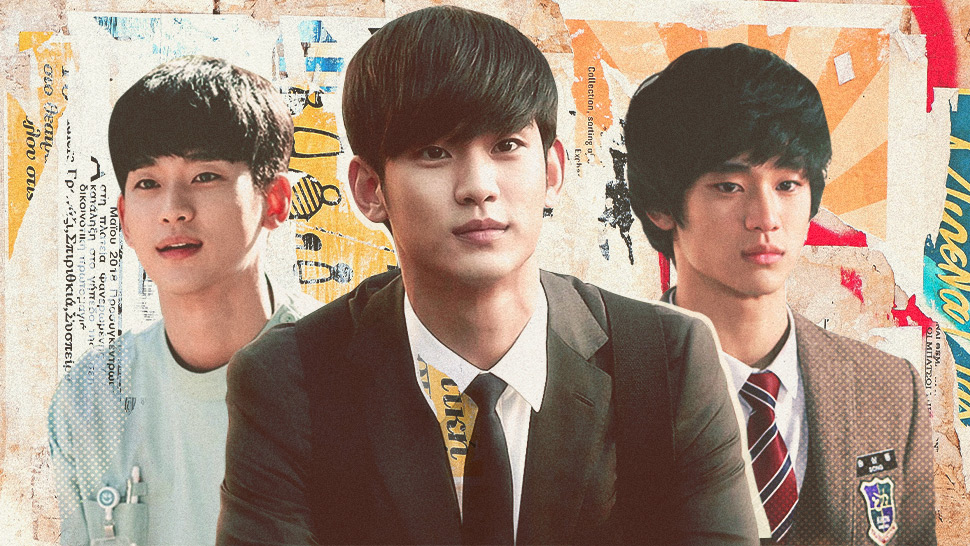 From Dream High to My Love from the Star, Kim Soo Hyun has long proven to be a beloved household name in the Hallyu industry. Case in point: Five years after his last K-drama lead role on The Producers, he has so easily sent social media into a frenzy once again as fans clamori for his comeback project, the tvN romantic drama It's Okay to Not Be Okay.

Ready to get schooled on all things Kim Soo Hyun? Let's start with some basic facts about the Korean actor. Below, we round up 10 things about Soo Hyun that every fangirl should know by heart:

Soo Hyun was born on February 16, 1988. Though that currently makes him 32 years old, Korean culture dictates that all newborns are already a year old from the time of their birth. Hence, the actor’s actually 33 in Korean age.

Soo Hyun started his acting journey at the young age of 19. This 2020 marks 13 years since he first stepped out into the spotlight with a supporting role in the 2007 sitcom Kimchi Cheese Smile as a pretentious college swimmer.

3. "Dream High" is considered as his breakout role.

After quick stints in a few TV series and movies, the actor finally made a name for himself as Song Sam Dong, a country bumpkin revealed to be a music prodigy in the 2011 teen drama Dream High. He starred alongside Bae Suzy, Ham Eun Jung, and his now good friend IU. The series received over 35 award nominations in the course of three years.

4. He was just recently discharged from the Korean military.

As mandated by the Korean government for its male citizens, Soo Hyun served two years in the military service. The actor entered the army on October 23, 2017 and was soon assigned to the 1st Reconnaissance Battalion. Thanks to his exceptional conduct, he was reportedly promoted to Sergeant in no time. After being discharged last July 1, 2019, the beloved actor was greeted by over 300 fans and 70 reporters in front of the Imjingak Peace Bell in Paju, Korea. When asked about his experience, he fondly told reporters, “While I was in the military, I trained hard just like any other soldier, and I was even awarded the title of Special Class Soldier. I worked hard and did my very best.”

5. He tried out to be a professional bowler.

Did you know that Soo Hyun harbors a special love for bowling? So much so that he even tried out for the sport professionally. In an article by Korea Times, his then-management, KeyEast Entertainment, revealed that he applied for the Korea Professional Bowling Association last October 2016, though he failed to secure a spot by the second round of try outs. "I spend most of my free time enjoying bowling. I usually bowl with a 14- or 15-pound ball,” he once said during a 2014 fanmeet.

6. He can sing really well!

It’s true, our favorite boy wears many hats. Not only is he a celebrated actor and a bowling enthusiast, he also has quite the singing chops, much like his half-sister, singer Kim Ju na. Aside from taking on a singing role in Dream High, Soo Hyun has lent his voice countless times for the original soundtracks of the series he’s starred in. This includes two songs from My Love from the Star, titled In Front of Your House and Promise, as well as The One and Only You for his romantic drama Moon Embracing the Sun.

7. He suffers from a heart condition.

Soo Hyun has reportedly suffered from a cardiac disorder ever since he was in middle school. Don’t worry though, he’s since received proper treatment for it, including a surgery last 2010. “I’m so sorry. It wasn’t a big operation. If it were the past, they [doctors] would have opened my heart, but now, that wasn’t the case. I’m okay. I’m healthy now,” he reassured fans in an interview days later.

Back in 2012, Soo Hyun apparently made headlines after naming British actress Kaya Scodelario (Skins, The Maze Runner) as his ideal woman. Lucky for him, he soon met the girl of his dreams months later when the two graced a commercial spread for jewelry brand J.Estina together. Kaya is currently married to American actor Benjamin Walker.

Six years ago, Soo Hyun set a record for contracting 35 commercial films in just one year. This gave him the most number of endorsements among Korean celebrities in 2014, most of which was thanks to the international traction he gained from My Love from the Star.

10. He trained himself to be ambidextrous for his dramas.

Though dominantly left-handed, Soo Hyun has had to use his right hand more than once for his acting roles. He exhibited this in a scene from the 2009 drama Father’s House, as well as in My Love from the Star. In one set, Soompi reports that the actor “requested to use his right hand to perfect the scene and the drama’s overall quality,” seeing as the child actor for his role had appeared on the show using his right hand.