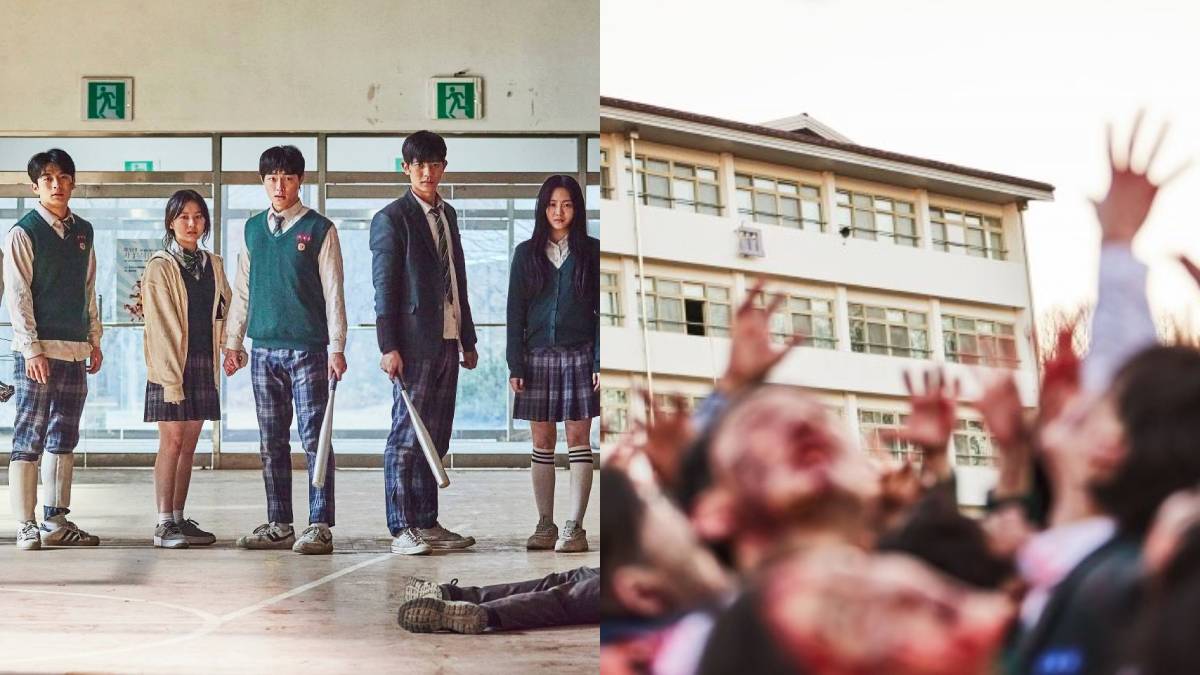 It looks like the popularity of the zombie thriller sub-genre is on a steady crescendo. Maybe it’s a reflection of our collective mood—as in, living in a seemingly dystopian COVID-19 world—or maybe it’s just a really entertaining genre to watch. Who knows? But it’s definitely here to stay.

Following their successful Korean zombie series Kingdom, Netflix is releasing yet another original drama entitled All of Us are Dead. It’s based on a popular webtoon called Now at our School by Joo Dong Geun. In contrast to Kingdom, though, the show is set in the modern world and features a cast of fresh-faced, young actors.

Intrigued? Here's everything you need to know about "All of Us Are Dead":

All of Us are Dead follows a group of high school students in their struggle to survive a zombie apocalypse. They are trapped inside a building and are forced to fend off the virus that has already ravaged most of their teachers and classmates. There’s not much intel on plot specifics, but if Kingdom, Train to Busan, or #Alive are any indications of what to expect from a Korean zombie offering on Netflix, then we're certain it’ll be a thrilling spectacle full of gory, nail-biting scenes.

As mentioned above, an exciting group of young actors were cast to star in the series. Let’s start with the male lead, Yoon Chan Young, who will play the character of Chung-san. Don’t let this 20-year-old, baby-faced boy fool you, because he’s an established actor with a plethora of television dramas under his belt. He’s been active in the industry since he was thirteen (thirteen!) and has even won Best Young Actor awards from the APAN Star Awards, SBS Drama Awards, and MBC Drama Awards.

The female lead, named On-jo, will be played by Park Ji Hoo. At eighteen years of age, she is the youngest in the entire main cast, but is definitely a force to be reckoned with. The actress is best known for her performance in the award-winning indie film House of Hummingbird. Since then, she’s been cast in larger-scale productions such as Climax Studio’s Concrete Utopia, and of course, Netflix’s All of Us Are Dead.

Also part of the main ticket is actress Cho Yi Hyun, who will play a character named Nam-ra. The 22-year-old started her acting career in 2017, and has since appeared in an impressive number of television dramas. She’s best known for acting in Hospital Playlist, How to Buy a Friend, My Country: The New Age, and the ongoing youth drama School 2021.

Meanwhile, Park Solomon will play the role of  Lee Soo-hyuk. The 22-year-old is both a model and actor. He had his acting debut in Bride of the Century, and can also be found in Sweet Revenge, Lookism, and Park Shin Hye's Doctors.

The final member of the main cast is Yoo In Soo, who portrays Yoon Gwi-nam. An incredibly serious actor, In Soo already has a long string of dramas under his belt despite his young age. This includes familiar titles like At a Distance, Spring is Green; Stranger 2; and Sweet Revenge.

Other faces you can expect to see in All of Us Are Dead are Son Sang Yeon, Lee Hyu Kyung, Kim Byung Chul, Shin Jae Hwi, Lee Chae Eun, and Squid Game's Lee Yoo Mi.

Where to Watch it

All of Us Are Dead is said to have eight episodes with 40 minutes each and will air on Netflix. It is set to premiere sometime in January 2022. There's no final date yet, but our remotes are definitely ready to press play.