JUST IN: Jinkee Pacquiao Is One Glamorous Ninang at a Wedding Wearing Accessories Worth at Least P10 Million|Read more »
Culture | By Kim Alexine Victoriano - Dec 23, 2021 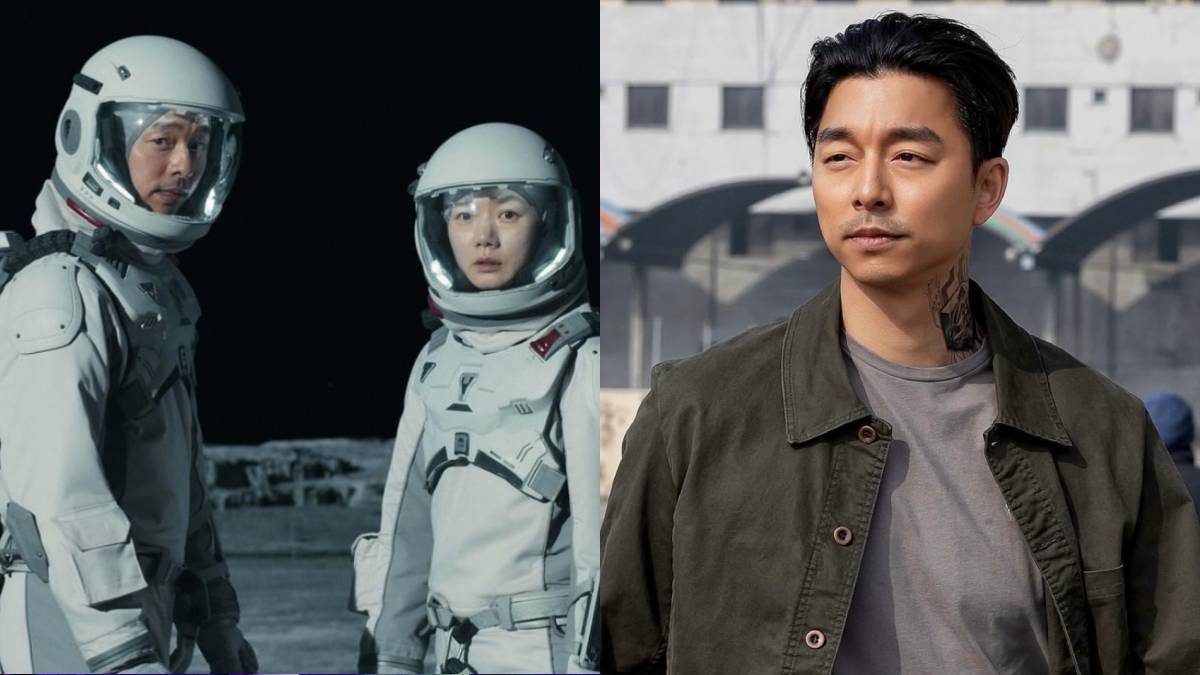 ICYMI, Gong Yoo is set to make his drama comeback as a space exploration team leader in the Netflix original series The Silent Sea. The show’s production, which was announced back in 2020, will be starring some of the biggest names in the industry, including Bae Doona, Lee Joon, Lee Moo Saeng, Kim Sun Young and Heo Sung Tae.

The series was inspired by the 2014 short film The Sea of Tranquility, which is also helmed by the same director and screenwriter, Choi Hang Yong. For this limited series, the director has teamed up with writer Park Eun Kyo, who is the brains behind Parasite director Bong Joon Ho’s film Mother. In addition, actor Jung Woo Sung is also credited here as an executive producer.

Here’s everything else you need to know about the upcoming sci-fi thriller The Silent Sea:

Earth in the year 2075 is barely habitable as the planet faces desertification with an immense water shortage that is bound to only worsen in the coming years. In hopes of finding a solution to the global crisis, an elite team of experts are recruited to embark on a classified mission to the moon. As the team proceeds with what was supposedly a quick extraction mission, the sinister past of the station begins to unfold before their eyes, bringing forth unforeseen dangers that will put their lives on the line.

Korean heartthrob Gong Yoo makes his much awaited drama comeback in this Netflix original series, five years after the success of Goblin a.k.a. Guardian: The Lonely and Great God. Here, he plays the role of Han Yun-jae, the team’s exploration leader. As described by Netflix, Yun-jae is a character who, though has limited information about the mission, puts the safety of his team above all else, despite being placed in dangerous positions himself.

In an interview with GQ Korea, Gong Yoo expresses that he decided to take on this role for the captivating storyline it has to offer.

Playing opposite him is the ever-impeccable Bae Doona. You might know her best as Seo-bi in the hit series Kingdom, but in The Silent Sea, you’ll meet her as astrobiologist Doctor Song Ji-an. Ji-an joins the team of individuals headed to the moon to retrieve samples to help aid the earth’s desertification crisis. However, as the team begins their exploration around the now-abandoned Balhae Base station, she becomes determined to uncover the truth behind the mysterious events that took place there in the past, after she discovers strange evidence found in the station.

In an interview with The Korea Times, the actress expresses her passion in taking on adventurous projects. This is because challenging storylines such as one that's set in space pushes her creative boundaries as an actress. This marks Doona’s fourth appearance in a Netflix original series.

Lee Joon (Pinocchio), who will be portraying the role of Captain Ryu Tae-seok, is a head engineer and elite member of the Ministry of National Defense in the series. He volunteers to embark on this perilous mission in an attempt to escape the restraints of his duties in the Ministry.

The sci-fi thriller is set to premiere on Netflix this December 24, 2021. Soompi reports that the series will run for a total of eight episodes.