JUST IN: Jinkee Pacquiao Is One Glamorous Ninang at a Wedding Wearing Accessories Worth at Least P10 Million|Read more »
Culture | By Nicole R. Cruz - Dec 14, 2021 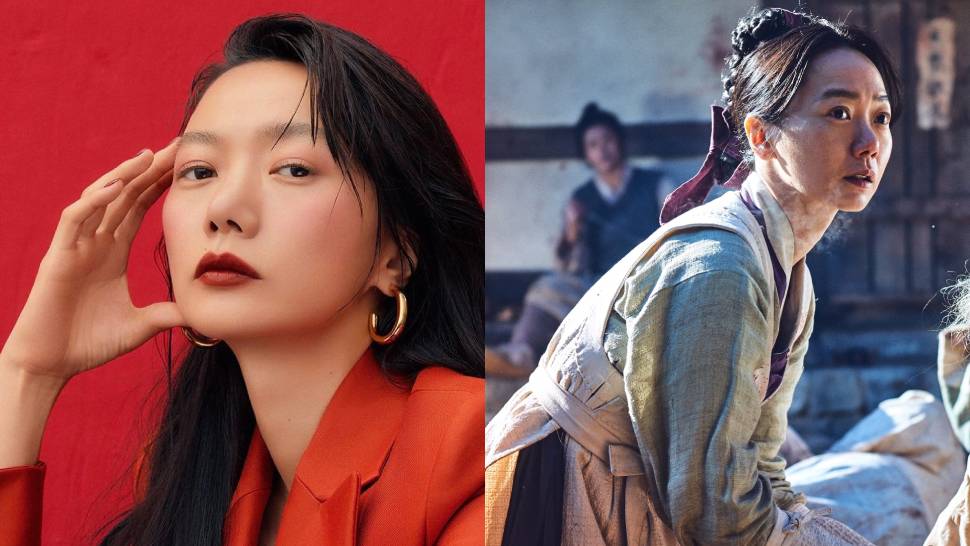 IMAGE INSTAGRAM/doonabae, NETFLIX/Kingdom
The "Kingdom" and "The Silent Sea" actress is also a Hollywood star.

Whether you’re a K-drama newbie or a die-hard fan, you’ve probably come across the name Bae Doona at least once. This veteran actress is not only a huge star in Korea but also worldwide after having appeared in a slew of Hollywood films, including Cloud Atlas and Jupiter Ascending. Despite having been in the industry for over two decades, Doona continues to push boundaries by challenging herself with a growing list of diverse roles. In other words, there’s still more to look forward to from this global sensation!

Here are 10 things you need to know about Bae Doona:

Doona was born on October 11, 1979, in Seoul, South Korea. Her mother was a seasoned theater actress who introduced her to the world of show business. Growing up, Doona would watch her mom at work, which eventually led to her interest in the craft at an early age.

2. She began her career as a fashion model.

Although Doona took up acting and filmmaking at Konkuk University and Hanyang University, she actually started out as a model in 1998 after being discovered by a talent agent on the streets of Gangnam. She was featured in the catalog of COOLDOGS before landing more assignments thereafter.

3. She rose to fame for her role as Sadako in the Korean remake of "The Ring".

Doona’s onscreen debut was for the television series School, which aired in 1999, but it was her role as the haunting Sadako or Park Eun-suh in The Ring Virus (1999) that gained her national exposure.

Just a year after, Doona worked with director Bong Joon Ho on his first feature film, Barking Dogs Never Bite, earning her the Best New Actress Award at 2000 Blue Dragon Film Awards. “That film made me decide to become an actress–a good actress–and that film thereby changed my whole life,” she shared in an interview with FilmDoo.

4. She is best known for her work in drama and thriller films.

In 2001, Doona continued to prove her acting chops through the coming-of-age movie Take Care of My Cat. Her performance won her the Best Actress Award at the 2002 Baeksang Arts Awards—a huge deal for an artist who had just started two years prior.

She began making waves internationally through Sympathy for Mr. Vengeance (2002), a thriller film about a kidnap-for-ransom gone awry. However, it was her second film with Bong Joon Ho that put her on the map.

Released in 2006, The Host tells the gripping tale of a man rescuing his daughter who had been snatched by a monster from the Han River. Doona plays the girl's sister, an experienced archer who uses her skills in the dangerous quest to get her back. She is also known for playing the lead role in the Japanese film Air Doll (2009), where she portrayed a doll that comes to life and explores the real world, falling in love in the process.

One of the most recent thrillers she’s known for is Netflix’s zombie series Kingdom (2019), where she plays a physician's assistant named Seo Bi. She also stars in the sci-fi mystery drama The Silent Sea (2021), alongside Hallyu leading man Gong Yoo.

The 2010s saw Doona making a name for herself in Hollywood through her films with legendary American writers/producers The Wachowskis, the sister duo behind The Matrix and V for Vendetta.

She first worked with them in 2012 for Cloud Atlas wherein she co-starred with Halle Berry, then later again in 2015 for Jupiter Ascending, headlined by Channing Tatum and Mila Kunis. Doona also top-billed the beloved but short-lived Netflix science-fiction show Sense8 (2015-2018). Here, she played Sun Bak, an incarcerated businesswoman with deadly martial arts skills.

You’ve probably noticed that Doona isn’t afraid to take on action-packed projects. Well, that’s because the actress is a true fighter who makes sure to give it her all whenever she prepares for roles.

“When I choose a movie, I choose a character that I understand. Then I make the necessary efforts to be ready professionally: learn archery to play an archer, kick-boxing to make a combat scene work. For #jesuislà, I had to learn French. It is these concrete training sessions that allow me to better understand a character and to play it with realness,” she shares in an interview with L’Officiel USA.

7. She’s nominated for an award almost every year!

Given her unwavering dedication, it’s no wonder Doona has been nominated in awards ceremonies almost every year since she began her career. She boasts a Blue Dragon Film Award (Barking Dogs Never Bite), a Baeksang Arts Award (Take Care of My Cat), and even a Japan Academy Prize nomination for Air Doll.

But perhaps the most interesting are the awards she earned from A Girl at My Door (which was also screened at the Cannes Film Festival in 2014!) because it was a project she did purely out of passion. FYI, she accepted the part without pay after being deeply moved by the script. The film is an emotional story of a policewoman who takes in a child she suspects is a victim of domestic violence.

8. She’s the first Korean model to appear on the cover of US Vogue.

Her popularity landed her on the cover of US Vogue last March 2019, an issue that celebrated global talent and featured phenomenal women from 14 countries. Doona was photographed alongside Scarlett Johansson and Deepika Padukone wearing floral headpieces and romantic frocks.

9. She is also a photographer.

Her love for immersing herself in stories led to her interest in photography and eventually to three photo essay books that depict life from her own perspective. She released a book annually from 2006 to 2008. The first was Doona’s London Play, which captured her travels in London and spanned 254 pages. The second, Doona’s Tokyo Play, showed her experience while filming the Japanese movie Linda Linda Linda (2005), while the third provided a more intimate glimpse into her personal life in Seoul.

If you’re obsessed with Bae Doona (or you're beginning to be!) and want to keep tabs on her life, go ahead and follow her Instagram at doonabae. She posts everything from her projects, to magazine covers (yes, she’s acquired a lot), to the food trucks she gets while on set. Plus, she also shares behind-the-scenes moments whenever she’s working on a fresh movie or show–and let's face it, she always has one.