You might've seen her in one or two Bench ads. 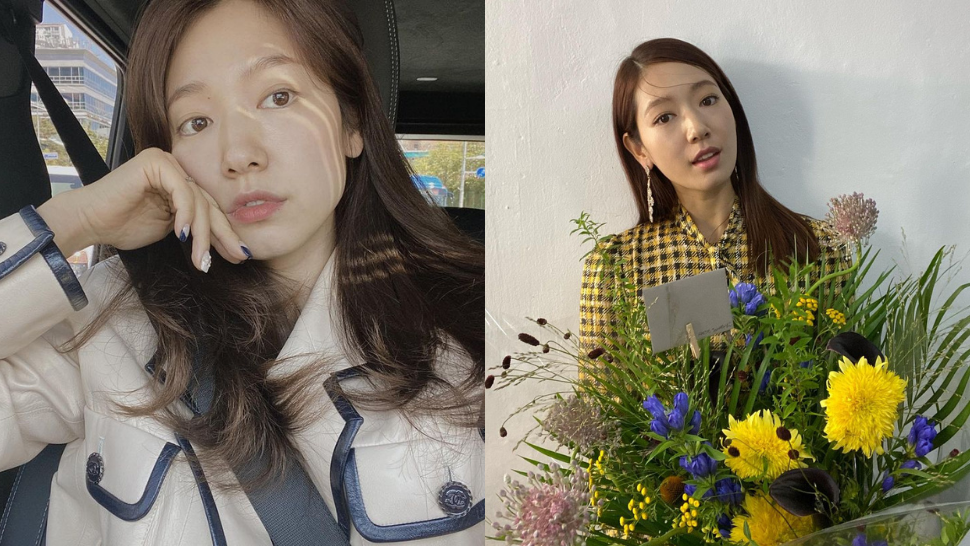 Park Shin Hye's caliber as a performer is a rare one to come by. Being in the industry for almost two decades now, her acting chops, coupled with her charming looks, make her one of the most lovable faces on our screens—and we're not the only ones who think so. In two months, she's set to tie the knot (and later on, become a co-parent) with fellow actor Choi Tae Joon.

Arguably one of Korea's most celebrated personalities, someone as talented and dedicated-to-their-craft as her totally deserves to look forward to such a joyous occasion. Before the 31-year-old actress walks down the aisle though, it's worth picking up some noteworthy facts about her.

Born in Gwangju and raised in Seoul, Shin Hye was born on February 18, 1990. She attended the Youngpa Girls' High School before majoring in Theater at Chung-Ang University.

2. She made her small screen debut in a music video.

The first thing on Shin Hye's acting resume is a music video appearance for the Lee Seung Hwan single titled "Flower." Released all the way back in 2003, who would've thought that her humble beginnings portraying a playful young girl would serve as a launchpad to national success?

3. She then had a supporting role in the drama Stairway to Heaven.

Following her music video gig, Shin Hye booked a minor role in the hit 2000s Korean TV series, Stairway to Heaven. She portrayed the younger Jung-suh, the role of veteran actress Choi Ji Woo. This led her to more supporting roles that developed her range as an actor, one of which was as a rebellious teenager in 2004's Very Merry Christmas.

4. Her breakthrough role was as Ye-sung in the hit comedy-drama Miracle in Cell No. 7.

It was only in 2013, ten years after she first appeared on our screens, that Shin Hye rose to mainstream popularity. Her moving portrayal as Ye-sung in Miracle in Cell No. 7, undoubtedly one of the most critically acclaimed Korean films in recent years, bagged her the Best Supporting Actress award at the 33rd Korean Association of Film Critics Awards.

The movie has since become an international sensation, and remakes from Turkey, Indonesia, and even the Philippines have been made (Bela Padilla notably took on her role in our adaptation.)

Aside from receiving acclaim for her performance as Ye-sung, Shin Hye's also been recognized at different ceremonies of the SBS Drama Awards, Baeksang Arts Awards and the APAN Star Awards, thanks to her roles in hit contemporary dramas such as The Heirs and Pinocchio. This led her to placing in the 33rd spot in Forbes Korea's Power Celebrity List in 2014.

Her list of accolades don't end there. Also in 2014, MBC's Section TV Entertainment Relay gave her the title as the "Nation's Little Sister," due to her endearing looks and charming skills as an entertainer.

She was also one of the recipients of the Prime Minister of Korea's Commendation at the 2015 Korea Popular Culture Awards for her invaluable contribution to Hallyu culture. Other recipients of such distinction include actor Lee Min Ho and girl group 2NEI.

7. She's an endorser for international brands, including Bench.

It's no surprise that many brands, within and outside Korea, clamored for the budding actress to be the face of their advertisements. Shin Hye's modeled for Italian luxury brand Bruno Magli, as well as French clothing line Millet. She's also reached our shores, having been tapped by local fashion brand Bench for a campaign series back in 2017.

8. She was the first Korean celebrity to be an ambassador for Swarovski.

Shin Hye has something in common with the likes of BLACKPINK's Rose, who represents Saint Laurent, and model-actress Jung Ho Yeon, who fronts Louis Vuitton. She was handpicked by luxury jewlery house Swarovski back in 2018 to be their first Korean ambassador. She even rubbed elbows with Nadja Swarovski, the chair of the brand's foundation.

Shin Hye's children with Tae Joon will most probably have to compete for her attention, since she's been a mom to a clowder of precious cats for years now! Whenever she's at home, the actress is happily welcomed by her feline friends, and she loves to document every adorable move they make on her Instagram.

This 31-year-old star also has a heart of gold. She's regularly been reported to make donations to several charitable causes in Korea, even establishing the Starlight Angel Project in 2011, which aimed to provide educational aid to children everywhere. For her charitable work, she was recognized as the Philanthropic Celebrity of the Year at the 2019 Asia Philanthropy Awards.

It's Confirmed: Park Shin Hye Is Pregnant And Getting Married!

6 Local Girls’ Love Shows And Movies No Sapphic Should Miss