You can stream all these titles online! 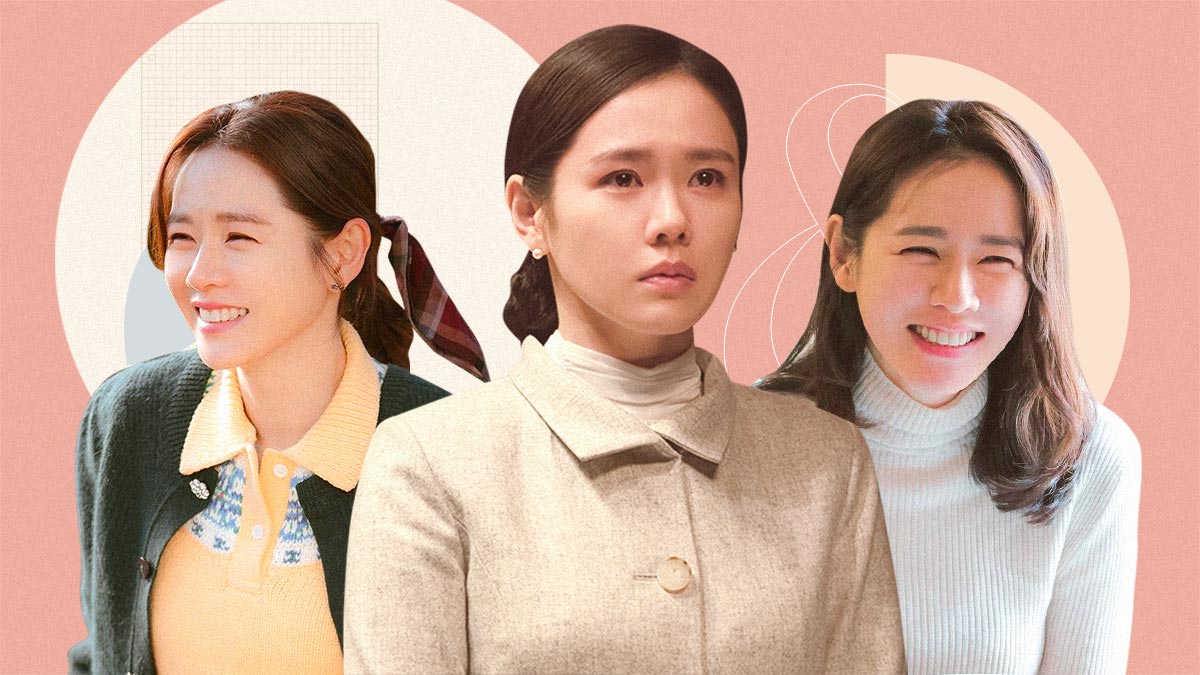 IMAGE Crash Landing on You/TVN, The Last Princess/Lotte Entertainment, Something in the Rain/JTBC
You can stream all these titles online!
Shares
Share
Tweet
Comments

Whether she’s kicking butt on the big screen or she’s making viewers swoon on TV, Son Ye Jin is undeniably a certified star of both mediums. Sure, we all know her from her crush-worthy portrayal of Yoon Se-ri in Crash Landing on You, but you can bet the veteran actress, with her long tenure in the industry, has a lot more to show for than just being a stylish chaebol heiress (a character trope she’s well versed with by now).

If you want to see more of Ye Jin’s award-winning acting prowess, read on!

Here are 10 movies and K-dramas starring Son Ye Jin that you can stream online:

Alternatively titled Shark, Don’t Look Back finds Ye Jin as Jo Hae-woo, a reluctant heiress who eventually decides to become a prosecutor instead. Her career change is driven by the loss of her first love, Han Yi-soo who, unbeknown to her, has altered his identity in order to take revenge on her family after they caused his father’s death. His plan, however, hits a snag when he ends up falling for Hae-woo all over again.

Yoon Jin-ah has always been unlucky when it comes to love and her situation doesn’t get any better when her boyfriend dumps her for being "unattractive." Just when she’s about to give up, she crosses paths with her close friend’s brother, Joon-hee. Despite their age difference, the younger video game developer is determined to win over Jin-ah’s heart with his boyish charms.

Crash Landing on You shot Ye Jin to international prominence and earned her a nod for the Best TV Actress award at the 56th Baeksang Arts Awards. In this beloved romantic drama, the lives of a South Korean heiress and a military officer collide when the former lands into North Korean territory after a paragliding accident. Thanks to the show's soaring popularity during its run, Crash Landing on You eventually became one of the highest-rated K-dramas on cable TV.

Ye Jin’s upcoming JTBC drama has her playing yet another wealthy career woman. Titled Thirty-Nine, the show follows three best friends as they navigate the ups and downs of their late thirties. Here, Ye Jin plays Cha Mi-jo, a successful dermatologist who heads a Gangnam clinic. Mi-jo was blessed with a charmed life thanks to her generous and supportive family.

Thirty-Nine will premiere sometime in February 2022. There’s no word yet on which streaming services will be carrying the K-drama, but we’ll definitely keep you posted here once we have the details.

When their respective spouses are caught in a car accident together, In-su and Seo-young, in the commotion, realize their partners are cheating on them with each other. With the two still unconscious, In-sung and Seo-yung decide to stay in a motel near the hospital where they end up growing close over their shared anger and heartbreak. They soon fall in love, too, but what happens to their blossoming attraction when In-su’s wife finally wakes up regretting what she’s done?

Ye Jin's performance in the film earned her three Best Lead Actress nods, including one from the 26th Blue Dragon Film Awards.

Police officer Jo Dae-yeong is tasked to track down a crime ring with ties to the Japanese Yakuza. His job quickly turns complicated when he saves a woman one day, only to find out she’s the leader of the gang he’s been searching for. Ye Jin portrays Baek Jang-mi in the action film, the said gang boss who throws Dae-yeong’s plans for a loop.

When street magician Jo-goo sees a distraught girl named Yu-ri in the crowd during his performance, he makes her the inspiration behind his new horror magic show. As the new production becomes a hit overnight, Yu-ri ends up working for Jo-goo, not knowing what she did for him. Now famous and successful, Jo-goo sets out to uncover the dark secret that’s been keeping Yu-ri from getting close with him and his staff.

Ye Jin was nominated for Best Film Actress at the 48th Baeksang Arts Awards, thanks to her dynamic portrayal of Yu-ri's complex personality.

The vacation plans of four Chinese tourists go awry when they save a stranger from a car accident. Unaware of the woman’s identity (as played by Ye Jin), the encounter lands them in a wild adventure that involves kidnapping and murder.

In this novel-based period film, Ye Jin portrays the last princess of the Korean Empire, Princess Deokhye. She’s taken to Japan to finish her studies but is refused passage back home after her many attempts to return. While in Japan, the princess fights to keep the hopes of her countrymen alive, all while her friend, Kim Jang-han, a military officer, plots to finally bring her back to Korea.

Ye Jin portrays Im Soo-ah, a deceased mother, in this tragic melodrama. Before passing away, Soo-ah makes a promise to her husband, Woo-jin, to meet again one day during the rainy season. A year later, she miraculously keeps her promise and comes back to her husband and son. The catch? All her memories have disappeared and she once again has to leave when the season is over.

Who Is "poblacion Girl" And Why Is The Internet Talking About Her?

This Cool Food Train Will Satisfy All Your Korean Cravings