After his soaring popularity in "Crash Landing on You," he stole our hearts once again with "Mr. Queen." 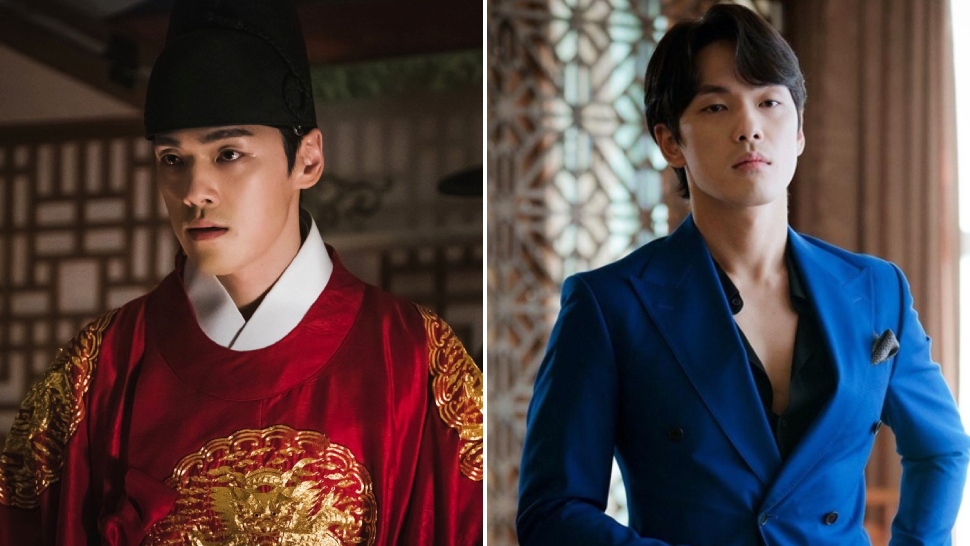 Still can’t get enough of King Cheoljong from Mr. Queen? Same here! While the tvN drama has finally come to a close—and to record-breaking ratings, no less!—our love affair with all things Kim Jung Hyun has definitely just begun. Below, we list down 10 things any new fan should know about the South Korean actor!

Star sign enthusiasts, FYI, Kim Jung Hyun is an Aries. He was born in Busan, South Korea on April 5, 1990.

2. He started off as a theater actor.

Kim Jung Hyun had dreamt of becoming an actor at a young age. He started off with theater and even established a theater a group in his high school, where he once ended up writing his own play. “It was a story about a mother. It was the first time I spent a long time writing something,” he shared in an interview with Arena Magazine. Now a big screen name, if given the opportunity again, Jung Hyun revealed that he would jump back into stage acting in a heartbeat. He said, “Plays proceed from beginning to end with great teamwork, and since there are no cameras, you can only show [the story] through acting. If I have a chance, I’d love to do it.”

3. He made his official acting debut through film.

When it comes to his official debut as an actor, it’s safe to say that Kim Jung Hyun hit the ground running. His first gig was for a romantic independent film titled Overman (2015), where he played a delinquent gymnast punished into doing school chores for fighting. During his shift as a library assistant, he meets a fellow schoolmate who he ends up falling in love with, despite being weighed down by their own personal problems. Jung Hyun received two Best New Actor nominations for his performance, from the 25th Buil Film Awards, and the 22nd Chunsa Film Art Awards.

After a successful film debut, it didn’t take long for Kim Jung Hyun to establish his leading man status on the small screen. While he won Best New Actor for a supporting role in the historical melodrama, The Rebel, it was the project that he booked right after that put him on the map in South Korea. Jung Hyun took the main role for the coming-of-age teen drama School 2017, in which he starred alongside The Uncanny Counter actress Kim Sejeong.

His portrayal of the rebellious Hyun Tae-woon brought him critical acclaim, and at least seven acting nominations from several award-giving bodies, including the 54th Baeksang Arts Awards.

5. He once dropped out of a drama midway through production.

Kim Jung Hyun suffered from eating and sleeping disorders back in 2018, which eventually led him to drop out of a drama he was leading, midway through production. Titled Time, the show found a way to naturally remove his character from the story, instead of replacing him with a different actor altogether.

“The actor is very heartbroken himself as he unintentionally caused trouble for the viewers who love the drama Time, the production team, and his fellow actors,” read a statement from Jung Hyun’s agency, O& Entertainment. “He will focus on his treatment and recovery and do his best to show better sides of himself in the future.”

6. He’s best know for his role on "Crash Landing on You."

Kim Jung Hyun eventually got back on his feet and made his comeback in 2019 on the tvN hit series Crash Landing on You, in which he also finally garnered international recognition. If for some reason you haven’t seen the show yet, the actor played Gu Seung-jun, a charming conman on the run, and one-half of the drama’s second couple.

According to Jung Hyun, CLOY was a “turning point” in his life as the show helped him to recuperate from his past physical and mental struggles. “What I’m most thankful for is that I learned that I’m someone who can be loved as well. I regained a lot of self esteem,” shared the actor in an interview with Sports DongA. “PD Lee Jung Hyo just said to me, ‘Let’s have fun,’ and that gave me a lot of strength. I’ve never been contacted so much from friends’ parents asking me to come over for dinner.”

Yet another actor with a gifted vocal chords, Kim Jung Hyun has lent his voice for the soundtracks of his 2018 film, Stay with Me, and his 2021 hit comedy drama Mr. Queen. Fun fact: He personally wrote the song he performed for Mr. Queen, titled Like the First Snow.

8. He took up horseback riding and martial arts for "Mr. Queen."

Speaking of Mr. Queen, Kim Jung Hyun shared that he actually practiced horseback riding and marital arts prior to filming, in order to properly portray his character, King Cheoljong. “I also put a lot of thought in how to portray the historical figure showing growth through an unexpected incident, and I analyzed with depth in hopes that my way of expression will be adequate,” the actor explained in an interview with Soompi.

9. His reason for acting is "to affect people."

Kim Jung Hyun’s main goal as an actor is to make a lasting impact with his roles. According to him, he finds his craft the most valuable when he’s able to touch others and subsequently gains feedback as a result. “It’s why I’m an actor. That shared life makes me worthwhile,” said Jung Hyun. “I’m thinking about how my life can affect other people and what I can give in that relationship.”

10. He has already completed his military service.

If you're just now discovering Kim Jung Hyun, feel free to stan him all you want because he isn’t going anywhere anytime soon. By that, we mean he's already completed his mandatory military enlistment a while back when he was just 21 years old!