JUST IN: Jinkee Pacquiao Is One Glamorous Ninang at a Wedding Wearing Accessories Worth at Least P10 Million|Read more »
Culture | By Em Enriquez - Jan 8, 2023 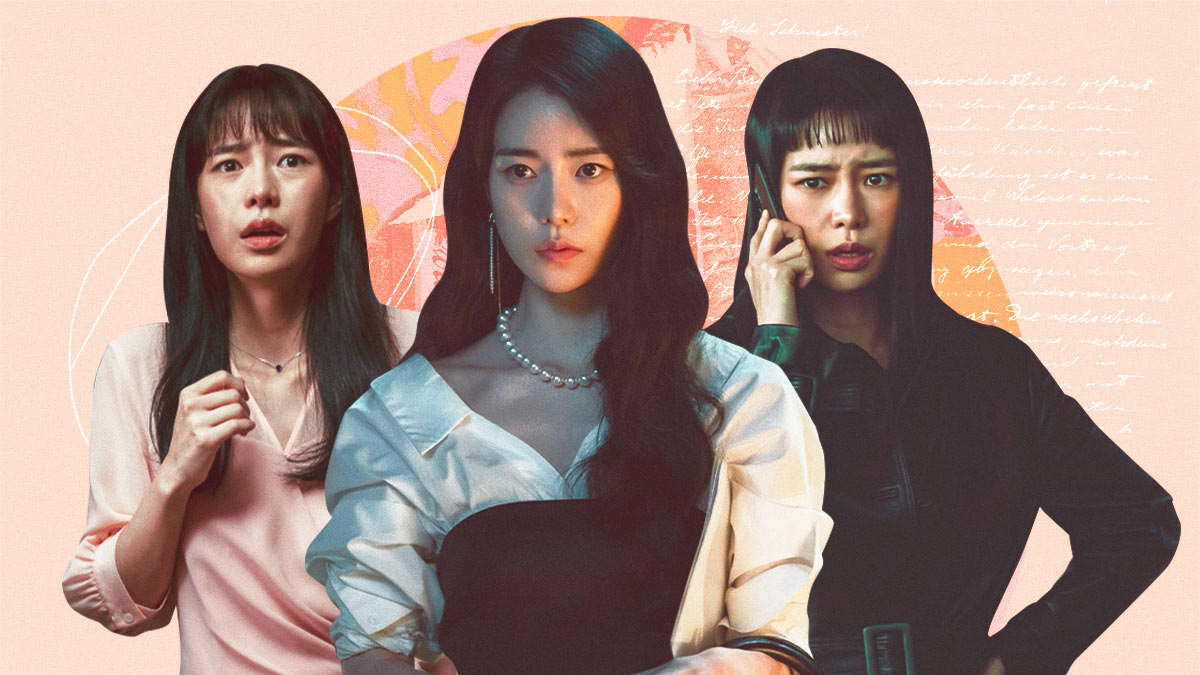 In case you haven't heard, a vengeful Song Hye Kyo is wrecking havoc on Netflix's The Glory. A K-drama that chronicles a scorned woman's elaborate plan to seek revenge on her high school bully, the show has quickly claimed the #1 spot on the streaming site's top TV shows list.

Who would dare cause any inconvenience to Hye Kyo's cynical Moon Dong-eun? That's a job for Lim Ji Yeon, who plays Park Yeon-jin on the series. Having honed her skills as a thespian through theater, Ji Yeon definitely stands up to one of Hallyu land's most prominent names, making the show quite the glorious watch.

While we wait for Part 2 of The Glory (which is coming this March, BTW), check out the rest of Ji Yeon's filmography below:

Years after enduring torment and violence from her her former bullies, Moon Dong-eun (Song Hye Kyo) seeks retribution and returns to her university as a homeroom teacher. The main perpetrator of her suffering, Park Yeon-jin (Ji Yeon), is now a successful weather forecaster beloved by the nation. Just as Dong-eun planned, Yeon-jin's child ends up as one of her students.

As the hostage situation at the Korean Mint reaches a boiling point, the Professor (Yoo Ji Tae) tasks one of his hench men to plant a seed of doubt on one of the task force's leaders. A new mercenary named Seoul (Ji Yeon) joins the boiler suit-clad crew, who are initially unsure if she is to be trusted.

Ji-na (Ji Yeon) is prompted to return to her family's old home called the "Rose Mansion" after her older sister mysteriously disappears. Detective Park Min-soo (Yoon Kyun Sang) becomes the only individual willing to help her traverse the ominous case.

A third-generation chaebol with wads of cash to spend at his disposal, Choi Ji-woo (Sung Joon) opens up a bar on a whim. Meanwhile, Seo Joong-hee (Ji Yeon) is a hardworking young lady who dreams of becoming an expert at French cuisine. Their lives get mixed together when a sip of a cocktail has some mystical effects to it.

Atty. Lee Jae-sang (Jung Ji Hoon) pulls no punches when he tackles his cases, and, sometimes, shows no compassion. His world literally gets turned upside-down when he gets transported to an alternate universe. Of all people, his impulsive ex-girlfriend detective Ra Si-on (Ji Yeon) joins him in navigating the uncharted territory.

After forcibly defecting to South Korea from North Korea, Kim Mi-poong (Ji Yeon) finally sees a chance to pursue her dreams of being a dancer. When she gets tied up in a family inheritance issue, she gets linked to Lee Jang-go (Son Ho Jun), a lawyer with a sweet and honest demeanor.

Dae-gil (Jang Geun-suk) and Dam-seo (Ji Yeon) both have some unsettled business with the king of Joseon. The former used to be a crown prince, but was stripped of his royal status by his very own father. He's made to live as a commoner, who hones his gambling skills and becomes the best player in the kingdom. He joins forces with Dam-seo to bring down their ruler.

Jang Yoon-ha (Uee) will do anything to escape the marriage her affluent family arranged for her. She switches roles with Lee Ji-yi (Ji Yeon), who actually dreams of marrying into a rich clan. While at first unsure, Ji-yi learns to fall in love with Yoon-ha's supposed husband-to-be Yoo Chang-soo (Park Hyung Sik). Meanwhile, Yoon-ha dabbles into an unexpected romance of her own.