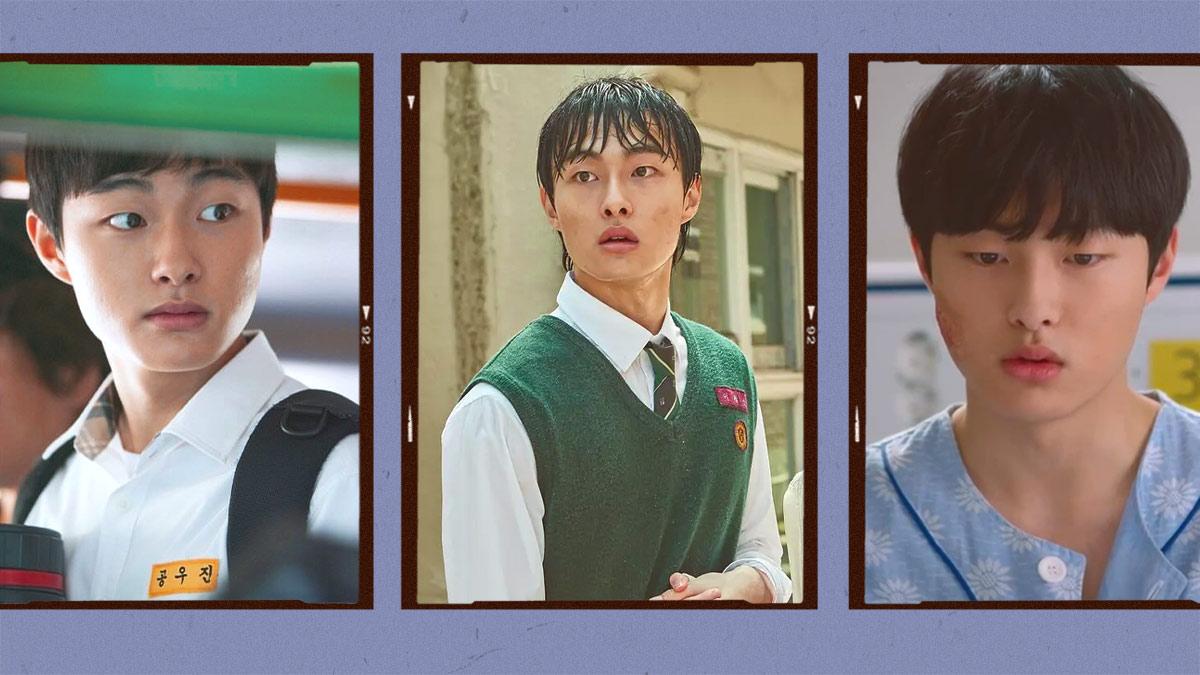 IMAGE Still 17/SBS, All of Us Are Dead/Netflix, Doctor John/SBS
Want to see more of the rising actor?

There’s always room for a sweetly-dimpled actor to steal our hearts, and no one does it like Yoon Chan Young. Gaining more and more traction as one of the stars in Netflix’s All of Us Are Dead, you’ll be surprised with how many dramas and awards he already has under his belt. He gained popularity delivering stellar performances as young versions of main characters, and we’re definitely happy that he’s stepping into his own now. Let’s get to know more about this actor by taking a trip down memory lane and rounding up Chan Young's projects before he rose to prominence for All of Us Are Dead.

Here are 10 K-dramas to watch if you love Yoon Chan Young:

1. When a Man Falls in Love

When a Man Falls in Love is a 2013 drama starring four young professionals, namely Han Tae-sang, Seo Mi-do, Baek Seung-joo, and Lee Jae-hee, who all get entangled in webs of both crime and romance as they struggle to carve out their life paths. At the young age of 12 years old, Chan Young played his very first role as a young Jae-hee.

Mama centers on a vibrant single mother, Han Seung-hee, as she tries to create a better life for her son after finding out that she’s suffering from a terminal illness. Chan Young delivered a heartfelt performance as her son, Han Gue-roo. Although he was still relatively new to the acting scene, the actor managed to win two Best Young Actor awards from the 2014 MBC Drama Awards and the 3rd APAN Star Awards for his role.

This 2015 historical drama is set during the Joseon Dynasty, one of the longest-running dynastic kingdoms in South Korea. It features six prominent people during that era (hence, the series title), while mainly following the story of Prince Yi Bang-won. Chan Young played the younger version of Ddang-sae, one of the “six flying dragons,” and the best swordsman in the crew. The series was a celebrated one and received multiple nominations and wins from 2015 to 107.

Bubble Gum is a 2015 drama about the relationship between childhood bestfriends Park Ri-hwan and Kim Haeng-ah. The former is a doctor who comes from a wealthy family, while the latter is a radio producer who grew up from a humbler background, having been orphaned at a young age. Because of their vastly different worlds, the series explored their “ us-against-the-world” romance that was further plagued by entanglements from their past. Chan Young played a young Ri-hwan in the show.

Released in 2016, Blow Breeze centers on Kim Mi-poong, a North Korean citizen who had to defect to the South. While there, she meets lawyer Lee Jang-go in Seoul, who ends up being her love interest. Chan Young played a younger version of Jang-go, and was nominated for a Best Young Actor award at the 35th MBC Drama Awards.

At the heart of Dr. Romantic is Boo Yong-joo, a top medical surgeon who’s forced to rebuild his life in a new place and under a new name, Kim Sa-bu, after an unfortunate incident. He finds a friend in a talented surgeon named Kang Dong-joo, and ends up taking him under his wing. Similar to his other roles, Chan Young played a younger version of Dong-joo in the series. It ended up being a huge hit, and was renewed for a second season in 2020.

7. The Bride of Habaek

The Bride of Habaek is a 2017 fantasy-romance drama based on a novel of the same name. It follows a water god named Ha-baek, who journey’s through the earth in search of sacred stones that are vital to his legacy. In modern-day Seoul, he meets Yoon So-ah, a neuropsychiatrist from a family with ties to Ha-baek. She's doubtful of him at first but eventually joins him on his quest.  Here, Chan Young portrayed the younger version of Ha-baek’s rival, Shin Hu-ye.

Woo-jin is a lost soul suffering from trauma after a lethal accident that happened in his teens, and Seo-ri is a forgotten woman who’s been in a coma for the last 13 years, having no family members left to turn to when she finally awakes. In a twist of fate, the two characters meet and fall in love, unaware of the incident that ties them together. Chan Young plays a younger Gong Woo-jin in the scenes that recount the fateful day of the accident. Ever an impressive performer, he was nominated for Best Young Actor in the 2018 SBS Drama Awards for his role.

This 2019 medical drama centers on Doctor Cha Yo-han and a resident named Kang Si-young. It was based on the Japanese novel titled On Hand of God. Specializing in pain management, the pair go through great lengths to find out the causes behind their patients’ illnesses. Chan Young played a character named Lee Ki-seok, and although he only appeared in a few episodes as a supporting character, he still won the Child Actor Award at the 27th SBS Drama Awards for his performance.

Nobody Knows is a 2020 crime drama about detective Cha Young-jin, who vows to avenge the death of her friend. She finds a partner in school teacher Lee Sun-woo, and together, they go on a mission to hunt down the infamous serial killer who perpetrated the murder. For this show, Chan Young played a supporting role as a middle school student named Joo Dong-myung. His character was made to bring out the soft side of detective Young-jin and to highlight her kind-hearted interior. The drama was released on March 2020 and went on to receive stellar reviews.

Shares
Share
Tweet
Read More On This Topic
Culture, what to watch, con-00268, k-drama culture, k-culture fan, greener, k-culture, all of us are dead, yoon chan young,
More Videos You Can Watch
Most Popular