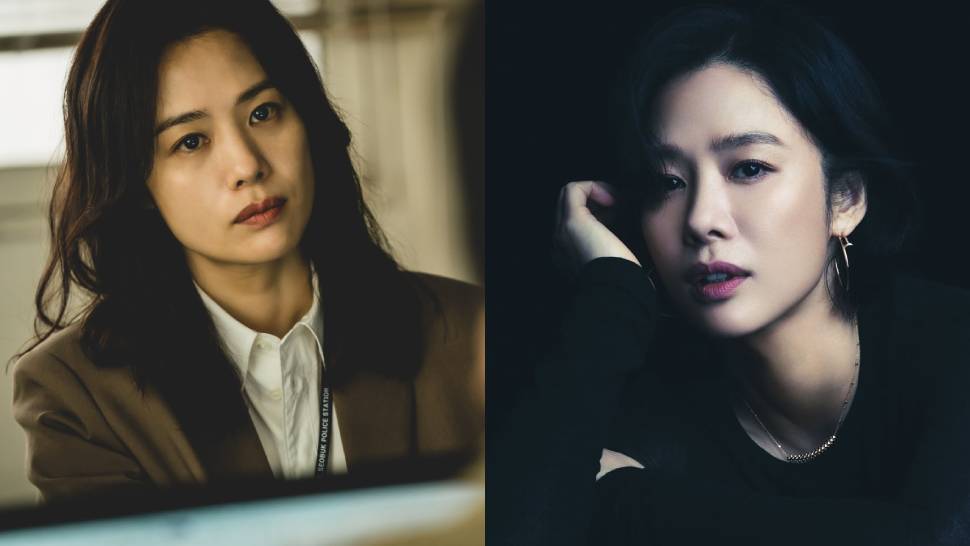 In case you aren’t up to date, a new Korean series is currently dominating Netflix. Dethroning the highly acclaimed Squid Game as the platform’s most streamed series, all eyes are now on Hellbound, a dark fantasy drama that tackles pseudo-religious themes, bringing forth the challenges that come with humanistic tendencies. Other than its interesting storyline, most viewers have been drawn toward the show’s impressive cast--especially actress Kim Hyun Joo, who portrays the role of a lawyer named Min Hye-jin.

K-Drama veterans may be familiar with the 44-year-old beauty, who has appeared in shows like Boys Over Flowers and I Have A Lover. However, if you’ve only recently come across the actress’ talents, we’re sure you’re curious to know more about her. Good thing we’re way ahead of you.

Here are 10 things you need to know about Kim Hyun Joo:

Kim Hyun Joo was born on April 24, 1977 in the city of Goyang, located in the province of Gyeonggi, South Korea.

2. She has been active in the industry for more than two decades.

Hyun Joo made her official debut in the industry when she appeared in Kim Hyun Chul’s music video for the song One’s Lifetime in 1996. That same year, she played Lee Song-hi in the movie If It Snows on Christmas. The experience marked her film debut as a lead actress. Since then, she’s starred in numerous projects, including her breakout role in the 2002 drama Glass Slippers. In an interview with The Swoon, the actress notes she gained significant international recognition for this drama, after playing her double role as Kim Yoon-hee and Lee Sun-woo.

3. She resonates the most with her character in the drama "What Happens to My Family".

In the same The Swoon interview, the actress was asked which of the characters she’s played feels the most like her true self. She mentions that although each role she’s portrayed has some resemblance to her personality, it’s her character in the drama What Happens to My Family that she resonates with the most. Hyun Joo describes her character, Cha Gang-sim, as someone who leads two different lives at home and when she’s outdoors—something that feels all too familiar for her, especially with her given profession.

4. Her guesting for “Boys Over Flowers” was only supposed to be a cameo.

When she was cast in the popular Korean drama Boys Over Flowers in 2009, Hyun Joo revealed her guesting in the show was only meant to be a cameo, though she ended up appearing in more episodes than she’d expected. She played the role of Gu Jun-pyo’s (Lee Min Ho) older sister, Gu Jun-hee. On her experience filming her parts, she notes, “Everyone was so lovely. I think I went to work just to see them.”

In the Korean series Hellbound, Soompi describes Hyun Joo’s character as a lawyer who “goes up against a pseudo-religion," with the leader of the cult portrayed by Hallyu actor Yoo Ah In. This isn’t the first time the actress has played the role of this specific profession. Throughout her career, she’s been a part of various projects—five to be exact, including her role in Hellbound—where she plays a lawyer. These other dramas are Partner, I Have A Lover, Undercover, and Watcher. When asked about her thoughts on portraying a lawyer in various projects, she says, “I don’t think there’s a specific reason, I guess I give off the vibe of someone who is not untrustworthy?”

6. A tragic event inspired her to engage in volunteer work.

Hyun Joo became a goodwill ambassador for Good Neighbors, a global non-government organization that specifically focuses on children’s rights, after her father, Kim Tae Beom, passed away in 2010. According to The Chosun Ilbo, she has travelled to countries such as Bangladesh and even the Philippines, where she sponsored a child and also worked as an instructor under the organization.

Since 2017, Hyun Joo has been managed by YNK Entertainment, the same company that handles actor Chae Jong Hyeop, otherwise known for his role as ‘Potato Boy’ in the 2021 K-drama Nevertheless. Back in April 2021, the entertainment agency announced that the actress renewed her contract with them, allowing her to expand her already impressive list of performances under the care of the talent agency.

It’s not uncommon for producers to cast the same actors in several projects. However, to have this happen to two lead actors must mean their chemistry is something extra special. In 2015, Hyun Joo and Ji Jin Hee (Designated Survivor) were first paired in the drama I Have A Lover, where they portrayed a married couple, whose relationship deteriorates due to the ambitions of Hyun Joo’s character. In July 2020, the two notable actors were cast once again in another drama, titled Undercover.

The 44-year-old is up to date on the 'gram! Though she does not post very often, you’ll be delighted to see images of flower arrangements she receives, wherein she uses the hashtag #thanxtagram to show gratitude to those who’ve gifted them to her. You can find her on the platform under the username khj_dang.

The actress may be well known for her iconic performances on screen, but did you know she can play several instruments, as well? Yes, you read that right! Hyun Joo is also musically inclined. On her Instagram account, you can find videos and pictures of her playing both the violin and drums!