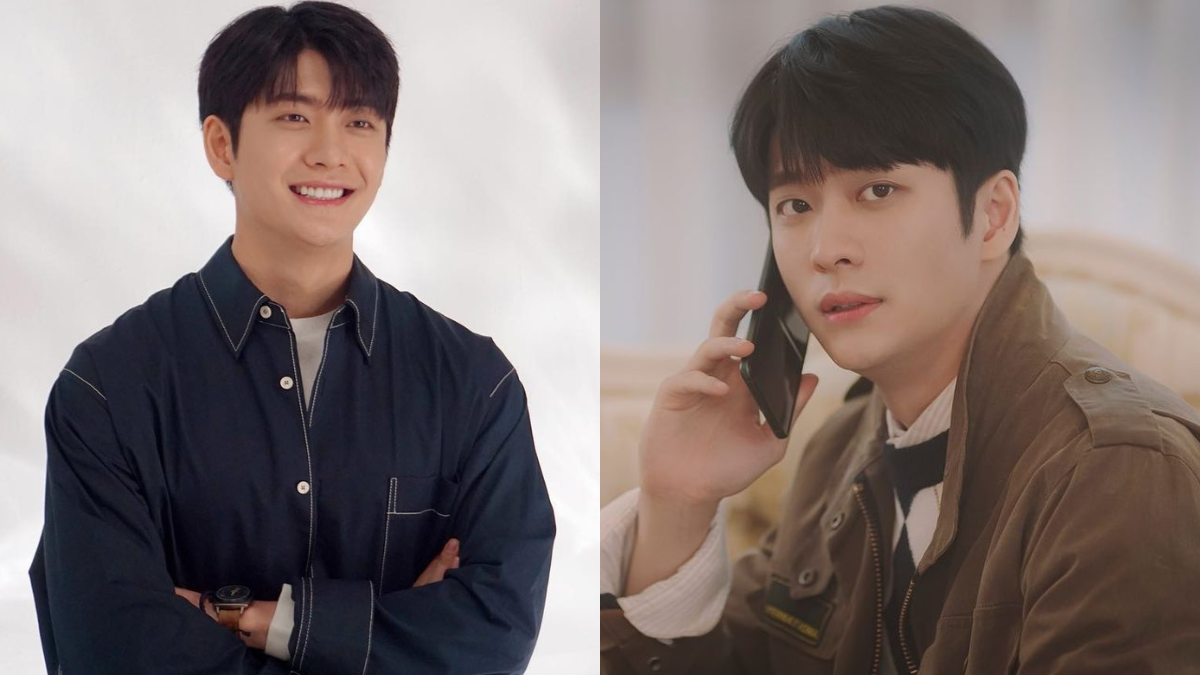 The anatomy of a K-drama leading man usually consists of swoon-worthy visuals, a vast repertoire of acting skills, and bucket-loads of charm on and off-screen. While many fit the bill, one individual who you should totally add to your list of favorites (in case you haven't yet) is Kang Tae Oh. An actor who's been in the biz for nearly a decade now, Tae Oh has effortlessly won the hearts of many with his all-too-relatable roles. And most recently, he's been gaining well-deserved attention for his role in Extraordinary Attorney Woo.

Learn more about Kang Tae Oh by scrolling below!

The actor first studied film at Konkuk University, which seems to be the starting ground for many Hallyu stars. Aside from Tae Oh, notable alumni from the school include Lee Min Ho, Song Kang, Jin of BTS, Nayeon of Twice, and several others.

3. Kang Tae Oh has always wanted to become an actor.

For a spread in Marie Claire Korea's October 2019 issue, Tae Oh opened up that he's always had a deep-rooted desire to step in front of the camera. "I have never thought about anything else since I decided to be an actor in elementary school," he shares, adding that he wants "to be an actor who stays with people for a moment."

4. Kang Tae Oh debuted in the coming-of-age drama "After School: Lucky or Not."

In 2013, Tae Oh finally launched his acting career with the drama After School: Lucky or Not. The series documents a schoolgirl accomplishing daily "missions" with her friends as a way to become more adventurous. The main cast—namely, Seo Kang Joon, Gong Myung, Yoo Il, Lee Tae Hwan, Tae Oh, and Kim So Eun—all named their characters after themselves.

Whereas most K-pop idols try out acting after releasing a record or two, Tae Oh and his After School castmates (minus So Eun) did the opposite. Their first song, Hey U Come On, was part of their show's OST. A year later, the quintuplet made their official debut as 5urprise by releasing the single From My Heart. In 2020, all of them left their original agency Fantagio, and collectively moved to Man of Creation.

6. Kang Tae Oh has been awarded for his roles in "You Are Too Much" and "The Tale of Nokdu."

2017's You Are Too Much depicts the intertwined lives of singer Yoo Ji-na (Uhm Jung Hwa) and her impersonator Yoo Gina (Ku Hye Sun). Tae Oh joins the cast as a blind pianist named Lee Kyung-soo. His heartwarming performance was lauded by many, including the Asia Artist Awards who granted him the Rising Star Award in their ceremony of that year.

Two years later, he was honored by the KBS Drama Awards as a Best New Actor, thanks to his portrayal of Prince Neungyang in The Tale of Nokdu. He and Jang Dong Yoon were also nominated for a Best Couple Award for the same drama!

Sharing his talents across the pond, Tae Oh played leading man Lee Jun-su in the Vietnamese drama Forever Young. The foreign audience loved him so much that the 2014 series even spawned a second season in 2016! He was nodded with an Impressive Actor nominated by the VTV Awards in both years.

8. Kang Tae Oh was almost cast in "The Penthouse."

In its three-season run, the family drama-filled mystery thriller The Penthouse has garnered much clamor from fans all over the world. While it wasn't specified what role he almost played, Tae Oh reportedly was supposed to join the show in 2020, but sadly, it didn't push through. Nonetheless, he found himself starring opposite Choi Soo Young in the JTBC romance drama Run On instead.

9. Kang Tae Oh admits that his character in "Extraordinary Attorney Woo" is not an easy one to play.

Tae Oh shared in an interview that playing Jun-ho was a challenge, particularly because of how stoic he was meant to be. He stated that, "through only small gazes and reactions, I have to express my thoughts. Since it’s not a character I’m expressing through extravagant acting, it was harder.”

To be in the loop for all things Kang Tae Oh, make sure to hit the follow button on his Instagram account here, where he regularly shares photos and updates for his fans.