JUST IN: Jinkee Pacquiao Is One Glamorous Ninang at a Wedding Wearing Accessories Worth at Least P10 Million|Read more »
Culture | By Nicole R. Cruz - Dec 26, 2021 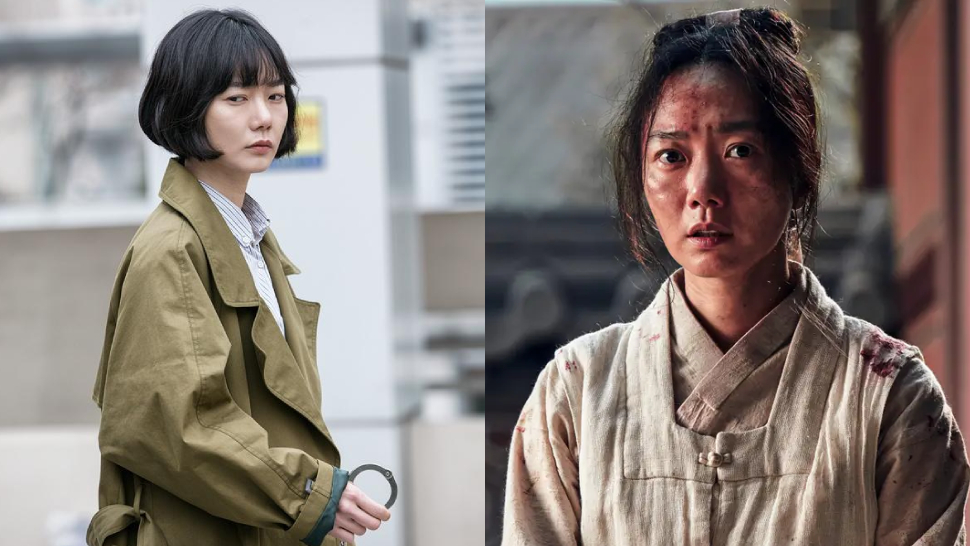 IMAGE TVN/Stranger, NETFLIX/Kingdom
She's actually starred in quite a number of romantic comedies.

Since the beginning of her career in 1999, Bae Doona has made a name for herself with her acclaimed performances of challenging roles. She is best known for her drama and thriller movies, having been catapulted into the spotlight since her buzzworthy debut as Sadako in The Ring Virus. To boot, she’s well known worldwide, too, given her bevy of Hollywood projects where she starred alongside Hollywood A-listers.

Although it’s her movie portfolio that's solidified her popularity, Bae Doona also boasts of a diverse range of K-dramas that fans and interested audiences should watch. They’re proof of her talent and versatility!

Here are 10 K-dramas to watch if you love Korean actress Bae Doona:

Bae Doona made her TV debut in the first season of the KBS2 television series School. The show depicts typical high school life in South Korea during the ‘90s. Despite it being her first show, Doona won Best New Actress for her performance here during the KBS Drama Awards.

A father’s death leaves a family in shambles, altering the personalities of his children who end up getting entangled in their own set of troubles. The eldest son joins the President’s gang, while the younger brother becomes a roughhousing rabble-rouser. The latter also meets two different women and falls in love, only to stumble upon situations that complicate things. Doona plays Mi-na, their complex sister, a truant student branded as an outcast.

In this tale of twisted fates, Doona plays Eun-hee, who was born on the same day as Keum-hee. The two were brought up as twin sisters. Unaware of her birth family’s privileged background, Eun-hee is sent away to vocational school to better her impoverished adopted family’s chances at life. One day, a wealthy man visits their home looking for his estranged granddaughter and mistakenly takes her for Keum-hee, leaving Eun-hee embattled with hardships.

Doona is Japanese artist Hana Yamaguchi who doesn’t believe in love. In her quest for understanding, she follows her widow neighbor to Korea with her husband’s ashes. She searches out their history and meets Dr. Jin Pyo, an avid fan who falls for her and helps her by introducing private detective Suk Man. On the other hand, Jin Pyo’s close friend, animation artist Hye-young, develops feelings for Suk Man. These four individuals learn about love as Hana uncovers her neighbor’s story.

In this romantic comedy series partially shot in Cambodia, Doona portrays Jung Yoon-hee, who encounters playboy Baek Soo-chan but is unyielding to his charms. However, as luck would have it, they eventually become neighbors. Meanwhile, Yoon-hee starts working as the secretary to Yoo Joon-seok, a scion of a late business magnate. The two clash until Joon-seok catches feelings—a tricky situation given his arranged marriage in the works.

A story about reaching dreams and overcoming adversities, Gloria stars Doona as Na Jin Jin, who's been supporting her mentally disabled sister from a young age after their parents died in a car crash. Frequently running odd jobs, Jin Jin works at a nightclub as a coat checker. After she's asked to fill in for one of the singers, Jin Jin's short experience leads her to aspire to become a nightclub singer.

Lawyer Kang Suk-ho is given the daunting task of liquidating his alma mater Byung Moon High School. Recalling how the institution equipped him to become successful, he takes it upon himself to transform its lazy students into go-getters by setting up a special class to help them get into the most prestigious university in the country. Opposed to the idea and tricked into becoming the class’ teaching assistant, Han Soon-jung, played by Doona, eventually becomes passionate about the project.

This Baeksang-awarded crime thriller series follows the story of Hwang Si-mok, a prosecutor who underwent surgery given his hypersensitivity to sounds. As a result, he lost his sense of social skills but eventually meets police lieutenant Han Yeo-jin, Doona’s character. The two partner up to solve a murder case but are frequently disrupted by individuals involved in a corruption conspiracy. The series ran a second season in 2020.

Another romantic comedy under Doona’s belt is Matrimonial Chaos, which follows the lives of two couples in their thirties. Doona stars as Kang Hwi-roo, an easygoing woman married to the hard-headed Jo Seok-moo, who wants to have a divorce. On the other hand, Lee Jang-hyun tied the knot with Jin Yoo-young despite his playboy reputation. The series sheds light on people’s different conceptions of relationships and marriage.

Similar to the thrilling movies Doona is known for, Kingdom is a zombie horror series streamed on Netflix that's since became popular around the world. Set in Korea’s Joseon dynasty, the story follows the Crown Prince Lee Chang who investigates a mysterious plague that brings the dead back to life. Doona plays the role of a physician’s assistant, Seo Bi, one of the first to discover the disease. She also aids Lee Chang to the find the cure.