One of them even shared her first onscreen kiss with Hugh Jackman! 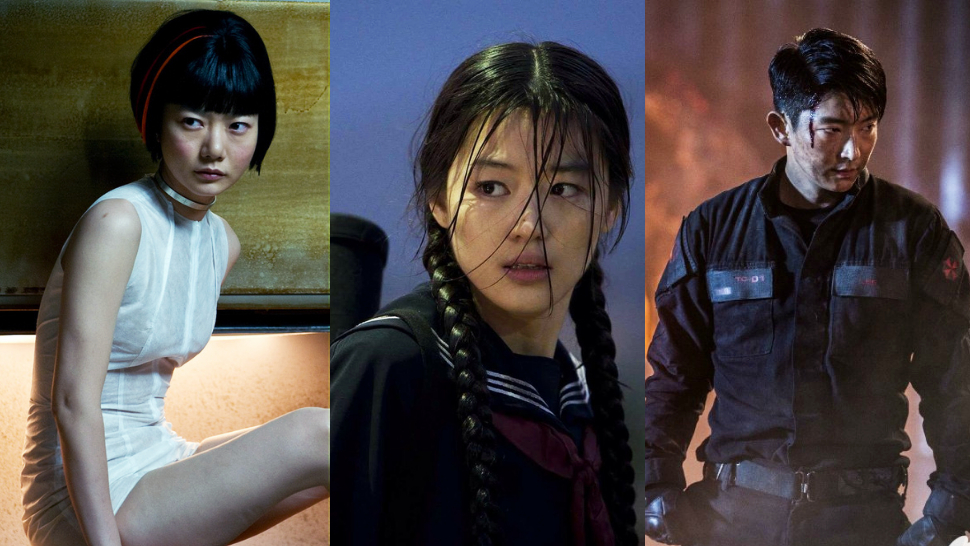 Last week, the internet blew up with the news of one of South Korea’s hottest actors, Park Seo Joon, potentially joining the Marvel Cinematic Universe. Now, we’re all well-aware of how the Hallyu Wave brought all things Korean on the map. But did you know that Seo Joon’s rumored project isn’t the first time an established South Korean personality will be starring in a Hollywood film?

Below, we round up some familiar faces that have also starred in your favorite western movies.

Before you knew her as Seo-bi in Netflix’s Kingdom (2019), this veteran actress actually made her Hollywood debut back in 2012 with the sci-fi film Cloud Atlas, starring alonside Tom Hanks and Halle Berry. This skyrocketed Bae Doona’s career, and even got her the chance to be an ambassador for Louis Vuitton. Since then, she’s starred in quite a number of acclaimed shows and films like Jupiter Ascending (2015), Sense8 (2015), and more.

Fun fact: Bae Doona even went to the UK to perfect her English speaking skills!

After being part of several Hollywood blockbusters, Claudia Kim has definitely become a name to watch out for in the industry. You might know her from Avengers: Age of Ultron (2015) as Dr. Helen Cho, the geneticist who was tasked to help out the Avengers. Aside from that role though, she also starred in Fantastic Beasts: The Crimes of Grindelwald (2018) as Nagini.

Claudia shares that in her audition for the famed Harry Potter prequel, she was asked to do an improvised performance of a human transforming into a snake, given her role.

You may know Rain as a K-Pop sensation, but he’s also had several acting gigs that eventually got him his Hollywood debut! Back in 2008, he was casted for his first Hollywood action film, playing rookie racer Taejo Togokahn in Speed Racer. The following year, he landed the lead role of Raizen in Ninja Assassin (2009).

A multi-faceted actor, Lee Byung Hun rose to fame for his recurring appearances in the GI Joe movie franchise with his role as Storm Shadow. Prior to these, the actor was already gaining recognition with his roles in The Good, the Bad, the Weird (2008) and Red 2 (2013). With his success, he also became the first South Korean actor to be a presenter in the 88th Academy Awards. He was also one of the first Asian actors to have his handprint imprinted at the iconic Grauman’s Chinese Theatre in Hollywood.

With over 20 years of experience as an actress, Jun Ji Hyun has become a household name in South Korea. She’s starred in several popular South Korean rom coms and dramas, granting her more opportunities for international fame! Some of her more popular works are My Sassy Girl (2001), Legend of the Blue Sea (2016), and Kingdom (2019). While she’s graced us with her amazing acting skills on the small screen, did you know that she actually starred in the action horror film Blood: The Last Vampire back in 2009? This film was considered as her big break into the western film scene and even gave birth to her westernized name, Gianna Jun.

A year later, she starred in another American produced film titled Snow Flower and the Secret Fan, where she got to act alongside Hollywood superstar Hugh Jackman, and even shared her first on-screen kiss with him.

Also known as CL, Lee Chae Rin started out as a singer and rapper in the girl group 2NE1. Upon pursuing her own solo music career, she became the first Korean female solo artist to earn a spot on Billboard's Hot 100 music chart. Aside from her singing career though, she’s also played a role in the film Mile 22 as Queen, co-starring and produced by Academy Award winner Mark Wahlberg.

Here is another well-loved actor that needs no introduction! While Lee Joon Gi has already made a name for himself with his wide range of K-Dramas, he also garnered international recognition by playing Lee on the final installment of the Resident Evil series. His co-star Milla Jovovich consistently praised Joon Gi for his talented performance in the film, and even commended his ability to do his own stunts—a skill not possessed by many Hollywood actors. Although that’s not the only time he was noticed for his ability to do intense action scenes! The director of Resident Evil actually shared that he was compelled to offer Joon Gi the role after seeing one of his stunts on YouTube.

Despite only making her acting debut three years ago, this talented actress has definitely made a name for herself with her film Burning, which won an award in the Cannes Film Festival. Following that, her performance in the thriller film The Call (2020)  paved the way for her to be named Best Film Actress in the 57th Baeksang Arts Awards. As of recent, Jong Seo is set to grace the Hollywood film scene as the main character in the upcoming film Mona Lisa and the Blood Moon, where she’ll be joined by Academy Award nominee Kate Hudson.

Next up on this list is the zombie-fighting soldier Kang Dong Won who starred as Jung-suk in Train to Busan (2016) and Peninsula (2020).  Last 2017, he was confirmed to make his Hollywood debut as a surfer in the upcoming movie Tsunami LA—a disaster action movie which, as the title suggests, is about a tidal wave ripping havoc in Los Angeles. Since this announcement though, production was halted due to the pandemic. However, as of last year, Dong Won was spotted in Singapore taking up his martial arts lessons in preparation for the movie.

Starring in over 40 different movies, it’s no wonder that this experienced actor was casted in Marvel’s The Eternals, which is set to premiere at the end of the year.  There, he will star alongside powerhouse actors Angelina Jolie, Millie Bobby Brown, Kit Harrington and more!

If you’re wondering where you’ve seen him before, Ma Dong Seok earned his local and international fame with his breakout role in Train to Busan (2016). Well, it seems that it’s not just his talent but his appearance that got him international attention. With his muscular build and ruggish looks, Dong Seok is often compared to Dwayne “The Rock” Johnson!