One of them's a K-pop idol! 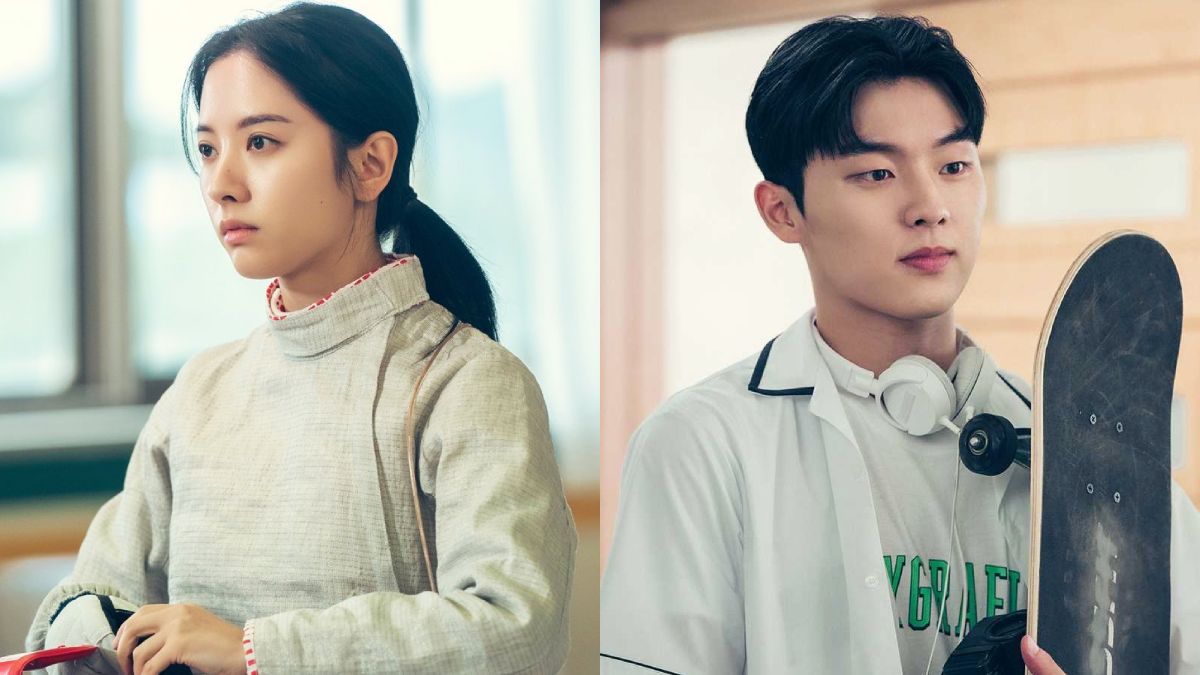 There is no shortage of binge-worthy Korean dramas on Netflix, and one of the most talked about releases as of late has been Twenty-Five Twenty-One. It’s an interesting romance drama as it centers on the true-to-life event of South Korea's 1997 IMF crisis and its aftermath. It also happens to feature industry heavyweights Nam Joo Hyuk and Kim Tae Ri whose return to the small screen had definitely built anticipation for tvN the show. To make matters more appealing, they’re joined by a group of young actors with fresh yet familiar faces that make for a really dynamic cast.

Here’s the cast of "Twenty-Five Twenty-One" and where you’ve seen them before:

Kim Tae Ri is one of the rare actresses who can successfully go back and forth between the big and small screen. She has award-nominated roles in films such as The Handmaiden and When the Day Comes, as well as in television dramas such as Little Forest and Mr. Sunshine. Her highly-celebrated performances can give you an inkling into how much of a well-respected actress Tae Ri is, and why fans have been eagerly awaiting her return to dramas (her last one was in 2018’s Mr. Sunshine). Other films and series you might have seen her in are Moon Young, 1987 When the Day Comes, Space Sweepers, and Entourage.

When Tae Ri isn’t working on film and TV projects, you’ll find her lending her face to fashion houses like Prada, who's welcomed her as one of their brand ambassadors.

As one of the drama world’s most sought-after actors, Nam Joo Hyuk needs no introduction. Whether you fell for him in the 2015 hit Who Are You: School 2015 or more recently in Start-Up, you know that this actor means serious business. His laundry list of acting credits include shows such as Weightlifting Fairy Kim Bok-joo, The Light in your Eyes, The School Nurse Files, and films like the Great Battle and Josee.

Aside from being the star of many hit titles, Joo Hyuk is also well-loved in the fashion world. Fun fact: He actually started out as a model! You may have spotted him in Dior campaigns as the face of Dior Men in Asia, or in our local billboards for our homegrown brand Penshoppe.

Choi Hyun Wook joins Twenty-Five Twenty-One as one of its fresher faces, playing the role of Moon Ji-woong. This actor earned his debut in a web series entitled Real:Time:Love, before landing television roles on shows like Taxi Driver and Racket Boys. The latter title won him the Best New Actor award at the 29th SBS Drama Awards.

Lee Joo Myung is a model-turned actress who stars as Ji Seung-wan on the show. Her screen debut was for Yang Da Il’s Don’t Leave music video. She’s since landed more TV roles for herself, starting with the 2019 crime-comedy series My Fellow Citizens. Despite her growing onscreen career, Joo Myung still gets to showcase her modeling chops as the face of Korean makeup brand Hince.

Bona stars as Go Yu-rim in Twenty-Five Twenty-One. Although she’s known for her music (she debuted as a member of Chinese-Korean girl group WJSN), she’s no stranger to work on the small screen. Bona got her first acting gig in the 2017 series Chicago Typewriter. In the same year she also appeared on Hit the Top and Girls’ Generation 1979. She’s since continued to star in K-dramas, including Radio Romance, Your House Helper, and Homemade Love Story, for which she won Best New Actress at the 2020 KBS Drama Awards.

Veteran actress Kim Hye Eun plays coach Chan-mi in the series. Having joined the drama scene relatively late (this is because she first built a career as a news reporter), the actress is often cast to play maternal roles, such as her stints in Introverted Boss, Live Up to Your Name, and Mr. Sunshine. Other popular dramas you may have also spotted her in are Doctor John, Itaewon Class, The Guest, and The Road: The Tragedy of One.

Actress Bang Eun Jung plays high school student Lee Da-seul. She began her career in films such as Set Me Free, Park Hwa Young, and Start-Up. Her role in Twenty-Five Twenty-One actually marks just her second time acting in TV dramas, following her stint on My Roommate Is a Gumiho last 2021. Prior to that, she was cast for the web shows The Sensible Life of Director Shin, No Bad Days, and I Need Standards.

Joo Bo Young stars as Lee Ye-ji in Twenty-Five Twenty-One. She started acting in 2015 in the film Salut D’Amour, and has since appeared in a number of dramas comes 2018. You may have spotted her on hit series Start-Up as the pink haired Shin Jung, or the 2021 melodrama Youth of May as Park Sun-min.

Moon Woo Bin is an up-and-coming actress who plays Kang Ji-soo in the show. Since her debut in 2018, she has held small roles in dramas such as The Beauty Inside, The Light in Your Eyes, Oh My Baby, and 18 Again.

We Want Everything From Starbucks' Pretty Cherry Blossom Drinkware Collection