Here's where you can see more of this multi-award winning Korean actress. 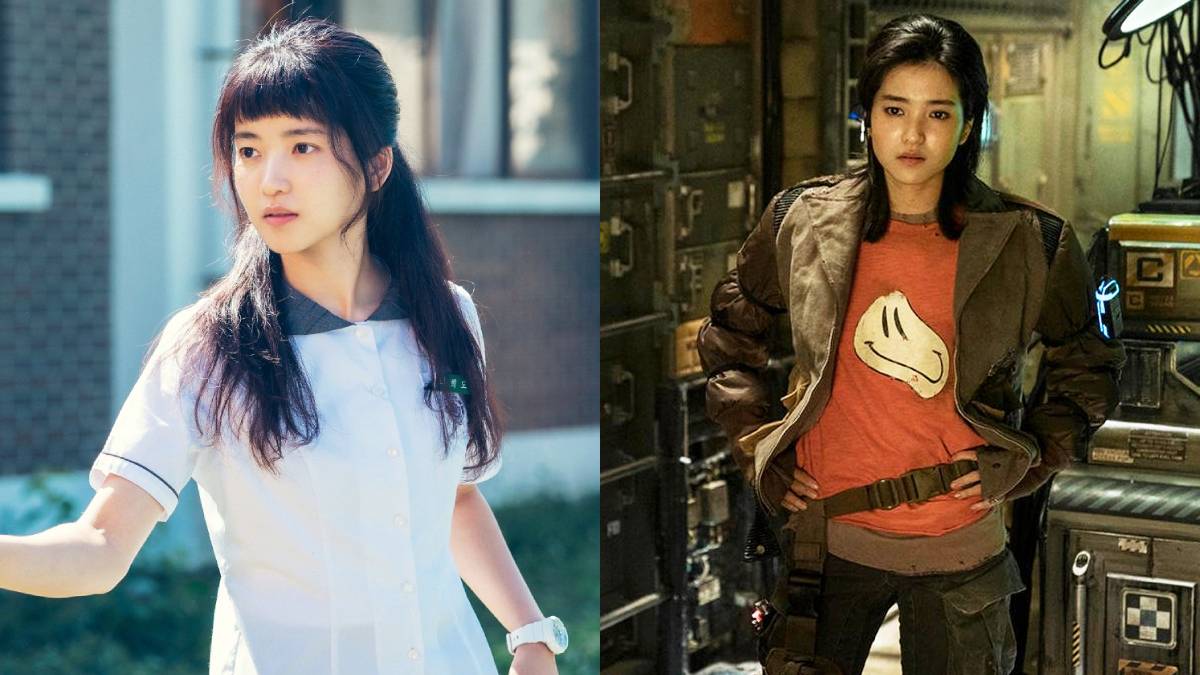 Ever since her first appearance on the silver screen, Kim Tae Ri has never failed to show us that she is a force to be reckoned with in the Korean entertainment industry. In fact, with the versatile skills that this model-actress has shown from the get-go, it's not a surprise to know her name has already become internationally known. There truly is no denying that Tae Ri is a woman of pure talent—and just when we thought her impressive list of acting awards and nominations couldn’t get long enough, she still continues to execute flawless, award-winning performances in each role she gets.

In case her projects have yet to grace your TV screens, we listed down a selection of dramas and movies where you can witness the brilliant actress' skills for yourself.

Last Sempteber 2021, Tae Ri was confirmed to play the lead character, Na Hee-do, in tvN's romantic drama Twenty-Five, Twenty-One. Tae Ri's character, according to her, "first began learning fencing as a fencing prodigy, but from a certain moment on, she falls into a slump and continuously struggles. However, she’s someone who proudly moves forwards towards her dream.” For this role, the committed actress took up three month's worth of fencing lessons, which she admittedly enjoyed a lot.

The coming-of-age series is centered on the love story of Na Hee-do and Baek Yi-jin (Nam Joo Hyuk), set in the years between 1998 to 2021. It depicts a realistic type of romance—one that requires forgiveness, acceptance, and a lot of sacrifices.

Mr. Sunshine is a romantic melodrama anchored on the story of a young man who was born into slavery. He's fortunately able to turn his life around and eventually develops a new sense of purpose and feelings for an aristocrat's daughter, Go Ae-shin, as played by Tae Ri.

The stunning actress definitely captivated a lot of the show's viewers thanks to her beauty and talent. In fact, she was recognized by multiple award-giving bodies for her performance in this historical drama. In particular, she won a Best New Actress award at the 2018 APAN Star Awards.

Set in the year 2092, Tae Ri plays Captain Jang, the head of a group of space sweepers who come across a strange humanoid robot named Dorothy. They soon discover that Dorothy is wanted by the UTS Space Guards, so they come up with a ransom scheme that can put them out of their lost and dejected space-sweeping life. This action-packed adventure film, although purely fictional, also gives a realistic take on issues about poverty and class struggles.

This is Tae Ri's first time to play a character in a sci-fi film and yet her performance remains extremely admirable. Showing clear signs of the effort she put in understanding her greasy-haired character, she was able to bring justice to the strong-willed persona of Captain Jang.

It's safe to say The Handmaiden is the film that started it all for the actress. Ever since she bested 1500 other auditionees for the lead role in the movie in 2016, Tae Ri's career has skyrocketed to greater heights, making her one of the most sought-after actresses in Korea. In just her debut year, she was able to win multiple awards for her performance, including accolades from the 37th Blue Dragon Film Awards, 25th Buil Film Awards, and the 16th Director's Cut Awards.

Little Forest is definitely a must-watch film for fans of rural-themed, heartwarming plots. It follows the story of Song Hye-won, Tae Ri's character, after she fails the national qualification exam that would have made her dream of becoming a teacher come true. She then decides to go back to her hometown, but discovers that things are no longer the way they used to be.

This film is a work full of love and sweet moments that's bound to make you want to appreciate the small things in life even more. It is based on Daisuke Igarashi's manga series that was originally published in 2002.

This action-thriller gives the audience a taste of reality with its straightforward portrayal of politics and government behavior. Just when the authorities thought the unlawful interrogation and murder of a student protestor has been successfully hidden from the people, more information about the brutal case is leaked publicly.

Based on legitimate historical events, this fast-paced drama sheds light on topics about zealousness and justice. Here, Tae Ri plays the character of Yeon-hee, the niece of a correctional officer.

Tae Ri plays this short film's lead character, Moon-young, an 18-year-old mute girl who mostly spends her free time filming strangers with her small camcorder. After fleeing from her home following an outburst from her drunken father, Moon-young crosses path with an older girl who just recently broke up with her boyfriend. They later on realize they are more alike than they thought and form an unexpected friendship.

Originally released as a 43-minute short at the 2015 Seoul Independent Festival, it was eventually edited to reach a total runtime of 64 minutes in 2017. This expanded version premiered in Korean cinemas the year following Tae Ri's film debut in The Handmaiden.

Did You Know? The School Featured In "all Of Us Are Dead" Was Built From Scratch

Bea Alonzo Is Really In No Rush To Get Married, And Here's Why