JUST IN: Jinkee Pacquiao Is One Glamorous Ninang at a Wedding Wearing Accessories Worth at Least P10 Million|Read more »
Culture | By Em Enriquez - Dec 19, 2022 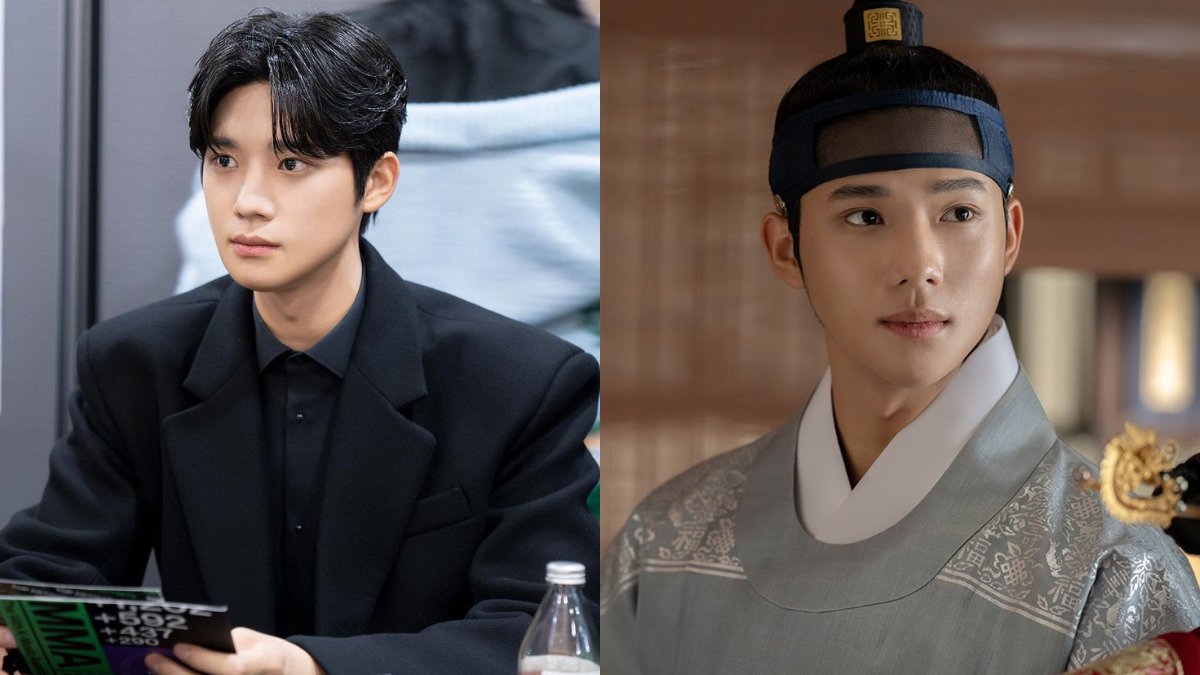 IMAGE Instagram/_sangmxn_, Under the Queens Umbrella/tvN
He once starred alongside Han So Hee and Ahn Bo Hyun!

2022 has introduced us K-drama fans to a whole lot of fresh faces to fall in love with. In Netflix's Under the Queen's Umbrella, the four princes of Joseon—which also happen to be Queen Hwa-ryeong's (Kim Hye Soo) unruly sons—are each played by newbies who are certainly on their way to becoming bona fide leading men.

Playing Prince Seong-nam, the eldest of the bunch, is Moon Sang Min, which is ironic given that he's the youngest of the cast in real life. Despite his rookie status, Sang Min has single-handedly won viewers over with his charming performance. Fun fact: Over 20 different brands clamored for his endorsement right after the show aired its finale! For more must-know tidbits of information about this up-and-coming star, scroll away.

A native of Cheongju in South Korea's Chungcheong province, Sang Min was born on April 14, 2000.

2. Moon Sang Min went to the same high school as one of his Under the Queen's Umbrella castmates.

It might be a bit unusual for the national press to cover your graduation rites, but that's actually a norm for students at the Hanlim Multi Art School. The institution, after all, generates some of the biggest names in the Hallyu scene, which includes Cha Eun Woo, Choi Hyun Wook, and several K-pop stars.

Sang Min is also among the school's distinguished alumni, and so is one of his on-screen brothers on Under the Queen's Umbrella, Yoo Seon Ho! After earning his diploma not too long ago, Sang Min now pursues collegiate studies at the Sungkyunkwan University.

In high school, Sang Min was actually enrolled under the Fashion Model department. With his know-how, he dove headfirst into the world of modelling, and booked his first gigs for the F/W 2018 shows of Korean-based labels Caruso and Sewing Boundaries.

Awesome Entertainment lives up to its name with its stellar line-up of actors and artists. Upon signing with them, Sang Min finds himself in the company of Park Seo Joon, Lee Hyun Woo, Kim Yoo Jung, and more.

5. Moon Sang Min made his K-drama debut in a Christmas web series.

Come 2019, Sang Min officially dipped his toes into acting by way of the yuletide-themed web-series 4 Reasons Why I Hate Christmas. In the show, he portrayed one of four adults who all mutually have a disdain for the merry holiday. This was followed by parts in titles like The Colors of Our Time and The Mermaid Prince.

6. Moon Sang Min acted alongside Han So Hee in action series "My Name."

Soon after he made his on-screen debut, Sang Min bagged a supporting role as a detective on the action-packed Netflix original My Name. The show, which starred Han So Hee and Ahn Bo Hyun, became Sang Min's breakthrough into gaining more projects.

Once try-outs for the historical dramedy were opened, Sang Min was determined to participate in it one way or another. In an interview, he revealed that he auditioned for the role of Prince Seong-nam four times before it was eventually given to him.

"I read the script and it was so much fun. I prepared very hard because I wanted to participate," he said. What drew him to Seong-nam specifically was the character's incalculable behavior: "Usually, when you look at the script, you can see that he acts like this in this situation. But Prince Seong-nam was unpredictable, so I felt a lot of charm."

Aside from being a potential heir to the throne, Prince Seong-nam was also quite the athlete among his siblings. He had an impressive physique, and was a frequent horse-rider.

"I thought that a scene where he does horseback riding or sword fighting could be Prince Seong-nam's great charm," Sang Min shares in the same interview, "as an actor, I was greedy and that's why I practiced so hard." Aiming to authentically fulfill the part, the rookie attended action school and even picked up equestrian sports himself.

Looking ahead from the massive success of their sageuk, Sang Min reveals that he wishes to soon star in a rom-com as the leading man. While not entirely a project that'll have us swooning, he is already slated to appear in Duty After School, a fantastical web-series about pupils preparing for their SATs.

Our eyes are definitely peeled for whatever Sang Min has next for us fans. To stay updated, make sure to press follow on his Instagram account here.