It's premise alone already has us hooked! 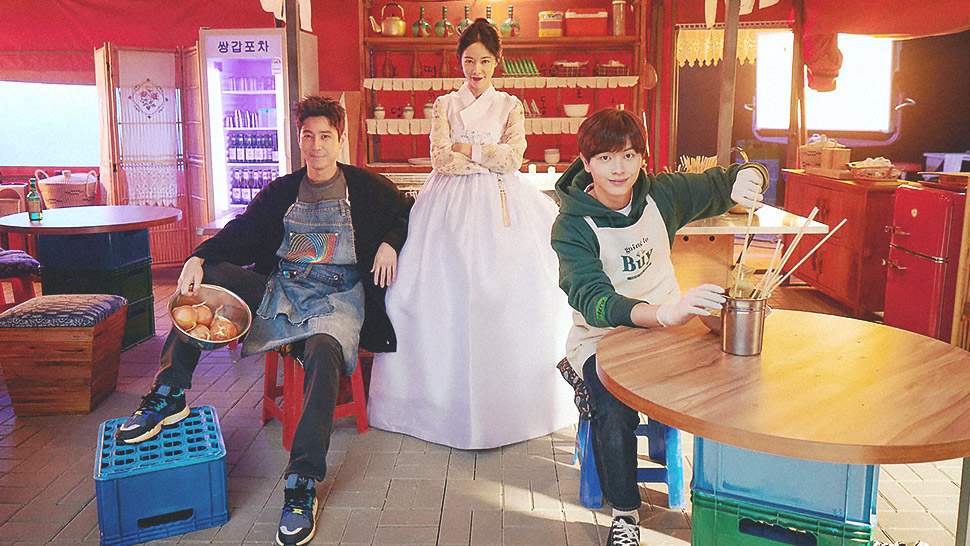 Netflix’s lone new K-Drama release this month, Mystic Pop-Up Bar, finally has a launch date and you can bet we’re counting down the days to May 20! Starring Hwang Jung-Eum, Yook Sung-Jae, Choi Won-Young, and Lee Joon-Hyuk, the JTBC series promises to be a unique and quirky watch perfect for those in search of a break from the usual sappy rom-com.

Featuring a fantastical premise based on a webtoon of the same name, the upcoming show follows the proprietors of a mysterious pojangmacha or an outdoor drinking establishment, that only opens at night. Together, a part-timer and his boss enter the dreams of customers that happen by their bar as they set out to solve their problems.

Sounds cool right? We could definitely use some of their help too.

Jung Eum, in particular, portrays the pub's irritable owner, Wol Joo, who has to help 100,000 people resolve their own problems in order to repent for her sins. The series starts off as Wol Joo is given a one month deadline to aid the last 10 people on her list. “Wol Joo initially appears to have a perfect appearance and be ill-tempered and self-centred, but once you get to know her, she really has a warm heart and many other charms," Jung Eum reveals in an interview with Soompi. “[She] is waiting for the pushovers of this generation at the ‘Mystic Pop-Up Bar.’ It will be more fun to watch if you also pay attention to what happens to Wol Joo while she is trying to help solve her customers’ problems.”

See more of Mystic Pop-Up Bar from its trailer below.

Of course, Mystic Pop-Up Bar is just one of the myriad of entertaining distractions Netflix has in store for its subscribers this May. The streaming site first entered the month with a glamorous bang through Ryan Murphy’s period drama, Hollywood. However, If you’re not up for binge-watching the limited series just yet, there’s also the heartwarming LGBT-led dramedy film The Half of It, which is currently sitting at the number two spot on Netflix Philippines’ Top 10.

To give you a glimpse at Mystic Pop-Up Bar and the rest of its May offerings, Netflix released a highlight reel of their newest and most recommended movies and TV series. Watch the video below!