LOOK: Julia Barretto Is Ready for Mature Roles, Which Means Living Life on Her Own Terms|Read more »
Culture | By Jam Nitura - Jul 18, 2021 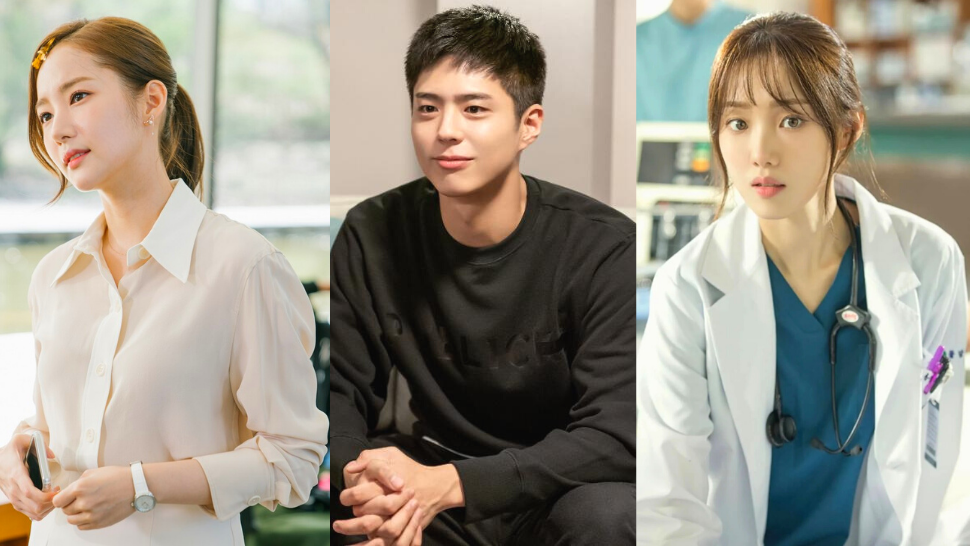 We always hear about K-drama stars who can also sing their hearts out, but rarely are actors who can bust a move or two given the opportunity to showcase their dance skills, unless they’re on a variety show or at their fan meeting. Now, it’s a given that idols turned actors can sweep the dance floor, which is why today, we’re shining the spotlight instead on established actors who can perform just as well in another field.

Here are 10 Korean actors you didn’t know can also dance.

Apart from dancing in her fan meets, Park Min Young is also quite known for releasing dance covers with the professionals from 1Million Dance Studio. You have to see her nail Little Mix’s Woman Like Me below!

Although he’s better known as an actor, Kim Min Jae is also a rapper with the smooth moves of an idol. Anyone who’s seen him play an idol trainee in the 2017 youth comedy Hit the Top will agree that he can pretty much keep up with any boy group out there. Need proof? Below is a video of him dancing to Bruno Mars’ Uptown Funk alongside former Wanna One member Park Ji Hoon.

Lee Sung Kyung, of Weightlifting Fairy Kim Bok-joo fame, is yet another actress who loves treating fans to idol-level dance covers. The actress can often be seen busting moves to Blackpink songs, but we’re especially loving her cool dance video with Kim Min Jae below.

Song Kang took six months of ballet training to accurately portray his character on Navillera. ”I tried to prepare to the best of my ability. I thought to move my body and draw these elegant graceful lines and watched a lot of videos to prepare for that part,” shared the actor in a presscon for the series. Although they did use a stunt double for the more complex moves, Kang was dedicated to his training all the same. In fact, his dance coach even praised him for his “excellent flexibility, jumping ability, and acquisition skills.”

Another actor who had to learn ballet for a role is Mr. Queen star Shin Hye Sun. Similar to Kang, the actress trained for six months before filming as prima ballerina Lee Yeon-seo for Angel’s Last Mission: Love.

Check out some behind-the-scenes footage of Hye Sun below!

ICYDK, Sky Castle’s Park Yoo Na was once an idol trainee. Having shifted her career to acting before she could debut in a group, the young talent still gets to occasionally show off her dance skills through Korean variety shows.

It’s nothing new for actors to dance in their fan meets, but we especially love the ones who put their utter heart and soul into pulling off girl group choreography. The best example is hallyu star Lee Joon Gi who definitely pulled no punches when he performed Twice’s TT in 2017.

Speaking of actors who can cover K-pop dance routines like it’s nobody’s business, you have to see Park Bo Gum’s adorable dance moves to the tune of Seventeen’s Pretty U. This one was just too cute to leave out!

Another actress with skills worthy of 1Million Dance Studio is Kim Seul Gi, best known for The Guardians and Oh My Ghost. She undeniably looks like a pro while dancing to Maroon 5’s Sugar, alongside her Queen of the Ring co-star and former idol trainee Ahn Hyo Seop.

Prior to becoming a beloved acting heartthrob, Lee Jong Suk mentioned on an appearance for Entertainment Relay that he actually trained to become an idol before dropping out three months later. It’s been years since, but you can tell he still has his basics down while dancing to Psy’s New Face.

7 Gorgeous Venues In Cebu For Your Intimate Wedding