Make sure to catch her in "Little Women" on Netflix! 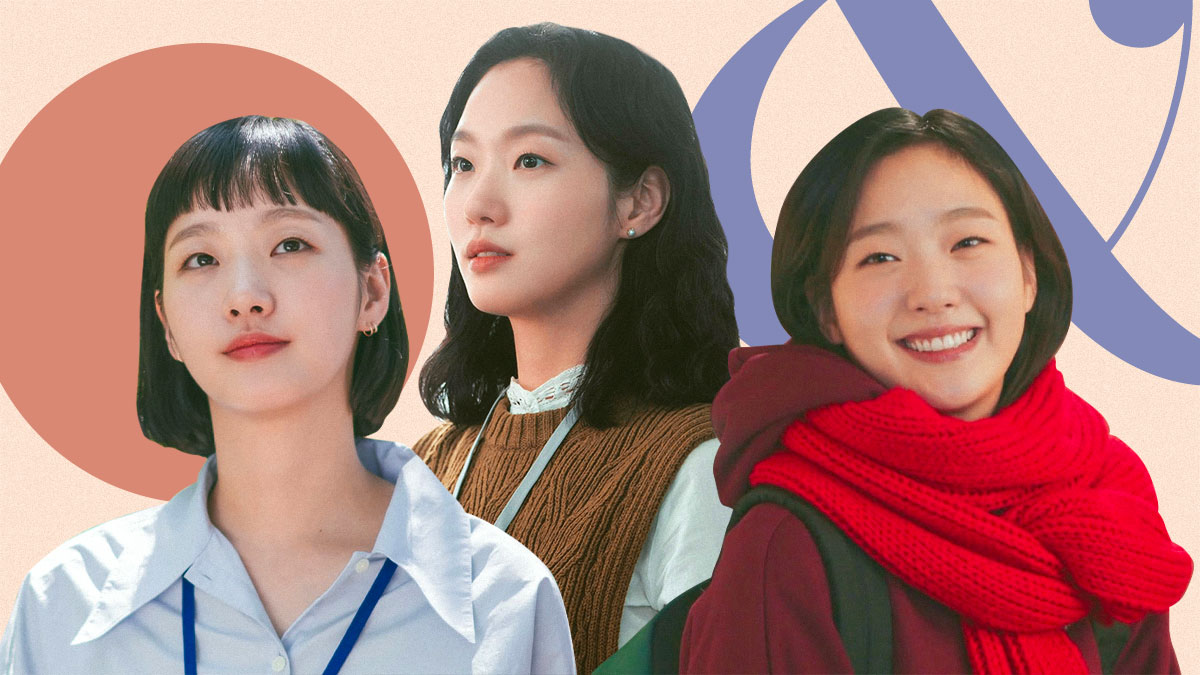 When Kim Go Eun pops up on our screens, we just can't help but binge. Many of us first fell in love with her as Goblin's wife, and soon, we'll get to see her more fierce side as she plays the eldest of three sisters in the K-drama adaptation of Little Women.

With the variety of characters she's made us obsessed with, there's no denying that the 31-year-old is a star that's shining as brightly as ever. In case you haven't jumped on the Go Eun train yet, scroll on for titles of hers you have to add to your watch queue.

An everyday girl who's pretty in touch with her emotions, Kim Yumi (Go Eun) is left in shambles after her boyfriend suddenly breaks up with her. Her "love cell" attempts to revive itself when she meets Goo Woong (Ahn Bo Hyun), a  game developer, and Yoo Babi (Jinyoung), one of her co-workers.

Yoo Jung (Park Hae Jin) is chaebol heir who's used to getting whatever he wants—that is, until he meets and falls for Hong Seol (Go Eun), a hardworking freshman who attends their university on a scholarship. Seol isn't so sure of Jung's intentions, given his history of manipulating others. The two figure things out, and soon enough, begin an interesting relationship.

All the way back in medieval Korea, Kim Shin (Gong Yoo) gets framed as a traitor after serving his country at war. He's sentenced to death, and later on, is cursed with becoming the immortal goblin. Centuries later, he's summoned by an optimistic high school student named Ji Eun-tak (Go Eun), who he discovers is the key to putting an end to the spell cast onto him. Their lives entwine as they unravel how their meeting wasn't just a plain coincidence.

Lee Goon (Lee Min Ho), the third king of the Kingdom of Corea, uncovers a pathway into the "alternate world" of Korea. There, he runs into detective Jeong Tae-uel (Go Eun), whose identity brings him back to a traumatic experience in his past. As it turns out, each of them has an equivalent person in either universe. They both team up to prevent Lee Goon's half-uncle, Lee Lim (Lee Jung Jin), from disrupting order between the two realms.

One day back in the mid-'90s, Cha Hyun-woo (Jung Hae In) walks into a bakery and meets Kim Mi-soo (Go Eun). The two get acquainted, but timing never seems to be on their side whenever they try to reconnect. Things get even harder come 1997 when the IMF crisis hits Korea, forcing the two adolescents to grow up and decide on their fates.

After a series of unsuccessful attempts at becoming a rapper in Seoul, Hak-soo (Park Jung Min) retreats to his hometown of Byeonsan. One of the people to greet him on his return is his elementary school chum Sun-mi (Go Eun), whom he unexpectedly starts to see in a new light.

Born and raised on Jeju Island, Gye-choon (Youn Yuh Jung) is a retired diver who, after more than a decade, gets reunited with her granddaughter, Hye-ji (Go Eun). The eomma soon learns that Hye-ji's visit back home isn't just a regular vacation, as the high-schooler brings with her some scars that need healing.

When Deok-gi (Lee Byung Hun) is left with no choice but to betray his fellow swordsman, he puts out an oath that his colleague's daughter is destined to take his life for revenge. Years later, that child grows up to be Seol-hee (Go Eun), who discovers her combat skills after defeating the "master of the sword" Yull (Lee Junho) at a duel. She's informed of her compromising prophecy, and is conflicted about sealing the deal.