Remember her from "Love Alarm" and "Sweet Home"? 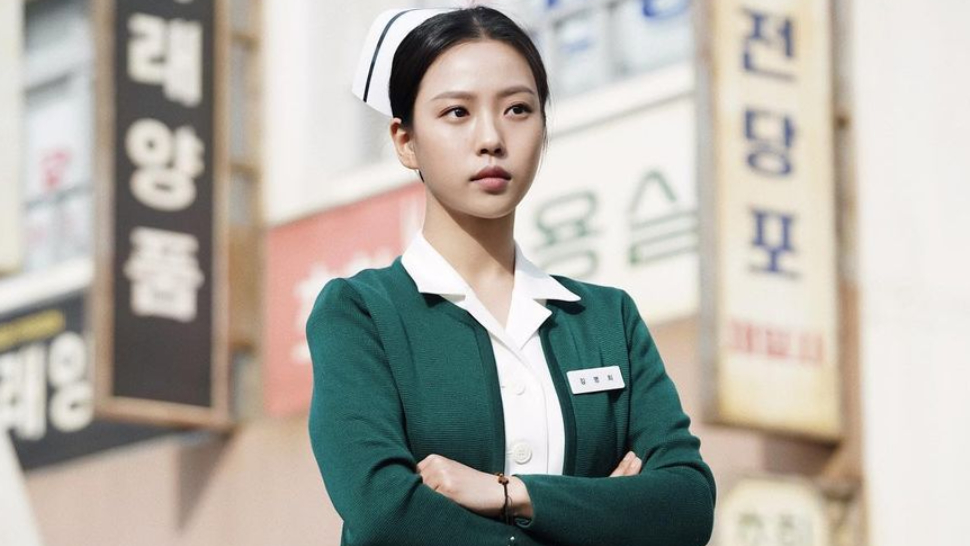 If you’re a K-Drama fan, then you’ve probably been seeing Youth of May all over your timeline recently. This period drama has been making headlines with its compelling plot set in 1980s Korea, at the time of the Gwangju Uprising. Of course, apart from its storyline, the current buzz around the drama can also be attributed to the stellar performances of its cast members. The show’s up-and-coming leading lady, Go Min Si, has been particularly praised for her performance in the show as Kim Myeong-hee, a passionate nurse and her family’s breadwinner, who works hard to make ends meet.

Loving her on Youth of May, too? Then it's high-time you learn more about the actress.

Here are 10 fast facts you need to know about Go Min Si.

This fresh-faced leading lady was born on February 15, 1995 in Daejeon, South Korea.

2. She immersed herself in '80s culture to prepare for her role in "Youth of May."

As we’ve said, Youth of May is set several decades in the past — a time Min Si obviously didn’t get to experience. With that, she shared in an interview with Kocowa that she practiced image-making tactics to fully immerse herself in her role. Meaning, she didn’t just watch a number of films and documentaries in her preparation to play the nurse Kim Myung-hee, but she also listened to a bunch of songs from that era as well! It was also helpful for her that the show's set was actually spot on when it came to capturing the '80s aesthetic and vibe.

Yep, this young star is already an award-winning actress. Among her accolades, Min Si was named Best New Actress at the 2019 SBS Drama Awards for her outstanding performance in the melodrama Secret Boutique (2019). She played the role of Lee Hyeon-ji in the drama thriller, an amateur baduk player who becomes involved in the protagonist's schemes when her mother suddenly disappears amidst a scandal.

4. She made her drama debut in the TV adaptation of “My Sassy Girl.”

Do you remember the iconic South Korean rom com My Sassy Girl? Well, Min Si actually scored her first small-screen role in the movie’s TV adaptation, which was released last 2017. There, she appeared as a guest character named Seon-kyeong. Afterwards, she continued to star in more popular dramas such as Welcome to Waikiki (2018) and Love Alarm (2019). Eventually, she was finally able to land a lead role on the Netflix Original Series, Sweet Home (2020).

Despite initially expressing her interest for a different role, this passionate actress showed her dedication to her craft by taking on the necessary measures to embody the character of Lee Eun-yoo—a rebellious ex-ballerina who had to quit the sport due to an ankle injury. She shared in an interview that after purposefully gaining a few pounds for her role in the movie The Witch: Part 1 (2018), she shed it all off to be able to have the physique of a ballerina, while also training to learn a few ballet moves on the side.

Apart from the physical aspect, playing such a misunderstood character wasn’t easy for this gentle-natured actress either. At first, she couldn’t grasp why Eun-yoo was always so mad and aggressive towards other people, as it was the complete opposite of her usual demeanor. With that, she decided to consult closely with her director, and was soon able to learn a lot from his advice

6. She’s set to star in the upcoming drama "Mount Jiri."

7. She keeps a close friendship with her co-star Song Kang.

After sharing the screen on Love Alarm, Min Si and Song Kang went on to co-star in the apocalyptic horror drama Sweet Home. She shares that on the way to pick up her script for the latter project, she was surprised to bump into Song Kang, who was chosen to be the Netflix show’s lead actor.

Now, the two have become close friends who have a very wholesome way of cheering each other on. Early in the year, Song Kang sent Min Si a coffee truck on the set of Mount Jiri. Min Si then returned the favor recently by sending out another coffee truck on the set of the actor’s upcoming drama Nevertheless, to cheer him on as well. If that’s not considered #FriendshipGoals yet, we don’t know what is.

8. Aside from being an actress and model, she’s also had experience in being a screenwriter and director.

It seems this rising star also has a number of untapped skills up her sleeve! In 2016, Min si wrote, directed, and starred in her original three-minute short film titled Parallel Novel. The story  is about a writer who tries to kill off his character by having her commit suicide, until the character unexpectedly fights back.

Watch the film below!

9. One of her career goals is to be able to partake in more mature acting  roles in the future.

In a press conference for Youth of May, Min Si remarked that landing the project was like destiny for her. She shared, “I’d always wanted to do a period piece or a melodrama. This project was like fate for me. I carefully reviewed the script and did research.”

In another interview with Esquire Korea, she expressed her goal of pursuing more mature roles in the future—preferably alongside stories that involve more scandal and romance. Basically all the elements to some of our favorite K-Dramas!

10. Her favorite shoes are a pair of pink Crocs.

In an interview with Marie Claire, the actress shared that her go-to shoes is a pair of coral pink Crocs, which she bought while filming Sweet Home. She decorated the footwear with various charms, including letters that spelled out “Sweet Home”, the Korean flag, and the NASA logo to symbolize her dream of having Sweet Home gain international success.  Aside from that, Min Si also revealed that she’s been wearing the pair for almost two years now, and it’s been one of her best purchases to date! Not only does it bring her fond memories, but she says that they’re really comfortable, too.

Oh No, We've Been Pronouncing Nutella Wrong This Whole Time 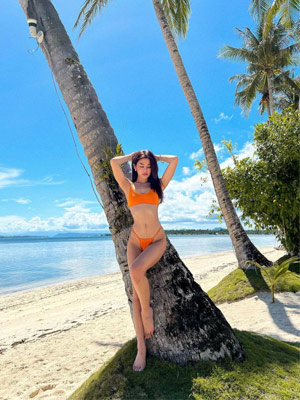 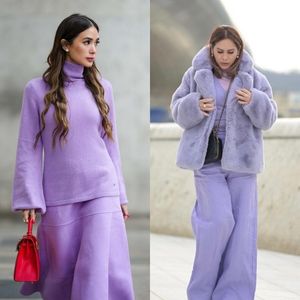 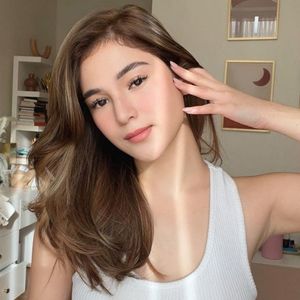 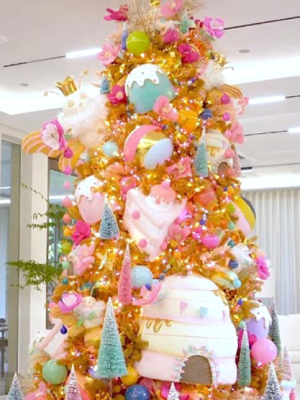 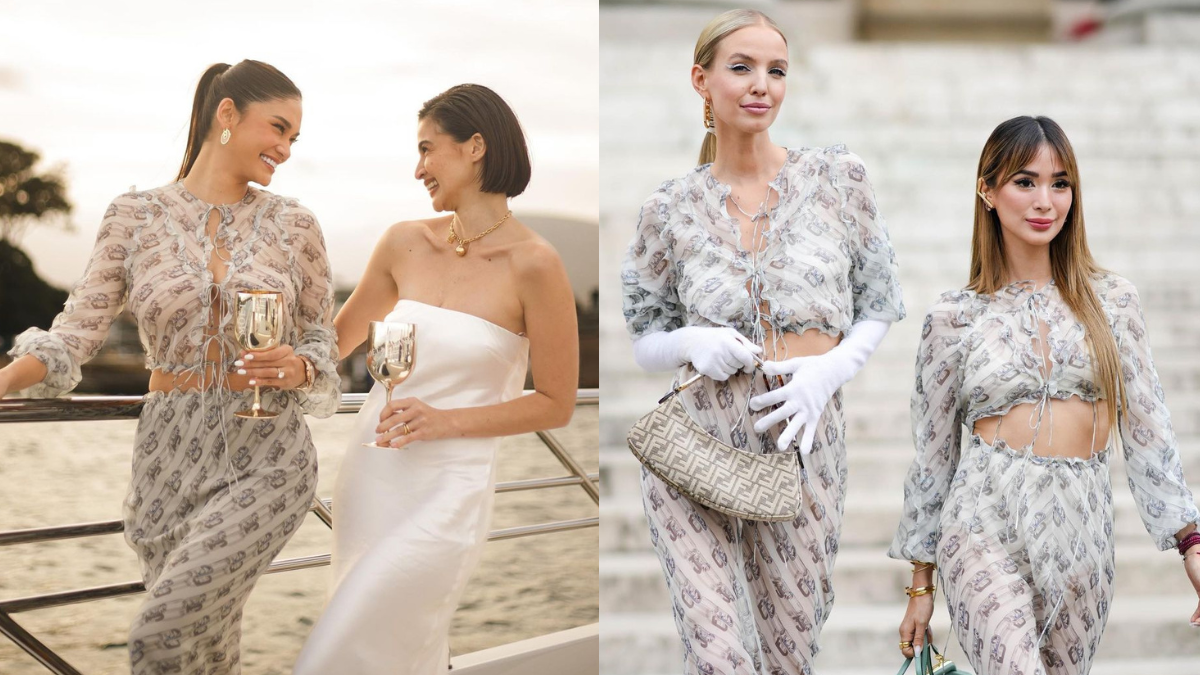 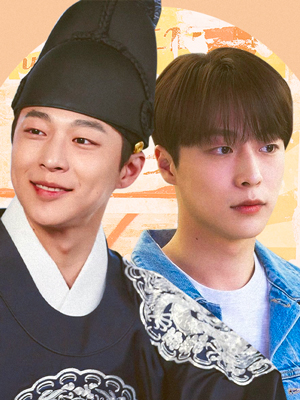 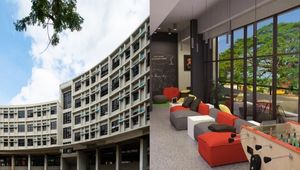 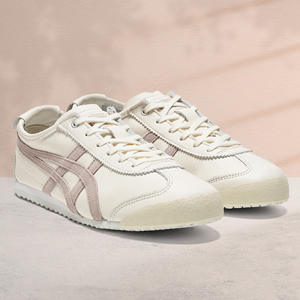