It's quite a star-studded one. 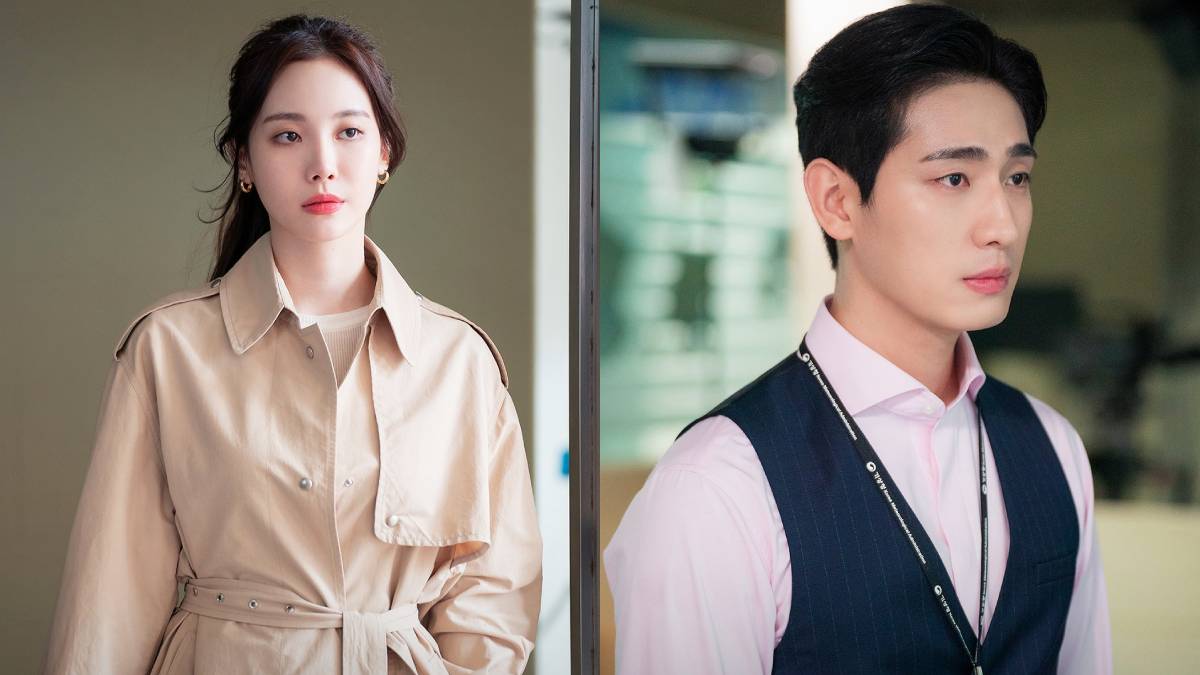 Get your raincoats on because you’re in for a storm—a star-studded one that is. Forecasting Love and Weather is here and it’s bringing more A-list actors into your binge-watch rotation. You’ll see a slew of your favorite seasoned actors delivering their usual show-stopping performances, along with a few rising stars bringing something fresh to the table.

Meet the cast of "Forecasting Love and Weather" and find out where you've seen them before:

Starting off the cast is Park Min Young who plays Jin Ha-kyung, the general forecaster of KMA. She’s a veteran actress in the industry, having started out in her teens in the hit series High Kick, and getting her breakthrough role with the drama Sungkyunkwan Scandal. She continued on to star in many hit series such as City Hunter and Healer, becoming a household name in the industry and a go-to endorser for brands. With decades of work under her belt, she’s the perfect leading lady to breathe life into Ha-kyung. Other films and series you might have seen her in are Glory Jane, A New Leaf, Remember, Queen for Seven Days, and her most popular drama yet, What’s Wrong with Secretary Kim.

Song Kang plays Lee Shi-woo, the person in charge of KMA’s Special Reporting Division. If you’re no stranger to K-Dramas on Netflix, then you’ve surely seen him around. He’s been dubbed the “Son of Netflix” after all, for his appearances in hits such as Sweet Home and Love Alarm. This is quite the feat being that Kang is a relatively new actor, having started out in 2017 with a small role in The Liar and His Lover. Loyal fans of the actor might have also watched him on Man in the Kitchen, When the Devil Calls Your Name, Navillera, and Nevertheless.

Next up on the list is Yura, who plays Chae Yoo-jin, a weather reporter for the daily newspaper. Her roots are in the music industry, where she started out as a member of the girl group Girl’s Day. She has since pivoted to television, where she’s appeared in a mix of dramas and variety shows. With her eclectic TV background, we're excited to see what she makes of her character, Yoo-jin. Other shows you can catch Yura in include Secret Angel, To the Beautiful You, Reckless Family 3, We Got Married, K-Pop Star, and Radio Romance.

Rounding up the show's main stars is Yoon Park, a.k.a. Han Ki-joon, KMA's public spokesperson. He has a background in music and started his career as a drummer in a cheekily-named band called Can’t Play Well. He then moved into the drama world to become the seasoned actor he is today, with a career spanning over a decade. Some of his notable shows are Flower of the Queen, You Are My Spring, Radio Romance, and Introverted Boss. You might have also come across the actor while watching Age of Youth, Legal High, and Search.

Lee Sung Wook plays Eom Dong-han, a senior forecaster in KMA. The actor started out as a theater performer, then made his way into film with The First Grade, and eventually dramas with Beautiful Mind. He's also starred in Missing, Spiritwalker, 365: Repeat the Year, Moonshine, and The Silent Sea.

Moon Tae-yu lends himself to the role of Shin Seok-ho, KMA’s neighborhood forecaster. He's also a theater star-turned-actor, and has appeared in several dramas over the years. You might have seen him in Your Honor, Doctor Detective, Do Do Sol Sol La La Sol, Fly, Butterflies, and Hospital Playlist.

Yoon Sa Bong plays Oh Myung-joo, a team leader at KMA. She started acting on the big screen with the film Finding Mr. Destiny, then went on to appear in popular dramas such as Shopping King Louie, Tomorrow With You, and Fight for My Way. She's also starred in a mix of movies and TV shows like Kim Ji-young: Born 1982, Partners for Justice, Good Casting, Nevertheless, and Lovers of the Red Sky.

Kim Mi Kyung plays Bae So-ja, Ha-kyung’s mom. One of the most ever-present actresses on the scene to play maternal figures, Mi-kyung always manages to deliver a tender performance. She has been active since 1985 where she started out in theatre before going on to have an impressive career in film and television. Mi Kyung has starred in  over 80 dramas, including Becoming a Billionaire, The Fujitive of Joseon, Goddess of Marriage, Hi Bye, Mama!, It's Okay to Not Be Okay, The Heirs, and 18 Again.

9. Jang So Yeon as Lee Hyang-rae

Another seasoned actress in the cast, Jang So Yeon portrays Lee Hyang-rae, the wife of Dong-han. She started acting in 2001, and has been unstoppable ever since. You might have seen her in Entourage, My Father Is Strange, Something in the Rain, The Secret Life of My Secretary, and Crash Landing on You.

Did You Know? Julia Garner’s Confusing Accent In “inventing Anna” Is Actually Intentional