Did You Know? Lee Si Young From "Sweet Home" Used to Be a Successful Boxer

She even had a few amateur titles to her name. 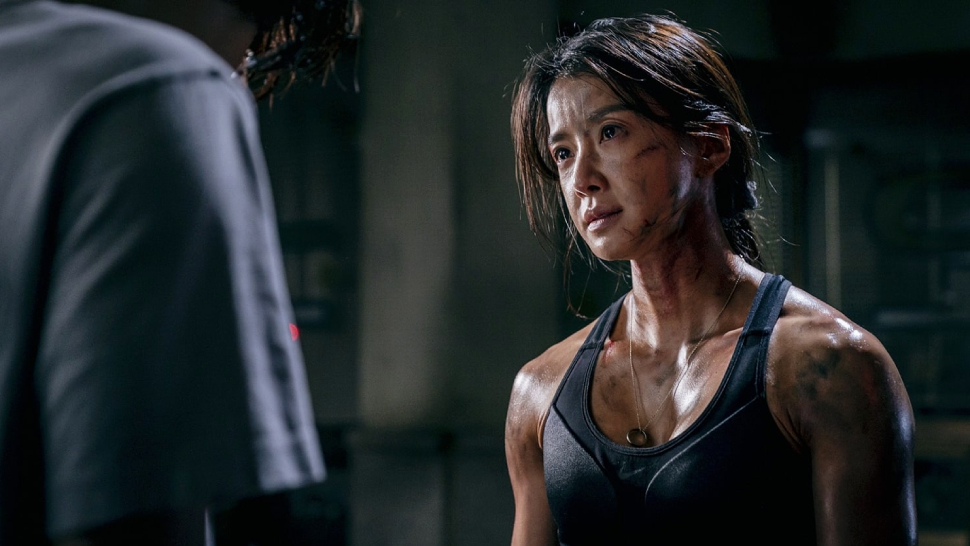 IMAGE Sweet Home/Netflix
She even had a few amateur titles to her name.
Shares
Share
Tweet
Comments

Monsters, gore, and a band of badass women arguably describes all the internet clamor around Sweet Home.

FYI, Netflix’s action-packed apocalyptic horror series centers on the reclusive loner, Cha Hyun-soo. After his family’s tragic passing, he moves into a new apartment complex called the Green Home. His hopes for a quiet stay is quickly upended when he realizes that the building is plagued by a malicious entity that turns its residents into monsters as reflected by their internal desires. Caught up in a real-life nightmare, Hyun-soo must now fight for his and his neighbors' survival.

The webtoon-based K-drama is led by Love Alarm actor Song Kang, but based on online reactions it seems the 26-year-old shared the spotlight this time with the show’s tough as nails female stars. Case in point: the post alone below by one twitter user, with just the caption “in conclusion: women,” along with photos of Sweet Home’s female characters, garnered more than 86,000 likes on the platform.

The drama’s female lead, Lee Si Young, in particular, has captured the hearts of viewers with her portrayal of Seo Yi-kyeong, a former firefighter and martial artist scarred by a heartbreaking past.

If you’re loving Si Young as much as we are, then here’s a must-know fun fact for you: She was actually a successful amateur boxer in the past! We mean, considering her ripped physique as featured on the show, we’re not at all surprised!

The actress took up boxing back in 2010 while preparing for a drama on MBC, though it ended up not airing. In spite of this, Si Young still pursued the sport and even competed in amateur matches for the next five years! She even has an impressive number of titles under her belt, including overall wins for the 47th Seoul Amateur Boxing Match in 2011, the 33rd President's Cup Amateur Boxing Contest in 2012, and the 24th National Amateur Boxing Championships in 2013, among others. Si Young made history for the latter after she was recognized as South Korea’s first mainstream celebrity to also become a national athlete.

“I was thrilled by boxing, which was a totally different job than being an actress,” she said during an interview. “I felt alive when I was on the ring…I like the fluorescent light in the gym instead of the red carpet. I like the fact that every single drop of sweat counts instead of how pretty I look. Maybe I wanted to punish myself who was lazy and full of complaints back then.”

Si Young dreamed of representing South Korea in the 2016 Summer Olympics in Rio de Janeiro. Unfortunately the injuries she sustained from the sport, which included a dislocated shoulder, forced her to announce her retirement in September 2015 at 33 years old.

That said, despite her strong, badass character on Sweet Home, and her impressive athletic past, Si Young says she’s actually the opposite of Yi-kyeong in real life. “[Yi-kyeong] is sort of the pinnacle of a woman and a female character in charge, and I would say that that's quite different from my actual personality,” she revealed in a round-table media interview for the series. “In fact, I look up to the character and I wish I could learn a lot from her. The strength that she has, and her passion for survival, as well as her very quick judgment, these are all elements that I want to admire and aspire to be.”

Her reply when asked if she’s as tough as her character? “I love to arrange flowers in my free time.” We don’t know about you, but we love her even more now!

You can stream Sweet Home exclusively on Netflix.

Twix And Maltesers Fans, You Need To Check Out These Doughnuts

This Minimalist Coffee Shop In Laguna Is Worth The Drive