Check out the visual diaries of Bea Alonzo, Alex Gonzaga, and more celebs. 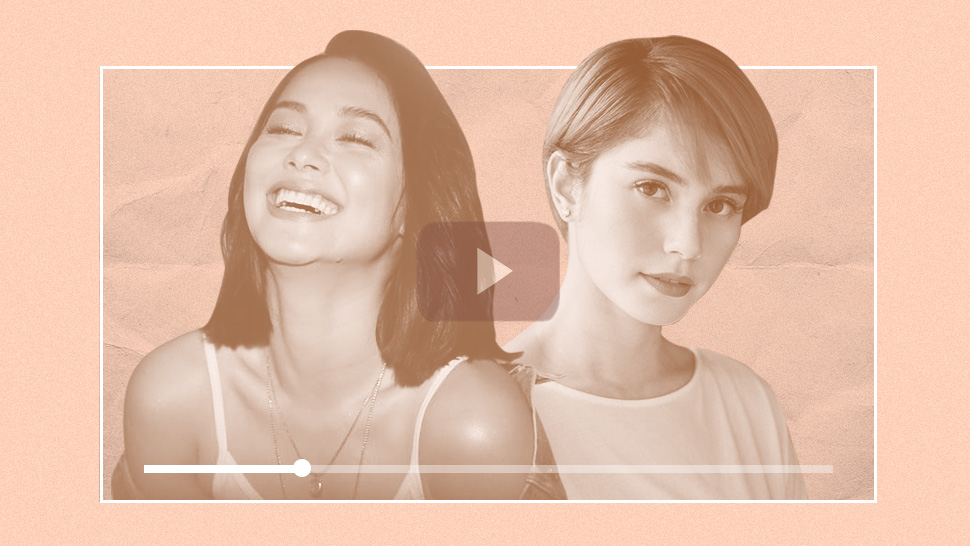 These days, there are so many avenues where you can express yourself online, but there’s only so much that you can say in a tweet or an Instagram caption. A vlog is great for sharing a bigger chunk of the picture in more imaginative ways. A travel diary, a cooking challenge, a closet raid—these are just some of the creative ways that you can express yourself in this platform. And when you work in front of the camera—as an actress, a host, a singer, a dancer, or all of the above—the artistic freedom to tell your story through a video is all the more enticing.

It’s no wonder that more and more celebrities are creating vlogs of their own, where they can take charge of the narrative and entertain fans in their own unique way. Here are 10 best local celebrity vlogs launched over the past year that you should watch.

The actress, dancer, and singer joined YouTube in January, but it wasn’t until May that she released the first episode of her vlog titled “Meet Maja.” In the pilot episode, she documented her work-slash-family trip to Cebu, where she performed at the Sinulog Festival and swam with whale sharks in Oslob. Aside from seeing Maja in her own element, what’s interesting about the video is the detailed breakdown of their expenses from the food to the sightseeing packages. Since then, she has released more travel content (#WanderMaj), dance challenges (#MajaMoves), and intimate sit-downs (#MajaMoments).

One of the more consistent vloggers in showbiz, the actress launched her vlog, #SenoritaJessyIsInLove, in January. Jessy shot the pilot episode in Okinawa, Japan, where she visited her sister Pam with boyfriend Luis Manzano. Her relationships with her family, with Luis, and with herself play a major part in her videos. Aside from sharing her travel adventures, workout routines, and makeup tutorials, Jessy goes deeper by revealing her weight struggles and insecurities, which she overcame with help from loved ones. So far, her most popular videos include her heart-to-heart talks with Luis, her closet de-cluttering, the one where she cooks tinola made extra spicy by green chili, and mean comments online.

The actress makes it clear from the very beginning: She’s doing the vlog as a no-pressure way to have some fun. Now fun comes in different forms for Erich, including her celery juice morning routine, her home workouts, and her no-makeup makeup tutorial. It also includes hanging out with her friends who happen to be famous, too. There’s her whisper challenge with Enchong Dee, one of her favorite leading men. There’s her catch-up with Thai actor Mario Maurer, who was her onscreen partner in Suddenly It’s Magic seven years ago. There’s her viral Q&A in June with Julia Barretto, where her best friend intriguingly said she’s “in love with the peace” she's gained recently, which, at the time, sparked the breakup rumors related to her now ex-boyfriend Joshua Garcia.

Launching her vlog on her birthday in January after 20 years in show biz, the actress-host averages millions of views per video. In her pilot episode, she takes off her makeup as she talks about sharing her life as a working mom, a wife, a daughter, and a sister (to fellow vlogger Alex Gonzaga). Her next vlog was about her parents’ strict rule against overnight trips with boyfriends and how she and now husband Paul Soriano came to terms with it. It immediately went viral, and so did her next heart-to-heart vlog with her dad. Toni has also vlogged about her son Seve, her car makeup routine, and inspirational words to live by.

Last May, the actress and singer made her YouTube channel debut. One of the segments of her vlog is “Co-Love,” where she collaborates with boyfriend Dennis Trillo in the home recording studio that they had designed themselves. Most of her vlogs so far are cover performances featuring Dennis and a band—the most viral is “After All,” which has 1.3 million views to date. Another segment is called “Jen Survives,” where she takes on different challenges, like playing the video game Counter-Strike: Global Offensive (CS GO) for the first time.

The funny host and actress just celebrated her vlog’s second anniversary with her four million subscribers. The first Gonzaga sister to become a vlogger has a knack for creating viral content, getting millions of views per video in a matter of days. Whether it’s a timely parody of Bird Box, a bag raid featuring sister Toni and nephew Seve, or a La Union trip with boyfriend Mikee Morada, Alex knows just what her audience wants to watch. Her most viral video yet? The music video of her hit single, “Chambe,” which has over 26 million views since it was posted eight months ago.

Currently working towards one million subscribers, the actress started vlogging almost two years ago. Kim kicked things off with an exhilarating sky dive in the Niagara Falls and a dramatic look at her Star Magic Ball glam prep in 2017. Her most viral videos are her home tours, how-tos, and travel diaries with boyfriend Xian Lim. In one of her home tours, Kim shares her collection of luxury bags neatly organized per designer. She also has a huge collection of sneakers, which she calls her “babies” next to her designer bags. Her skincare and makeup routines are her top how-tos, while her Taiwan and China trips with Xian are her most watched travel vlogs.

The actress started her passion project, “By Bea,” a little more than a year ago to vlog about new experiences and challenges. In July last year, she shared her fitness routine that included juicing, doing pilates, and working out with a personal trainer. Her most watched vlog is her family’s trip to Amanpulo for her mom and stepdad’s 12th wedding anniversary. Fans are eagerly waiting for Bea to post a new video since her last one was the teaser of her glam prep for Star Magic Ball last year.

The multi-faceted artist describes herself as “just a girl who likes to do a little bit of everything” and that’s exactly what she shows on her two-year-old vlog. She cooks, bakes, paints, sings, dances, and so much more. Her husband Nico Bolzico makes cameos, of course—her very first vlog was the short-lived “Naked Chef” series where the couple cooked in their undies just for kicks. Solenn further gives viewers a glimpse of her personal life through videos like her civil union with Nico in Argentina and her brother Erwan Heussaff’s nuptials with Anne Curtis in New Zealand.

The actress and global fashion favorite is almost at the 1M mark with over 970K subscribers since launching her vlog in September last year. Starting with a bang, Heart’s first vlog was about her 2018 Paris Fashion Week adventures with Crazy Rich Asians author Kevin Kwan. Since then, she has also vlogged about Milan, New York, and other fashion capitals. Her most watched videos include a tour of her gorgeous closet, a peek into the contents of her Birkin, and a tutorial of her go-to glam look. Aside from fashion and travel, Heart’s vlog is a visual diary of her love for husband Gov. Chiz Escudero, her beloved dog Panda, and her family and friends.

LOTD: This Beauty Vlogger Doesn't Care What You Think About Her Acne