How Barbie Imperial Achieved a Glassy, No-Makeup Look at the ABS-CBN Ball

No foundation, no falsies, no mascara! 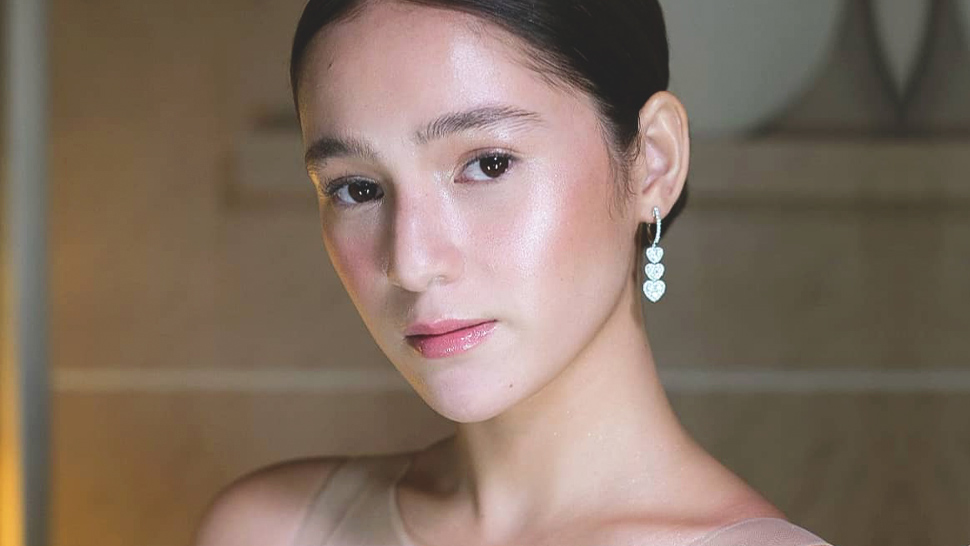 Last weekend at the ABS-CBN Ball, Barbie Imperial did what many celebrities haven't dared to do on the red carpet before—she showed up to the event almost barefaced. By that, we mean the bare minimum—she wore zero foundation, no falsies, and not even lipstick! Her makeup artist Mark Qua just wanted to give her glowing, flushed skin to highlight the young star's natural beauty.

"It was a good thing that she was up for it, because hindi lahat ng artista kayang lumabas ng red carpet nang wala lahat—walang falsies, foundation, eyeshadow, or contact lens," Mark tells Preview. Fortunately for Barbie, a glassy glow and a no-makeup look is the makeup artist's specialty—in fact, you've probably seen him do a similar look on Elisse Joson and Mariel Padilla.

Ahead, Mark breaks down everything he did to craft Barbie's barely-there makeup look for the ball:

"The challenge [with the no-makeup look] was making it look like she's [still] attending a red carpet [event]," Mark says. To pull it off, he focused on making the skin almost translucent by mixing different textures and hues, and adding as much untraceable color to the skin as possible.

For skincare, he started by spraying an aloe-infused mist and applying a layer of rose oil. He then primed for makeup with a gel sunscreen from Canmake and a pink liquid illuminator to smooth out the texture of the skin while giving it a soft glow.

Again, no foundation was used for this look! Mark simply evened out the skin tone with Laura Mercier's tinted moisturizer and a touch of the brand's concealer under the eyes to camouflage discoloration.

Barbie's rosy cheeks were made of a cocktail of products, starting off with a cream blush from Stila, Nars' powder blush in Free Soul (this seems to have been discontinued but we found a similar shade below!), and three shades from Charlotte Tilbury's Glowgasm Face Palette. FYI, mixing cream and powder blushes like Mark did actually helps the color last longer!

Speaking of blush, Mark added a sheer layer of the Stila cream on Barbie's eyelids to give it some color before tapping some eye gloss on top. For some definition that still looks invisible, he tightlined her eyes with a gray eyeliner and curled her eyelashes. Her lip color was equally sheer and shiny, thanks to a generous swipe of tinted lip balm.

The finishing touches on the complexion are critical, because the last thing he wanted to do is take the glow away. "Using a translucent powder would mattify the whole look, so to set the makeup I used Laura Mercier's Candleglow Powder instead," shares the makeup artist. The difference is that this product acts more like a finishing powder, which tones down the tackiness on the skin instead of removing the shine entirely.

Just to prove how gorgeous Barbie's glow on the red carpet was, here's the finished look on video!

10 Best Hair Dryers For A Quick And Easy Blowout

How To Build A Basic Skincare Routine For Under P2000