JUST IN: Jinkee Pacquiao Is One Glamorous Ninang at a Wedding Wearing Accessories Worth at Least P10 Million|Read more »
Culture | By Katrina Maisie Cabral - Dec 28, 2022 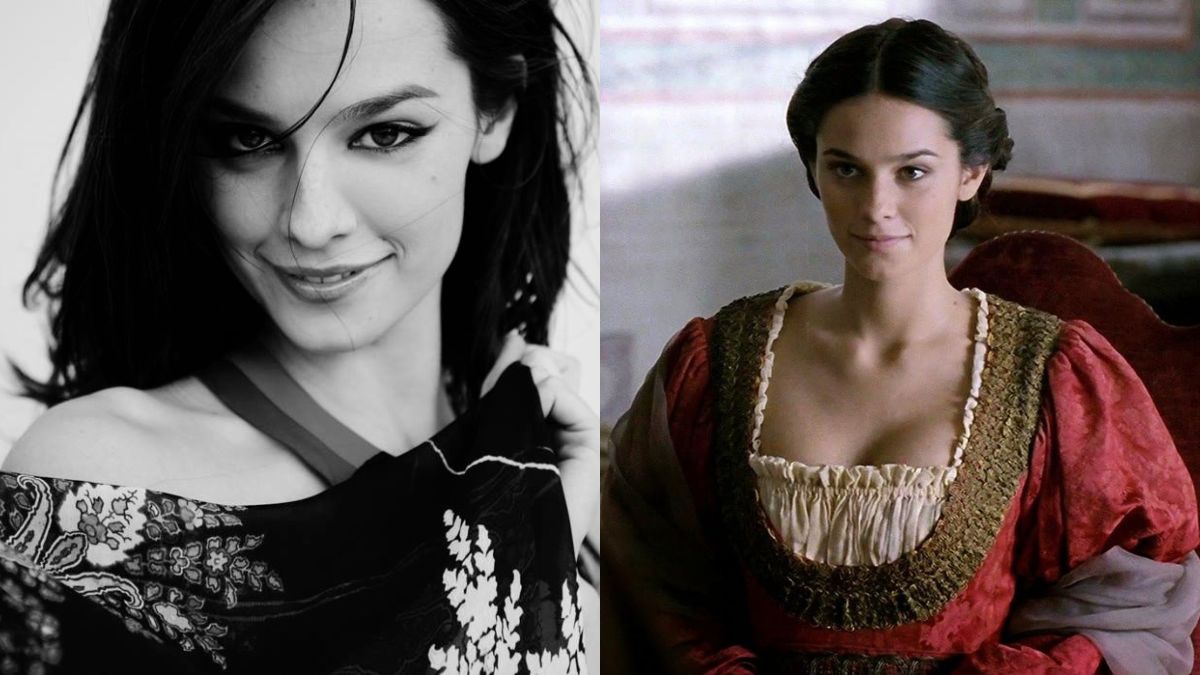 In case you haven’t heard, Song Joong Ki has officially tied the knot! The K-drama actor and his agency HighZium Studio confirmed the relationship days after the couple was snapped together at Seoul’s Incheon Airport in December. On January 30, Joong Ki announced their marriage on his official fan cafe.

And while the initial confirmation of their relationship hinted that the Reborn Rich actor’s mystery woman was a non-celebrity British national, several fans across the internet put on their detective hats to do some digging, concluding that Joong Ki’s new partner might be the London-born actress Katy Louise Saunders who holds some renown of her own.

For those curious about the Hallyu leading man’s real-life ladylove, scroll on for the essential info!

1. Katy Louise Saunders is a Cancer.

Katy was born on July 21, 1984 in London, United Kingdom to an English father and a Colombian mother.

2. Katy Louise Saunders is based in Italy.

As a child, the future actress moved to Rome due to her father’s profession. Even though she spent her childhood in the predominantly Italian-speaking capital, Katy kept to her British roots as a student at the English School, where she fluently conversed in her mother tongue.

3. Katy Louise Saunders studied at a university in Milan.

After spending her primary school days in Rome, Katy eventually found her way to the Northern Italy city Milan for college. She earned a bachelor’s degree in Business Administration at Bocconi University, joining the ranks of distinguished alumni, including former Italian prime minister Mario Monti.

4. Katy Louise Saunders made her acting debut in 2002.

At 18, Katy made her silver screen debut in the Italian drama Un viaggio chiamato amore (A Scandalous Journey), a biographical story of 20th-century feminist poet Sibilla Aleramo. The actress portrayed the younger version of the protagonist, who is later played by Laura Morante.

5. Katy Louise Saunders was an extra for The Lizzie McGuire Movie.

Y2K kids will fondly remember the 2003 Disney favorite The Lizzie McGuire Movie, which saw Hilary Duff’s iconic teen character find accidental fame during a school trip to Rome. Katy is actually a credited extra in the hit film, where she appeared just fresh off her debut. In one scene, Lizzie’s best friend Gordo (Adam Lamberg) approaches a pair of Italian girls holding a magazine that featured Hilary’s character on the cover. Gordo soon realizes that Lizzie has been mistaken as a local pop star, catapulting the rest of the movie’s events.

Lizzie McGuire isn’t the only foray into Hollywood that Katy has made! The British actress’ filmography includes a 2004 episode of Law and Order; the 2013 film Third Person alongside Liam Neeson, Mila Kunis, Adrien Brody, Olivia Wilde, and James Franco; and the most recent, the 2018 thriller Welcome Home, which co-stars Emily Ratajkowski and Breaking Bad’s Aaron Paul.

7. Katy Louise Saunders won an award for her role in a 2006 period film.

In 2007, the then-budding actress bagged a Best New Performer award at the Toulouse Cinespaña Film Festival for her portrayal of Giulia Farnese in Los Borgia. The 15th-century historical film centered on the dynasty of Rodrigo Borgia, a so-called “cunning schemer” who is later appointed as Pope Alexander VI. Katy portrayed the Italian noblewoman, who is the sister of Pope Paul III and the future mistress of Pope Alexander VI.

While HighZium Studio’s official confirmation of the relationship stated that Joong Ki’s new girlfriend was a “non-celebrity,” eagle-eyed netizens were able to unearth potential info, leading to Katy’s involvement in the rumors.

During the actor’s acceptance speech for the grand prize at 2022’s APAN Star Awards, Joong Ki gave thanks to “Katy, Marla, Maya, and Antes.” In a 2014 Facebook post from Katy, it’s revealed that the actress is the proud fur mom to dogs named Antes and Maya!

News of Joong Ki’s confirmed relationship led to several speculations across the internet, with many theorizing that Katy is the actor’s English teacher, following her alleged “retirement” from acting.

HighZium Studio, however, shared no further info on the couple, stating that they “cannot confirm anything other than the fact that they are dating,” in a translation from Koreaboo.

10. Katy Louise Saunders is not publicly active on social media.

Did You Know? Song Joong Ki Says He Doesn't Want to Be "Reborn Rich"