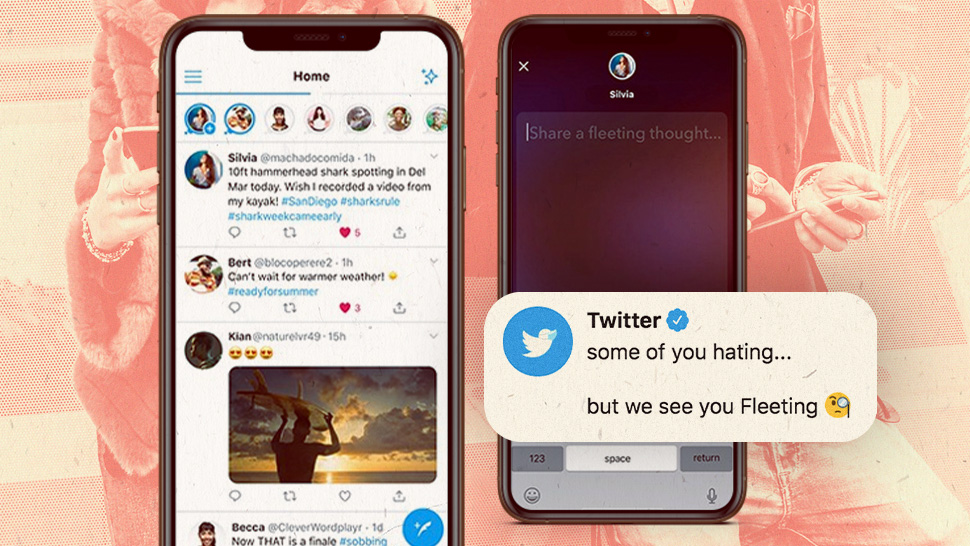 So, have you opened your Twitter account lately? If you have, then for sure you’ve already noticed something different about the app. On the upper section of your screen, you’ll find familiar-looking icons with photos of accounts that you follow, and brace yourself because it would feel a lot like, ahem, Snapchat or Instagram Stories.

Everyone, meet Twitter’s new Fleets feature! Most likely named after the idea of a fleeting thought, Fleets is Twitter’s own take on short-term uploads that expire after 24 hours—a format that has been pioneered by apps such as Snapchat and Instagram, and later adopted by Facebook in the form of My Day.

According to the social media platform’s official blog page, “Twitter’s purpose is to serve the public conversation” but there are users who find it uncomfortable to join in a discussion “because it feels so public, so permanent, and like there's so much pressure to rack up Retweets and Likes.” Hence, the app rolled out a Fleets feature as a way for them to share their fleeting thoughts. It allows the user to Fleet text, photos, or videos, and react to tweets instead of traditionally “retweeting” them. Soon, the app will also update it with fun stickers and a live broadcasting option.

Like Instagram Stories, Fleets are only live for 24 hours and your followers who viewed your updates will be displayed. Additionally, anyone can reply to your Fleets if your Direct Messages are open to public.

Ironically, the Twitterverse hasn't been welcoming Fleet with open arms with a lot of users seemingly hating on the update. Turns out, the word "no" easily became the most popular first Fleet for many netizens, too.

But whether you love it or hate it, it looks like the Fleets feature is here to stay! Twitter itself seems convinced that it's gonna stick around long enough for its users to get used to it.

How about you? Will you be Fleeting anytime soon?

Do the “Foot-Pop”: The Cool New Instagram Pose Influencers Are Doing