JUST IN: Jinkee Pacquiao Is One Glamorous Ninang at a Wedding Wearing Accessories Worth at Least P10 Million|Read more »
Culture | By Jam Nitura - Aug 12, 2020 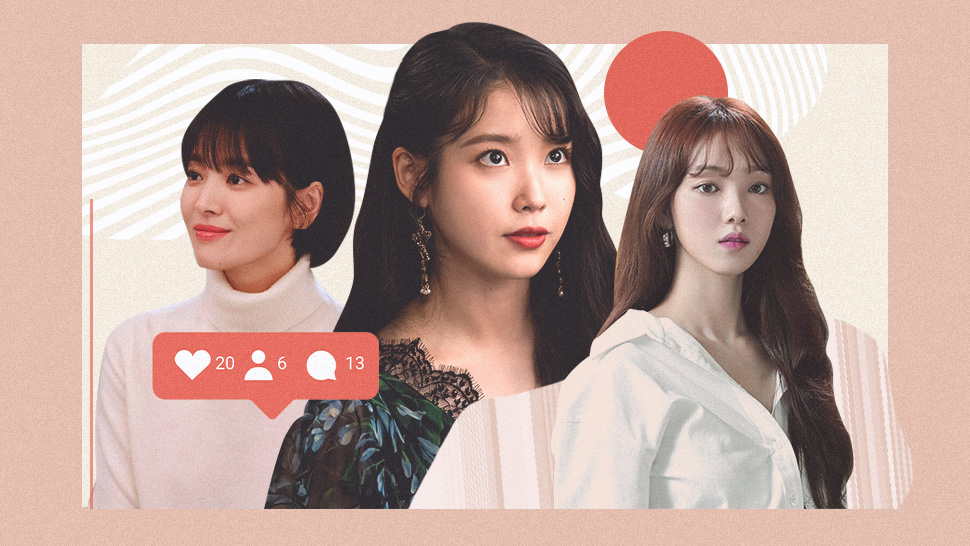 Everyone’s gone K-drama crazy these days. The unique storylines, good cinematography, and actors who really get you engaged with each scene are enough of a hook. Add to that how well they throw in the latest fashion and beauty trends, and it’s difficult to stop watching episode after episode. You’re bound to have singled out a few of the actresses you’ve come to enjoy watching on the small screen, and like many K-drama fans, you might have started following them on social media, too.

That said, if you're curious about the current hottest and brightest female stars on the social media app, below we’ve listed down the most followed K-drama actresses on Instagram.

Watch the video below and get to know each one of them!

Taking the 10th spot is Park Min Young. A formidable leading lady, she’s best known for her roles in What’s Wrong with Secretary Kim, City Hunter, and Her Private Life. She also recently launched her own YouTube channel where she lets fans in on her personal activities. She’s since gained over 500,000 subscribers in just one month.

Next up is Park Soo Young, best known as Joy from the pop and R&B girl group Red Velvet. She first made her acting debut in 2017 after bagging the lead role for the romantic drama The Liar and His Lover. Joy reportedly gained the most Instagram followers among K-pop idols who launched their individual accounts in 2019.

Another K-pop idol turned actress on the list is Krystal Jung of f(x). After playing a number of minor characters, including a supporting role on The Heirs, Krystal landed her first leading role on the romantic drama My Lovely Girl where she starred alongside fellow singer and actor Rain. As her girl group went their separate ways in 2016, Krystal continued on with her acting career, appearing on shows like The Bride of Habaek, Player, and Prison Playbook.

Taking the seventh spot is Kim So Hyun. The 21-year-old stepped into the spotlight at a young age as a child actress, and was even dubbed by Koreans as The Nation’s Little Sister. She’s since become a household name after her roles on Moon Embracing the Sun, Missing You, and Love Alarm.

Top Hallyu star Song Hye Kyo lands herself on the sixth spot. The actress, who was made famous by Endless Love: Autumn in My Heart, and Full House, once again enjoyed international prominence after playing Dr. Kang Mo Yeon in Descendants of the Sun. She’s also ranked twice in Forbes magazine’s Korea Power Celebrity List, coming in at number seven last 2017, before climbing to sixth place a year later.

The lovely Park Shin Hye takes the fifth spot with over 10.8 million Instagram followers to her name. Best known as the leading lady for successful dramas such as The Heirs, Pinocchio, and Memories of the Alhambra, Shin Hye is the 10th highest paid K-drama actress of 2020, raking in a reported $17,000 an episode.

Nabbing fourth place is Girls Generation’s YoonA. The singer and actress famously appeared alongside Ji Chang Wook in the action melodrama The K2. After topping the charts with SNSD and impressing viewers with her acting skills, YoonA’s fame has brought with her a wide range of commercial deals, making her the member with the most number of solo ads from her eight-piece group.

Meanwhile, taking the third spot is singer and actress Lee Sung Kyung. This triple-threat contender first broke into the entertainment industry as a model before transitioning to acting in 2014. She’s now best known for playing the lead roles on Weightlifting Fairy Kim Bok Joo, as well as the sequel to Dr. Romantic.

Miss A’s Suzy takes second place with over 12.6 million followers. The K-pop idol first stepped into the acting business with her iconic role as Go Hye Mi in the hit teen drama Dream High. She’s also known for her philanthropy as she continuously donates to charitable organizations every year on her birthday. Rounding up her acting repertoire are dramas like Vagabond, While You Were Sleeping, and Uncontrollably Fond.

Taking the coveted top spot is singer and actress IU with a growing following of 15 million. One of the most beloved Hallyu idols, she’s consistently appeared on Forbes’ Korea Power Celebrity List since 2012. Apart from her sweet and soothing voice, IU is well known for her acting chops, having starred in dramas like Dream High, The Producers, and Hotel Del Luna.