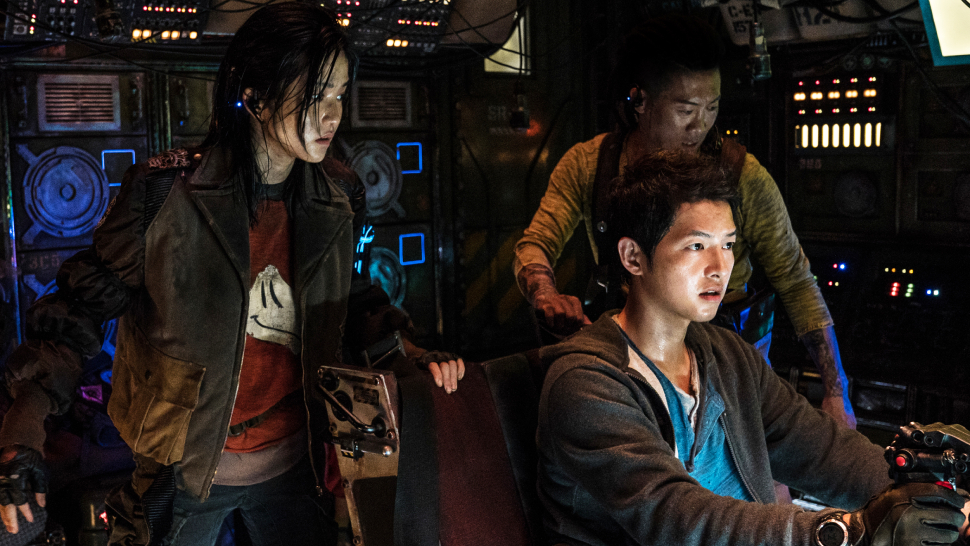 Korea’s first-ever space blockbuster film is almost here and we’re already geared for blast off! Titled Space Sweepers, the upcoming Netflix film also marks Song Joong Ki’s return to the silver screen after four years, and considering the space opera is being likened by media to similar Hollywood big shots like Guardians of the Galaxy and Star Wars, we have big expectations for the Descendants of the Sun actor and the rest of the cast.

Below, we run down everything you need to know about Space Sweepers:

A thrilling galactic escapade, Space Sweepers is set in 2092 where the Earth has become nearly uninhabitable. The human race is now divided into the privileged who live in a pristine habitat located between the Earth and the moon, while others are left to fend for themselves on the ruined planet. When a spaceship crew who live off salvaging space debris snatches a crashed space shuttle containing a seven-year-old girl, they soon realize she’s a prized human-like robot wanted by their privileged peers and decide to demand for ransom in exchange.

2. It features a strong cast.

Song Joong Ki plays Tae-ho in the film, a genius space pilot who’s tasked to maneuver their spaceship, Victory. Joining the team is an exceptional cast of characters, including Kim Tae Ri (The Handmaiden, Mr. Sunshine) as Captain Jang, an ex-space pirate; Jin Sun Kyu (The Outlaws, Extreme Job) as Tiger Park, their ship’s engineer; and Yoo Hae Jin (King and the Clown, Intimate Strangers) as Bubs, a reprogrammed military robot. English actor Richard Armitage, best known for his role on The Hobbit franchise, has also taken part in the film as James Sullivan, the movie’s evil genius and main antagonist.

Seated in the director’s chair is Jo Sung Hee, an award winning director best known for his eclectic body of film work. The most notable of which is the 2012 fantasy romance movie A Werewolf Boy, which earned Sung Hee the Best Director honor at the 49th Baeksang Arts Awards. ICYDK, A Werewolf Boy also starred Joong Ki as the titular lead, marking Space Sweepers as a reunion project for the two after nine years.

It took Sung Hee 10 whole years to finally finish developing the story around Space Sweepers. In fact, Joong Ki revealed that he actually first heard about the film years ago while still on the set of A Werewolf Boy.

"It started with the idea of space travelers collecting space junk that is moving faster than a speeding bullet. I heard about how these fast-moving fragments of space debris are growing and leading to in-space collisions," Sung Hee shared during a press conference. "I realized that this subject has already been dealt with in animations and games, but never in a film. I started writing the script wondering how Koreans, who possess a tenacious mentality, would approach this problem."

5. It’s set to premiere exclusively on Netflix this coming February 5, 2021.

FYI, the film drops at exactly 4 p.m. that day, in case you’re eagerly waiting to stream it the moment it comes out.

Watch the official trailer below!