If you love time travel, then this one's for you! 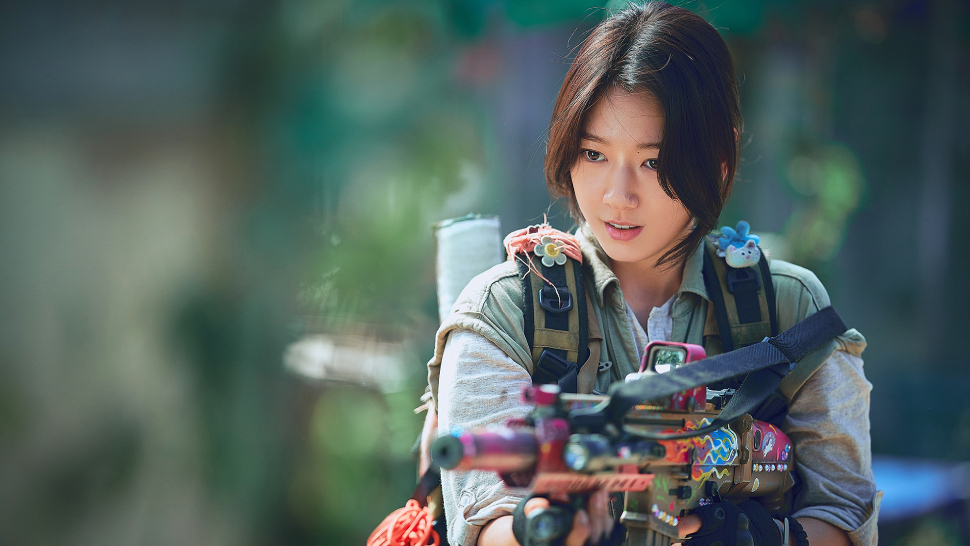 Park Shin Hye has returned to TV after two years and we’re already on the edge of our seats! After headlining two films last year, a.k.a. #Alive, and The Call, the actress has finally graced the small screen once again for what’s already poised to be one kickass adventure drama. Titled Sisyphus: The Myth, the JTBC project is simultaneously streaming on Netflix, and if you need a little more convincing before pressing play, then below, we’re listing down five things you need to know about the show!

1. It has a riveting plotline.

Sisyphus isn’t your ordinary show. In fact, if you’re a sucker for science fiction and time travel, then this K-drama is right up your alley. Set in a world where the present and the future co-exist, the series follows Han Tae-sul, a brilliant engineer respected for his contributions to a world-class South Korean company. Unbeknown to everyone, he’s actually been manipulating the business’ stocks after his brother died 10 years ago. Upon finally uncovering the truth behind his sibling’s death, Tae-sul sets off on a perilous journey and eventually crosses paths with Kang Seo-hae (Park Shin Hye), a soldier from the ruined future who, for some reason, has been dead set on seeking him out.

2. It has a star-studded cast.

Fun fact: Sisyphus wouldn’t have come to fruition if both Shin Hye and Seung Woo had turned down the main roles. Director Jin Hyuk reveals, “While discussing the casting with the writers, we decided that if we couldn’t get either Cho Seung Woo or Park Shin Hye, we would just work on a different drama.”

Speaking of Jin Hyuk, ICYDK, he’s a seasoned director who’s worked on several popular and successful K-dramas such as City Hunter, Legend of the Blue Sea, Master’s Sun, and Doctor Stranger. Sought after for his talent, even Shin Hye had always dreamt of working with him on a project. “I’ve always been curious about and wanted to work with director Jin Hyuk. I actually met him when I was younger and I’m so happy to have been able to work with him this time,” said the actress.

4. You can expect action-packed scenes.

Considering her character is a bold soldier who’s famously quick on her feet, prepare to see Shin Hye in action for the series. According to Netflix, in order to deliver on satisfying action scenes, the actress started training about a month and a half before shooting started. She even filmed for two more months than her co-star Seung Woo, who described her as “incredible” after seeing her powerful moves.

As a follower of K-pop group BTS, Director Jin Hyuk found a way to incorporate bits and pieces of the group on the show by making Shin Hye’s character Seo-hae a fan as well. Included in the easter eggs for ARMY was a teaser that showed Seo-hye coming across a BTS poster and listening to their song, Spring Day, right after. “Seo-hae lives in a future that is in ruins with people killing each other and struggling to survive. So I thought about what would be a source of comfort for her, and I thought that music would be a good fit,” explained Jin Hyuk.

Watch the teaser below:

Sisyphus: The Myth is currently streaming on Netflix, with new episodes every week.

Here's Where You'll Find The Cast Of "prison Playbook" Next