DID YOU KNOW? Here's Why Kathryn Bernardo and Daniel Padilla Won't Be Getting Married Yet|Read more »
Culture | By Hanna Tamondong for Cosmo.ph - Aug 14, 2021

Here's Where You've Seen These 7 "Nevertheless" Actors Before 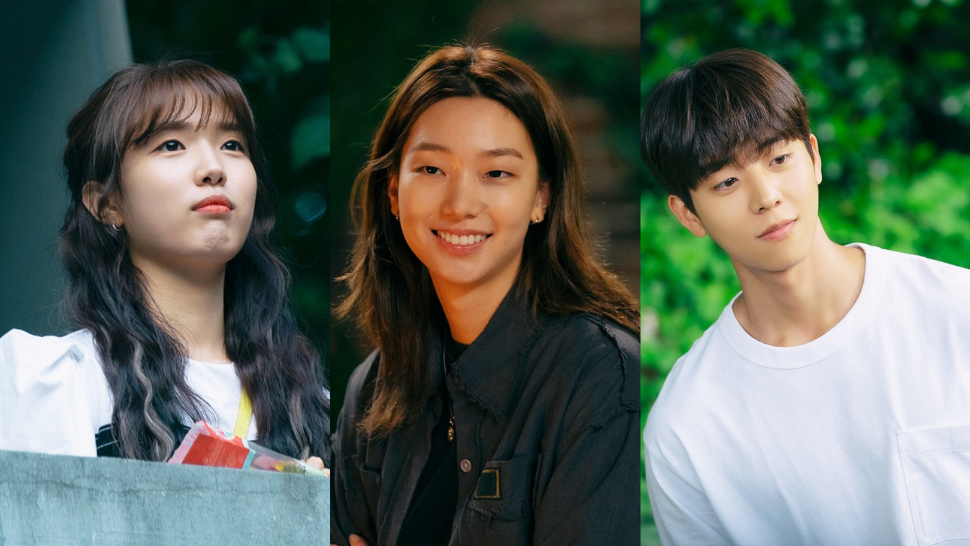 Today, we're shining the spotlight on the cast of Nevertheless, a.k.a. the series that gave us the butterflies. Unless you're living under a rock, content related to this drama is constantly on our Facebook, Twitter, Instagram, and TikTok feeds, and that's because of its refreshing plot and stunning actors. Ready to know who they are and which shows they appeared in? Check out our list below!

Nevertheless Cast Members And Where You've Seen Them

The forever busy Song Kang portrays Park Jae-eon, a student from Hongseo University who majors in flirting...uhm, I mean he's part of the Sculpture Department. You'll recognize him for his butterfly tattoo on his nape. Park Jae-eon is a friendly guy but sometimes, he gets too friendly (and intimate)—and yet, he doesn't want any strings attached. In short, he's a walking red flag.

Song Kang was cast in various K-dramas (like The Liar And His Lover and When The Devil Calls Your Name) but it was the Netflix original series Love Alarm that catapulted him into stardom. The show was such a hit that a second season was released earlier this year! Aside from Love Alarm, you've seen Song Kang in Sweet Home where he showed his versatile side as Cha Hyun-soo. On top of that, he transformed into a ballerina in yet another Netflix drama, Navillera. No wonder our boy is dubbed as "Netflix's Son"!

Han So Hee plays opposite Song Kang as Yoo Na-bi. She's also an art student like Jae-eon, and what brought them closer is her name, which is is the Korean translation of the word "butterfly." The pretty and talented Na-bi went through a toxic relationship before she met Jae-eon, and she lost her self-confidence. She then vowed to never fall in love again but nevertheless, she's still open to dating.

How can we forget Han So Hee's role in the super stressful K-drama, A World Of Married Couple? Here, she was cast as the other woman Yeo Da-kyung, and everyone hated her to the point where her Instagram posts were flooded with angry comments! This just goes to show that she's an amazing actress. So Hee also proved her acting skills in Abyss, After The Rain, 100 Days My Prince, and Money Flower. Before she started acting in dramas, she made her debut in the music video of SHINee's Tell Me What To Do.

Our Potato Boy Yang Do-hyuk is the epitome of the ideal K-drama guy— he's a gentle soul, he can cook his way to your heart, and he's just an overall good boy. Plus, his smile can definitely make you smile! Do-hyuk's first love is Na-bi and he's glad to have met her again after a decade. Now, he's determined to win her heart.

Apart from Nevertheless, Chae Jong Hyeop is also a cast member of the web series The Witch's Diner, which is currently airing. In this show, he's a high school student slash part-time restaurant worker named Lee Gil Yong. Also this year, Jong Hyeop appeared in the Park Shin Hye-led drama Sisyphus: The Myth where he sported a blonde hairstyle for the very first time. Other Chae Jong Hyeop drams you shouldn't miss: Hot Stove League, Rumor, and Come And Hug Me.

Just when you think Jae-eon and Na-bi's love story is already frustrating (yet still swoon-worthy), Jae-eon's ex-girlfriend Yoon Seol-ah enters the scene. Of course, there's tension between the two since Jae Eon would often put Seol-ah first before anything. At the same time, he's also putting extra effort towards Na-bi.

Lee Yul Eum might be a fresh face for some of us but she actually has a long list of K-dramas under her belt! She's part of Queen Of Love And War, My First Love, Save The Family, Monster, and High School King Of Savvy, to name a few.

Lee Ho Jung as Yoon Sol is one of our favorite characters in the show! She's Na-bi's college classmate, and her BFF is Seo Ji-wan (played by Yoon Seo Ah). What makes her our fave is that she's actually in love with her best friend, and episode eight got us screaming because of her confession! Can we please have more Soljiwan interaction?

K-pop fans, does  Lee Ho Jung look familiar to you? Like you've seen her on a music video by an OG K-pop group? Well, your theory is right—she appeared in BIGBANG's Let's Not Fall In Love as Seungri's lover! She's totally a favorite among K-pop stars because she was also featured in other MVs, like Zico's I Am You, You Are Me, and Urban Zakapa's I Don't Love You. For her K-drama portfolio, Ho Jung was cast in Let Me Introduce Her, Night Light, and Moon Lovers: Scarlet Heart Ryeo.

Sol's BFF, Seo Ji-wan, has an adorable way of speaking and she's just too cute for words! While we wait for episode nine, we're just here manifesting more interactions between her and Sol.

20-year-old Yoon Seo Ah is pretty new in the industry, having debuted in 2018 in the drama Bad Papa. It was followed by the 2020 web series Love Revolution, where she played a supporting role. We're pretty sure more projects are coming to her, knowing that she's a remarkable character in Nevertheless!

Na-bi's charismatic bestie  Oh Bit-na had us wanting a hair makeover because of her unique hime cut. We were also shipping her with Nam Gyu-hyun (played by Kim Min Gwi, whom you've seen in She Would Never Know and L.U.C.A: The Beginning), but sadly, his character was edited out of the show following Min Gwi's cheating scandal.

Have you spotted Jang Hye Ji as Ji Eun Shil in  the 2020 drama, When The Weather Is Fine? Because we definitely did! In the same year, she worked with NU'EST's Hwang Minhyun  and Extracurricular star, Jung Da Bin in Live On. If you're a big fan of Hye Ji, you can binge-watch her other series including Big Issue, Falling In Love, and Secret Crushes.

This Bride's Grandmothers Walked Down The Aisle As Her "flower Lolas"