JUST IN: Jinkee Pacquiao Is One Glamorous Ninang at a Wedding Wearing Accessories Worth at Least P10 Million|Read more »
Culture | By Katrina Maisie Cabral - Sep 24, 2022 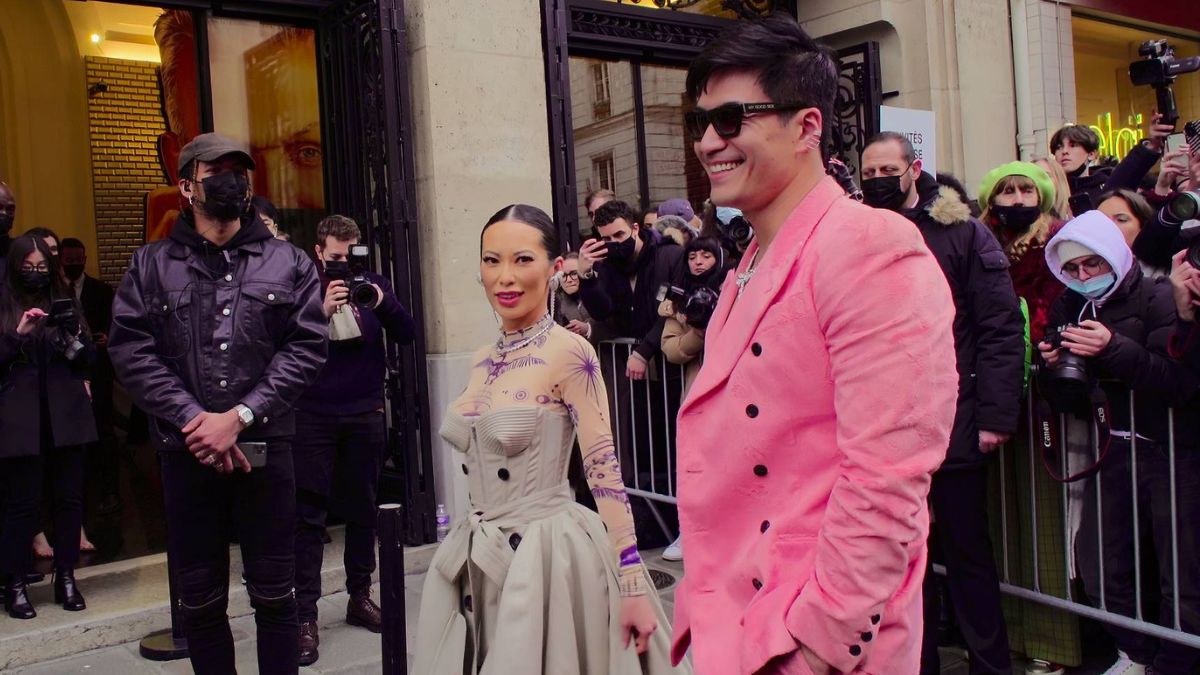 Spooky season is upon us, and so is the new content we’re about to devour. From new K-dramas to old faves’ even newer seasons, here are Netflix’s offerings this October 2022.

Asia’s uber-wealthy crew is back for a third season of Bling Empire, where unfinished business stirs up chaos within the circle. But of course, that won’t stop them from living their flashiest lives.

After her boyfriend’s mysterious disappearance, a young woman forms an unlikely allyship with a UFO enthusiast as she and her club stumble into a wild extraterrestrial conspiracy.

K-pop and the Korean music industry’s biggest names take the stage for their greatest performances yet. The catch? They have to do it all in a single take.

Under the Queen’s Umbrella (October 15)

Queen Hwaryeong’s patience is put to the test due to her troublemaking sons who are all in line to become the next king of Joseon. In order to shape them up for the throne, she sacrifices royal protocols and her dignity, all while leering competition vies for her crown.

Based on Tembi Locke’s memoir of the same name, picturesque Italy becomes the backdrop of a cross-cultural romance, as an American artist finds love with a Sicilian chef while dealing with love, loss, and everything in between.

Curated by auteur and horror master Guillermo Del Toro, bizarre nightmares unfold in eight tales ranging from macabre to magical, gothic to grotesque, or classically creepy, testing the boundaries of the horror genre in sinister ways.

In this Filipino Netflix original, a rock band’s lead singer is haunted by his demons. He sets out to seek his past in the US, where he rekindles his relationship with his young long-lost daughter.

The adaptation of the bestselling Jessica Knoll novel sees Ani FaNelli, a sharp-tongued writer from New York City who seems to have her life all figured out. That is until a true crime documentary uncovers a shocking incident in her prestigious high school, which she’s forced to confront yet again.

The School for Good and Evil (October 19)

The star-studded cinematic counterpart of the children’s book series sheds a light on best friends Sophie and Agatha, whose bond is put to the test after they’re sent to a school for magical heroes and villains.

It’s 1999, and a teenage girl is tasked to keep watch of a boy on behalf of her lovestruck best friend. Little did she know, she’ll get pulled into a romance of her own.

Amy, a compassionate nurse with a life-threatening illness, finds a friend in fellow nurse Charlie. Despite his thoughtfulness and unassuming ways, a series of mysterious patient deaths set off an investigation that leads to him as the prime suspect.

Netflix’s "Do Revenge" Might Just Be the New "Mean Girls"—Or Even Better!