K-drama is more than just romance! 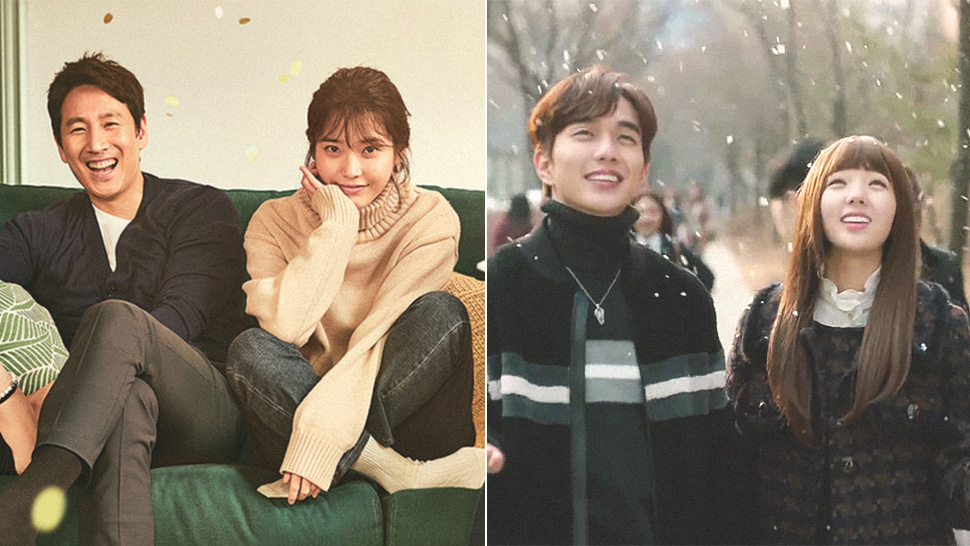 K-dramas are very popular because of their unique plots and storytelling techniques, especially for romantic comedies. However, lighthearted rom-coms aren’t the only types of K-dramas that are out there. There are also some that are very mindful of different issues like mental health—cleverly and seamlessly woven into the main plot.

While we know that a 16-episode series isn't enough to know everything there is to know about a certain mental illness, they do help raise awareness and give us a glimpse of how real they are. They help put a face on certain mental disorders, showing what it’s like to suffer from something you were either born with or given due to circumstances.

Below, we round up 10 K-dramas that are worth the watch:

Park Shi On (Joo Won) is a doctor who has autism and savant syndrome. Despite the challenges his condition poses, he is very talented—he even performed proper first aid once without medical training! However, upon joining a big hospital to start his career, he faces discrimination from patients and his fellow staff. Luckily, the good doctor is determined to prove them all wrong.

It’s Okay, That’s Love is a great avenue for people who want to understand how mental illnesses greatly affect people in their daily lives. In this K-drama, we'll see how psychiatrist Ji Hae Soo’s (Gong Hyo Jin) genophobia (irrational fear of sex) affects her relationship with Jang Jae Yeol (Jo In Sung), who in turn has schizophrenia (obsessions, hallucinations, compulsions).  You'll also stay to see Jang Jae Yeol’s friendship with the caring Park Soo Kwang (Lee Kwang Soo) who, even though has Tourette syndrome (involuntary clicks or sounds made), still finds away to pause his own problems to help out his friend. This K-drama will truly tug on your heartstrings!

Cha Do Hyun (Ji Sung), an heir to a huge company, experiences dissociative identity disorder in this K-drama. He creates a total of seven personalities as a defense mechanism towards stress and trauma from his childhood. To help him through his disorder to helm his company well, he seeks out the help of psychiatrist Oh Ri Jin (Hwang Jung Eum).

While this drama does not explicitly mention mental illnesses, it shows how the characters undergo immense stress, anxiety, and burnout. This is contextualized through the cutthroat educational system in South Korea. Sky Castle perfectly highlights the mental and emotional tolls students experience trying to prove themselves and to please their families, while showing the politics among parents.

Tackles: Reclusiveness due to trauma

You’d think that a CEO of a Public Relations company would be a super charismatic and extroverted person, right? Well, Eun Hwan Ki (Yeo Woo Jin) is quite the opposite as he lives with social phobia. He lives in total reclusion until he meets Chae Ro Woon (Park Hye Soo), a very energetic person who is very intrigued and interested in CEO Eun Hwan Ki.

While Chocolate will most likely make you drool because of the gorgeous shots of the delicious food made by Moon Cha Young (Ha Ji Won) and Lee Kang (Yoon Kye Sang), keep an eye on the show’s subtle approach on depression. On a metaphorical note, we’d like to think that the drama was titled Chocolate because there are studies that say that chocolate can help with depression. There are also several scenes in the drama showing the different stages of creating chocolate. Pretty cool, don’t you think?

Ji An (IU) and Dong Hun (Lee Sun Kyun) are both plagued by life’s hardships. Dong Hun is in his 40s and his wife, Yoon Hee (Lee Ji Ah), is cheating on him with an executive from his company. Meanwhile, Joon Young (Kim Young Min) and Ji An are buried in debt while trying to support her bedridden grandmother.  And with their shared experiences of troubles, they form an unlikely friendship, helping each other through life.

8. Cheese In The Trap

On the surface, Yoo Jung (Park Hae Joon) is a model student. He’s an athlete, he gets good grades, and he’s very kind—the whole nine yards! However, what other people don’t know is that Yoo Jung actually lives with an Antisocial Personality Disorder.

Hyde Jekyll, Me follows Koo Seo Jin (Hyun Bin), who has two distinct personalities: One that’s cold and distant like Hyde, and one that’s kind and sweet like Jekyll. He crosses paths with Jang Ha Na (Han Ji Min) who is the master and actress of a circus—the very same one that Seo Jin wants to tear down from his theme park.

Tackles: Severe allergy towards other people

This drama puts an interesting twist on anthropophobia or the fear of people! Min Kyu (Yoo Seung Ho) lives with this disorder, which leads him to reside in his mansion totally isolated from other people. Min Kyu hasn’t touched another human being in many years as he fears that he will die from his allergy once in contact with them. He then comes across the Aji 3, a realistic-looking robot designed to help people with various tasks and errands. But what he doesn’t know is that the AI robot has been replaced by Aji 3’s human peg while the scientists repair the broken robot. Uh-oh!

Netflix Series "money Heist" Might Be Getting A Korean Remake