They're even categorized by genre, too. 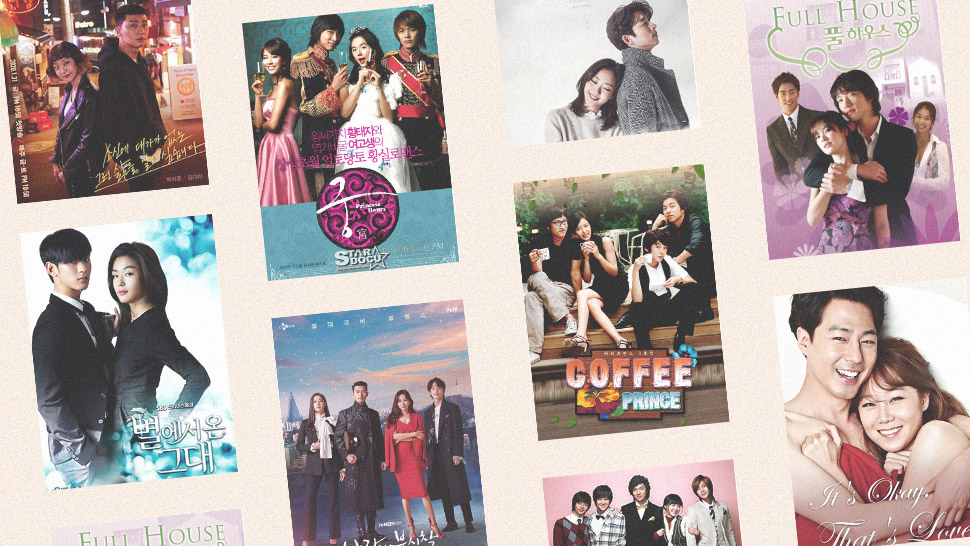 While the enhanced community quarantine gives you more time to bond with the family, you should also take advantage of having more me-time for yourself. And as K-drama fans, we reckon there isn't a better form of self-care than binge-watching a few shows.

If you're on the lookout for recos, it's best to first ask yourself what kind of K-dramas you're into. Sure, Crash Landing on You is kilig-inducing, but what if heavy drama is more your cup of tea? There’s a vast selection of K-dramas on streaming apps like Netflix, iFlix, and Viu that it can get overwhelming but luckily, we have the perfect solution: A K-drama starter pack!

On Facebook, Penny Wong, a 27-year-old Filipina-Chinese who’s been a fan of K-dramas since 2003, recently went viral on social media for her list of K-drama recommendations. What set her list apart from others was that she classified the best K-dramas to watch according to genre. Check them out below!

If you’re a newbie to K-dramas, Penny’s list will make sure that you never run out of shows to watch. It has 140 titles so you're all set until the end of quarantine and maybe even the rest of the year!

If you’re looking for Classic K-dramas

These dramas were released in the early 2000s (you might have even caught the “Tagalized” versions on TV!) at the time when video streaming was almost unheard of. Penny calls them the “OG” or original K-dramas that started all the craze!

Her top pick: Boys Over Flowers. “There’s really just that charm for this series despite the abundance of remakes (it’s an adaptation of the Taiwanese series Meteor Garden). It’s a K-drama I enjoy watching even if I already know the plot,” she tells SmartParenting.com.ph.

If you’re looking for the Total K-drama Experience

These are the dramas that mix a variety of elements into its plot. Apart from romance, you also get fantasy, politics, family, social, issues, and more. Penny writes, “The stories are really interesting and the plot twists will make you watch non-stop!”

Her top pick: Scarlet Heart Ryeo. “It’s my all-time favorite! It’s not super popular compared to the other dramas [in my list], so I want to give it some love.”

If you’re looking for Rom-Coms

These romantic comedies should be your go-to if you just want to feel good and feel kilig. Of course, they’ll still have a solid conflict as with any story, but these are the titles you want to watch if you don’t want to think and stress too much, according to Penny.

Her top pick: Fight For My Way. “I just really love Park Seo Joon and this is his best romcom for me!” Penny gushes. While we agree, we have to add that we also love this series for its believable plot—just two ordinary people trying their best to be successful in life and love—that still mixes all the K-drama elements you’ve come to love.

If you’re looking for Sageuk

Sageuk are period dramas in Korea, which either incorporate historical events, figures, or a different setting altogether. The stories are intense and interesting, and the cinematography, not to mention the beautiful costumes, will surely wow you. Many go beyond the typical 16 episode-format, so when you want to go big on binge-watching, these are the titles for you.

Her top pick: Empress Ki. “I like the story and character development in this drama,” Penny shares. “It also tackled political issues mixed with a love story.”

If you’re looking for Mature Romance

“I recommend these for those looking for a more mature romance. It’s not the usual lovey dovey and kilig type of K-dramas and it depicts the reality of romantic relationships more,” Penny says. Adult problems are tackled in the plotlines and it also has elements of family drama.

Her top pick: Another Oh Hae Young. “I really liked the plot, story and treatment of this drama (a man’s fate gets intertwined with two women who share the same name),” Penny shares. “It’s not the usual kilig love story but it makes you want to watch every episode.”

If you’re looking for Coming of Age dramas

As the name implies, these dramas show the struggles that come with growing up while reaching for your dreams. “Most of these dramas tackle problems that the youth encounter in school and with their family,” Penny says. “Often, these dramas are heartwarming that will make you laugh, cry, and teach you a lot of life lessons.”

Her top pick: Reply 1988. “It has all the elements: family drama, coming of age, real-life problems, and even kilig! I like how each character is important to the story and are given enough exposure [so you’ll end up liking] them all. It also has a lot of life lessons and scenes that are super relatable,” Penny says.

If you’re looking for Heavy Drama

Watch this if you feel like getting your heart broken… just kidding! Or maybe not. “The stories and premise of these dramas are heavy and sad to begin with (tragic love stories, death, injustice, etc.) so expect heartaches and swollen eyes,” Penny says.

Her top pick: 49 Days. ”Good plot that will really make you cry,” she shares. “No need for popular actors and actresses because of the story!”

If you’re looking for 'Not Your Usual' K-dramas

If you’re looking for something different, Penny says these dramas are some of the best K-dramas she’s ever watched. “It’s not your typical cheesy and romantic K-dramas so it’s refreshing,” she writes. “Topics are socially relevant, sensitive, and controversial as it reflects real-life problems, corruption, and injustice, which makes it more relatable to people.”

Her top pick: Kingdom. A zombie movie sageuk—you bet it will be interesting! “They managed to incorporate political drama and issues in the story, plus it has a really good plot with so many twists (that it’s super unpredictable!),” Penny says. “It’s just so good!”

Bonus: Extra titles if you run out!

Most of the titles Penny listed are the titles she’s watched, but if you’re looking for more, these dramas come highly-recommended by her family and friends.

Her top pick: He Is Psychometric. “The plot and story—a young man with the supernatural ability to see people’s memories by touching their skin—is interesting!”

In a quick chat with Smart Parenting over Facebook, Penny says she actually started watching K-dramas with her mom around 17 years ago, when dramas could only be viewed on TV or by buying DVDs. “Now she doesn’t watch as much,” Penny says, but she and her sister, Fanny (who made the lovely templates!) are still hooked.

Penny adds that she was inspired to create the list since a lot of people, mostly those who are just starting to watch K-dramas, have been asking for recommendations. “I also feel that people tend to watch popular and most talked about shows only, but there are actually good underrated K-dramas that most people miss out on and I want them to try watching those as well,” she shares.

Meet the Two Female Characters Poised to Win Our Hearts in “The King: Eternal Monarch”