SHOP: 10 Citrusy Fragrances That Will Make You Smell Fresh Off the Shower|Read more »
Culture | By Jam Nitura - Jan 14, 2020

The Resurgence of Tala: How Sarah Geronimo's 2016 Song Became a Viral Sensation

Apparently, it's all thanks to the LGBT community and Aling Nelia. 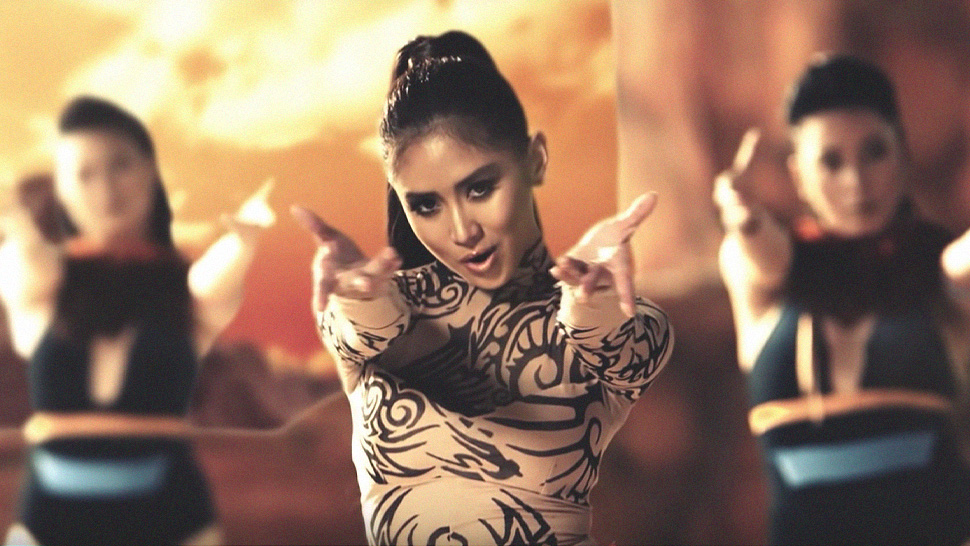 No one ever expected a Filipino pop song that was released four years ago to become everyone’s surprise national anthem. Yet here we are, since late 2019, we're unable to scroll through social media without seeing a video of someone enthusiastically dancing to Sarah Geronimo’s Tala. First dominating airwaves back in 2016 as the lead single to Sarah's 12th studio album, The Great Unknown, Tala found love from the public early on its own after it was hailed Song of the Year at the 2017 Myx Music Awards.

Now a full-fledged dance challenge gamely taken on by Tik-Tokers, Twitter users, and practically anyone with a camera and a decent set of dance moves, the tribal beat-infused infectious pop song has become an ubiquitous tune years later, returning for more as the comeback kid of the last decade.

But what exactly caused the great Tala resurgence of 2019? Several factors—including Sarah's performance of the song during her This 15 Me concert, which was released on Netflix—contribute to its newfound fame. However, sources on Twitter, original Tala dance choreographer Georcelle Dapat-Sy, and Sarah herself all credit the roots of the sudden craze build-up to the LGBT community, particularly to one Bench Hipolito.

A drag queen and known Sarah G impersonator, Bench has continuously incorporated the song into her numerous performances at the O Bar, a gay entertainment club in Ortigas, as early as 2017. Her weekly high-energy delivery of the song’s music video choreography, not to mention her striking resemblance to the Philippines’ well-loved Pop Princess, has helped turn Tala into an LGBT nightlife staple and subculture.

Along with Bench, subsequently adding fuel to Tala’s popularity in the community is DJ and Nectar Nightclub host Peabo Orilla, who’s known to often drop the song amongst the clamor of enthused club-goers after hyping up the crowd with the iconic line “GUSTO NIYO BA NG TALA?” So much so that the question may as well be seen as a rhetorical one by now, meant to hype up any queer-friendly space, always ready to undoubtedly welcome the song with unfettered cheering and dancing.

Having met Bench for the first time in 2017 during her The Great Unknown Concert in Davao City, Sarah has since expressed her gratitude to the drag queen and the queer community. “Sa LGBT community, talagang tinangkilik nila ’yung song na ’to pati ’yung choreography,” she said in a December 2019 video, while teasing a possible new version of Tala in the works.  She’s even danced the song alongside Bench in an appearance on the morning talk show Magandang Buhay last October.

Most recently, the viral dance craze had been part of a humorous internet video, used by a group as their protest against a certain Aling Nelia. The ‘act of defiance,’ which quickly made noise on Twitter, saw a team of gay volleyball players arguing with a perceived grumpy old lady who had gone to great lengths to prohibiting them from playing on a public court situated in front of her house, even bringing the police into the mix. Their answer to Aling Nelia spoiling their innocent fun? Breaking out their Tala dance moves, of course.

Returning as the internet phenomenon of 2019, it seems the Tala dance craze has successfully spilled over to a new decade as netizens, celebrities—think Maine Mendoza, Arjo Atayde, Darren Espanto Ryzza Mae Dizon and Paolo Ballesteros—and even our favorite Filipino mascot Jollibee, continue to bust out their dance moves in time to Sarah G’s contagious pop vocals.

LOTD: This Is the Accessory We're Copping from Sarah Geronimo