Already missing him after "So I Married the Anti-fan"? 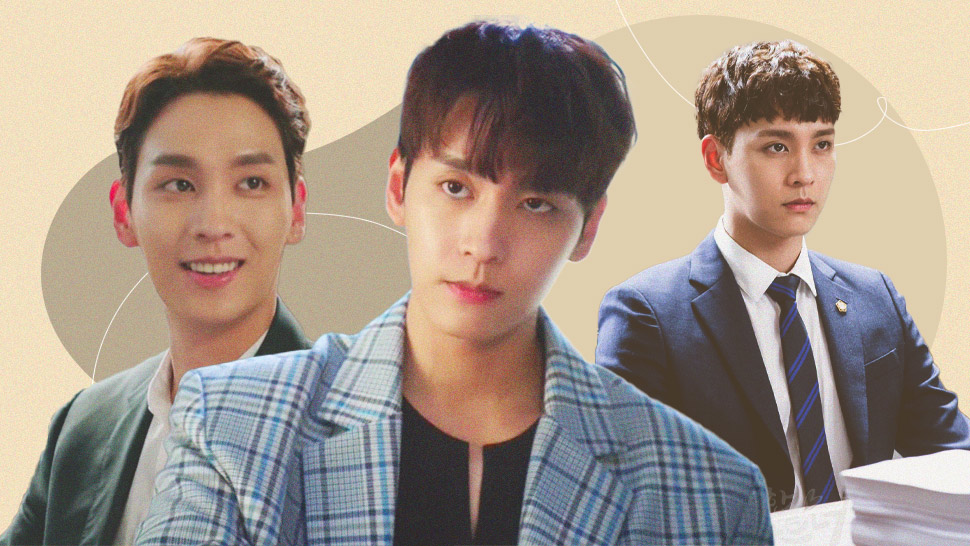 K-Drama fans are vicariously living their romantic comedy dreams through Choi Tae Joon and Choi Soo Young in the popular show So I Married the Anti Fan! As the enemy-turned-lovers series melts hearts, it effortlessly showcases Tae Joon’s acting chops as a leading man. If you didn’t know, his journey from a child-actor-turned rising K-Drama star was indeed a colorful one. Don’t worry, we have the deets all rounded up if you’re itching to know 10 interesting facts about the charming actor. But if you can’t get enough of his acting prowess, we got your back, too!

Below are 10 Korean dramas that show the rise of Choi Tae Joon:

As one of Tae Joon’s earlier K-Dramas, he played the son of main character Yang Kang-chil, Im Jung. Kang-chil served 16 years in prison for a crime he wasn't responsible for. After being given a second chance in life, he and his guardian angel, Guk Soo, travel to Seoul. There, Kang-chil meets Jang Ji-na whose past is interconnected with his.

This is a great K-Drama about family regardless if they’re blood related or not! After being convicted for a crime he did not commit in order to protect his younger stepbrother, Gong Joon-soo learns how to sew in prison. Upon his release, he renews his life by taking up a job at a fashion company. The heiress of the company and intense workaholic, Na Do-hee, becomes attracted to Joon-soo as they both slowly realize that they understand each other deeper than anyone else. We see Tae Joon portray Gong Hyeon-seok, who is a member of Joon-soo’s family.

Tae Joon plays Cha Ki-joon, the son of a wealthy family, in this romantic melodrama. He falls in love with Seo Yoon-joo, who is a veterinarian specializing in horses. Both come from prestigious and successful families, but instead of pursuing the business, Ki-joon wants to follow his culinary passions with the support of Yoon-joo. Will Ki-joon be able to balance his dream of becoming a chef, his romance with Yoon-jo, and his family’s expectations?

Adapted from the webcomic Naemsaereul Boneun Sonyeo, A Girl Who Sees Smells follows the mysterious case of the “Barcode” serial killer whose victims are left with barcodes carved on their skin. Officer Choi Moo-gak lost his younger sister to the same murderer which, in the process, made him lose his sense of taste, smell, and ability to feel pain. Following another murder case, the only witness finally wakes up after a coma with no memory of her life before. Mysteriously, she also gains the ability to see scents as colors and shapes allowing her to trace people’s smell. Tae Joon suits up as Detective Ye Sang-gil for the series!

We can’t get enough of Tae Joon in family related K-Dramas! As the character Lee Hyung-soon, he plays the younger brother of lead Lee Jin-ae. Jin-ae tirelessly provides for her family despite her mother favoring her eldest brother. The son of her boss, Kang Hoon-jae, enters her life, captures her heart, and marries her. This new milestone ushers in a challenging dynamic with her mother-in-law but, at the same time, makes her understand her strained relationship with her own mother.

For the historical drama fans, this one's for you! The Flower in Prison is an award-winning K-Drama by MBC that takes place in the Joseon Dynasty Era. Ok-nyeo empathizes and learns from inmates behind bars as she is born and raised in jail. Due to her exposure to people from different backgrounds, she grows up as an advocate and fighter for the oppressed. With Yun Tae-son by her side, the drama reveals the unfair inner workings of the justice system during that time. Tae Joon acts as Sung Ji-heon, a captain who becomes an important player in the ministry.

Mystery and adventure are what you can expect from the drama Missing 9 where Tae Joon plays the shady Choi Tae-ho, a Korean celebrity and pop group member. After surviving a plane crash, nine people aboard get stranded on an isolated island. The group consists of celebrities and entertainment staff, creating a whole ordeal of clashing personalities and interests. Four months later, stylist Ra Bong-hee manages to return to South Korea as the only witness, making the public clamor for an explanation. In the midst of trying to understand the mysterious event, she has a hard time recalling the experience due to memory loss.

Prosecutor Noh Ji-wook and prosecutor trainee Eun Bong-hee work together to solve a strange and dangerous murder case. As they untangle the investigation, they realize their seemingly unrelated pasts are more similar than what they initially thought. Their newfound bond causes them to gain an affinity for one another. However, tables turn as Bong-hee is accused of being a murder suspect while Ji-wook loses his job. While events take place, Ji-wook’s former best friend, Ji Eun-hyuk (Tae Joon) is trying to win back his trust.

The Undateables is a romantic comedy centering around two individuals who have opposite approaches to love. Kang Hoon-nam is a so-called expert on romantic theories but is indifferent towards love itself, while Yoo Jung-eum, who isn’t lucky in the romance department, is a relationship counselor. Fate had them meet five years prior, and then in the present where they handle the same client. After starting off on the wrong foot, viewers are keen on finding out if their differing stances on relationships will find a healthy compromise. We see Tae Joon as Jung-eum’s best friend, Choi Jun-soo, who works as a clinic doctor!

In Tae Joon’s latest K-Drama So I Married the Anti Fan, he takes center stage as A-list celeb Hoo Joon. He stars opposite Choi Soo Young as Lee Geun-young a magazine reporter who manages to get on Joon’s bad side. Despite her dislike towards him, they end up living together for a reality TV show.