SHOP: 10 Citrusy Fragrances That Will Make You Smell Fresh Off the Shower|Read more »
Culture | By Nicole Cruz - Jan 13, 2020

Here's Why Breathing in Volcanic Ash Is Hazardous to Your Health 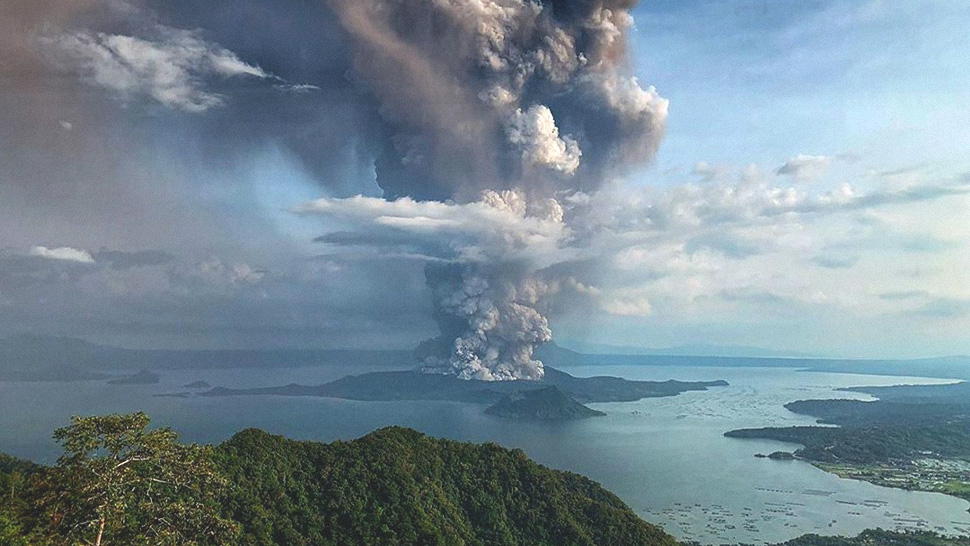 The Taal Volcano's unrest continues. Earlier today, the country's second most active volcano has already started spewing out lava. Residents in the nearby areas continue to evacuate their homes, while the ashfall continues to spread throughout Batangas, the rest of the Calabarzon region, as well as parts of Metro Manila and Central Luzon.

Volcanic activity began yesterday afternoon, signified by the giant, kilometer-high ash column, coupled with volcanic tremor and earthquakes felt in the surrounding areas. Although the ashfall triggered schools and government units to suspend work for the day, it's best to take a few safety measures to until the ash plume subsides.

What is volcanic ash?

Volcanic ash is a mixture of rock, mineral, and glass particles expelled by a volcano during eruption. The glass particles are a result of the speed at which the magma cools down from its molten state. Volcanic ash is less than two millimeters in diameter, but there are also huge particles called "lapilli." According to Forbes, volcanic ash also contains toxic aerosols such as hydrogen sulphide, sulphur dioxide, hydrochloric and hydrofluoric acid.

When the volcanic ash in an ash column is carried about by the wind, it is called an ash plume. This transports the ash across areas farther than the volcano's immediate surroundings.

How is volcanic ash dangerous to one's health?

Given the fact that volcanic ash contains glass particles, these compounds have jagged edges; thus, it can lacerate parts of your lungs when inhaled, such as bronchioli, alveoli, and capillaries.

According to International Volcanic Health Hazard Network (IVHHN), freshly fallen ash particles have acid coatings that can cause irritation to the lungs and eyes.

What are the health effects of inhaling volcanic ash?

There are three kinds of health effects that can be brought about by volcanic ash: respitary effects, eye symptoms, and skin irritation.

The Department of Health stated nose and throat irritation, coughing, bronchitis-like illness, and discomfort while breathing as some of the respitary effects. People with pre-existing respiratory problems, such as bronchitis, emphysema, and asthma, should avoid exposure to ash as much as possible as they are more at risk for severe symptoms and serious lung diseases.

Eye symptoms include irritation, eyes becoming painful, itchy, or bloodshot, and corneal abrasions. IVHHN also notes conjunctivitis (the inflamamtion of the conjunctival sac surrounding the eyeballs) as a possible symptom as well.

Skin symptoms are less common but can include irritation and reddening, and infections due to scratching.

How to guard yourself against volcanic ash

N95 masks (also known as respirators) are the best for filtering out airborne particles, but there has been a short supply of them due to the demand surge. For those who can't get their hands on one, here's an easy substitute back by research:

Simply place two layers of facial tissue behind disposable face masks. You can get these masks at drug stores nationwide.

Stay safe and take the necessary precautions depending on your location.

NAIA Announces Canceled Flights Due to the Recent Volcanic Activity

6 Easy Tricks to Keeping Your Colored Hair Healthy And Shiny

Christmas Songs Are Bad for Your Health, According to Study

Tea Drinkers Have Healthier and More Organized Brains, According to Studies

The New Leica Camera Is Here And We Want One