Add these to you watch list after watching "Start-Up". 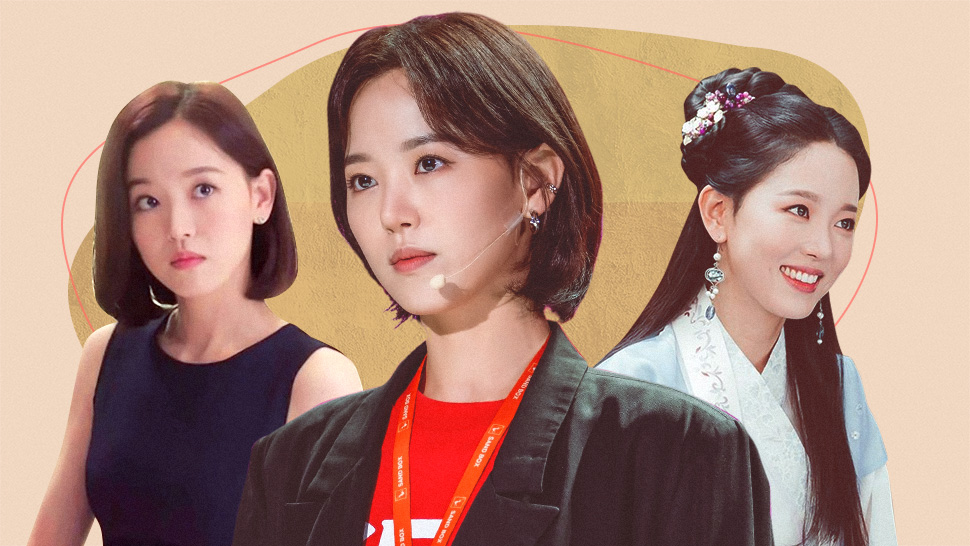 So you’ve read all there is to know about Start-Up’s Kang Han Na, a.k.a. Won In-jae, and you’re eager for more of the actress? Well then what better way to immerse yourself than by taking a deep dive into all of the major dramas she’s appeared in so far?

We list them all down for you below. Not to mention you can stream the shows online too!

In modern day Korea, at the night of a total solar eclipse, a 25-year-old woman named Go Ha-jin magically finds herself in the year 941 during the Goryeo Dynasty. She falls into the body of 16-year-old Hae Soo who lives among the kingdom’s ruling family and its 14 princes. Though she initially falls for the kind 8th prince Wang Wook, Hae Soo soon also ends up drawn to the ostracized and aloof 4th Prince Wang So. Complications further arise when she ends up getting caught between the rivalry of the royals as they fight for the title of King. Han Na first put her name on the acting map with Scarlet Heart Ryeo where she played the evil Queen Daemok.

Han Na guest starred for three episodes of Secret Healer as Queen Park. The historical drama starts with Queen Shim, a royal unable to bear a child. Devastated by this, she enlists the help of a shaman to aid her in conceiving twin children. However, she ends up abandoning one of her babies after she finds out that the little girl has been cursed by black magic, which will result in the death of anyone the child eventually loves. She’s taken in instead by the shaman and grows up somewhere deep in the mountains with the name Yeon-hee. One day, she crosses paths with Heo Jun, a handsome yet mischievous commoner who vows to lift the curse placed on her.

Married for five years, Cha J00-hyuk and Seo Woo-jin suddenly find themselves living completely different lives separate from each other after an unexpected incident. While trying to get his old life back, Cha Joo-hyuk is given the chance to once again meet his first love Lee Hye-won as portrayed by Han Na.

When a terrorist attack annihilates the country’s president and several of its ministers, Park Moo Jin, the Minister of Environment, suddenly finds himself as the highest ranking government official. Forced to take on the presidency for 60 days, he struggles to capture the group responsible for the attack while navigating South Korea out of a national crisis. Han Na plays Na-kyung on the show, a government analyst who's part of the Terrorism Task Force.

Two childhood friends turned models attempt to branch out into acting and soon befriend a budding makeup artist along the way. In a world where dreams are a luxury not everyone can afford, the trio pushes through with their pursuits, backed only by sheer talent and passion to get them through.

Amongst the plethora of stars who made cameos in Record of Youth was Han Na, appearing on episodes 9 and 10 of the show. She came on as herself and acted as a co-host with Park Bo Gum’s character Hye-jun for the OVN Drama Awards.

Who says you can't just replay Start-Up right after the series ends? If you haven't seen the show yet and simply stumbled upon this article, FYI it's available for streaming on Netflix.

At the forefront of the show is Seo Dal-mi, an energetic and versatile go-getter who dreams of becoming Korea’s own Steve Jobs. She eventually crosses paths with "math genius" Nam Do-san, a tech entrepreneur with a failing company who she mistakenly remembers to be her first love. Despite the clear misunderstanding, Do-san takes this opportunity to work his way up the business ladder and, subsequently, into Dal-mi’s heart. Han Na portrays Won In-jae, Dal-mi's fiercely determind yet antagonistic older sister.

Here's Where You Can Get These Aesthetic Bread Lamps