JUST IN: Jinkee Pacquiao Is One Glamorous Ninang at a Wedding Wearing Accessories Worth at Least P10 Million|Read more »
Beauty | By Nicole Arcano - Dec 27, 2019

How to Do Your Makeup for a Passport Photo, According to Rhian Ramos 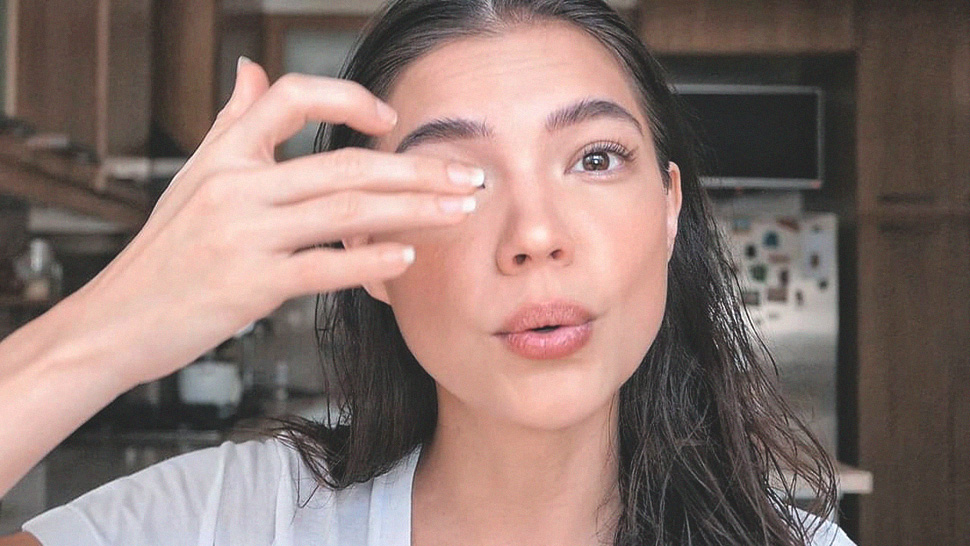 IMAGE INSTAGRAM/whianwamos
You'll be using it for a decade, after all!

"Vanity has no limits, even on government documents," says Rhian Ramos. We can't argue with that, because everyone wants to look their best in their ID photos—especially those that'll last you an entire decade. Hence, a little prep in the beauty department always helps. Speaking of which, your makeup look for a government ID shouldn't be identical to your everyday face. You need to consider a lot of other things, like how to keep the camera flash from washing you out or how to enhance your features without breaking the rules. If you need tips, Rhian has you covered. The actress shared exactly how she did her makeup when she renewed her passport, and it's simpler than you think! Here are some tricks she shared for your reference:

You don't need to wear a full coverage foundation for your passport photo, but Rhian suggests using a bit of concealer to reduce the appearance of any redness, blemishes, and dark circles.

2. Pay attention to the parts the flash will hide.

"You want to define the parts that the weird lighting might take away," Rhian says in the video. In her case, flash photography washes out her eyebrows, so she filled in the outer half of her brows thicker than usual to make them appear fully in photos. To find out what you need to define, try taking a photo of yourself with flash using your phone!

Simple steps like putting on blush, curling your lashes, applying mascara, and applying a bit of tinted lip balm can bring your features to life in photos.

Rhian skipped eyeliner for her passport makeup, explaining that it could change her eye shape. You want your passport photo to still look like you, so avoid any steps that could dramatically alter your looks such as hiding your beauty marks and moles, wearing colored eyeshadow, and wearing contact lenses.

5. Only use neutral shades.

There's no harm in wearing a bit of blush and lipstick for your photo, provided that they're in a shade that looks natural on your skin tone. Rhian shares that peachy hues appear the most flattering on her yellow-toned complexion, so if you have similar undertones, go the same route!

11 Tricks to Looking Good in Your Passport Photo

33 Visa-Free Countries To Visit With Your Philippine Passport

You Should Renew Your Passport One Year Before Expiration, Says DFA

A Step-by-Step Guide to Renewing Your Philippine Passport