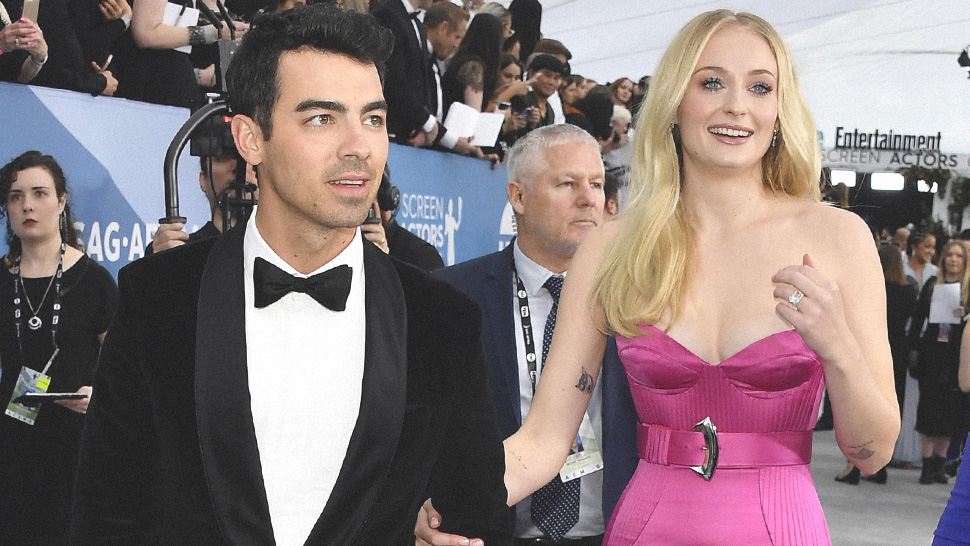 Game of Thrones star Sophie Turner just conquered the red carpet (again). The British actress arrived at this year's Screen Actors Guild Awards hand in hand with husband Joe Jonas, who donned a sleek-looking tuxedo. Needless to say, the two always look good together, but in this case, we can't help but think that they look like Barbie and Ken IRL!

First of all, there's Sophie's hot pink Louis Vuitton number, which, when juxtaposed with her blond hair, makes her look like a total doll! We love how she chose a vibrant hue instead of the typical black, white, and muted tones that celebrities typically go for.

The figure-skimming frock features a corset-inspired bodice, a befitting sweetheart neckline, and a thigh-high slit. She paired the silver buckle with an equally shiny pair of metallic heels, and minimal accessories—just a few rings to let the dress' vibrant hue speak for itself.

Now, let's move on to Joe: Aside from his flawless appearance and muscular body, there's his wavy, slicked back hair that looks like it could stay in place for hours. Put that next to Sophie, and you've got the goods to be nominated for "best-looking couple," which we're sure they'd win if that really existed.

Sophie Turner is known for her role as Sansa Stark in HBO's Game of Thrones. The cast is nominated for Outstanding Performance by an Ensemble in a Drama Series. Other nominees include Netflix's The Crown, Stranger Things, HBO's Big Little Lies, and The Handmaid's Tale.

She recently appeared in The Jonas Brother's latest music video for their single, "What A Man Gotta Do," along with sisters-in-law Priyanka Chopra and Danielle Jonas.

You Have to See Sophie Turner's Louis Vuitton Wedding Dress