JUST IN: Jinkee Pacquiao Is One Glamorous Ninang at a Wedding Wearing Accessories Worth at Least P10 Million|Read more »
Culture | By Jam Nitura - Dec 20, 2021

"Snowdrop" Just Aired But Koreans Already Want It Cancelled—Here's Why 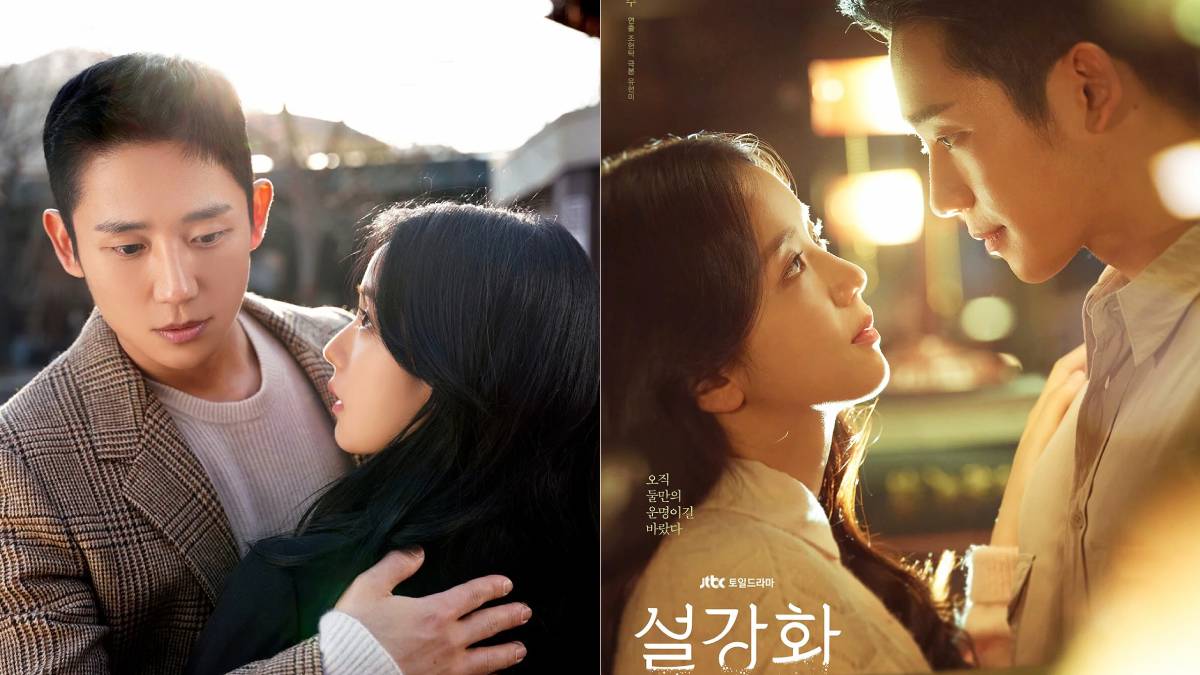 IMAGE Snowdrop/JTBC
A number of advertisers have already pulled out from the drama.

UPDATE, December 21, 2021: JTBC released an official statement on the matter after the petition reached 300,000 signatures.

Read their full response below:

"First of all, the background and motif for important incidents in 'Snowdrop' are the time of military regime. With this background, it contains a fictional story of the party in power colluding with the North Korean government in order to maintain authority. 'Snowdrop' is a creative work that shows the personal stories of individuals who were used and victimized by those in power."

"Most of the misunderstandings regarding concerns of 'history distortion' and “disparaging the democratization movement” criticized by many people will be settled through the progress of the drama’s plot. The drama includes the production team’s intent of hoping for no repetition of an abnormal era in which individual freedom and happiness are oppressed by unjust power."

"Although we unfortunately cannot reveal much of the plot ahead of each episode, we ask that you watch over the future progress of the plot."

"In addition, in order to hear the valuable opinions regarding JTBC’s contents, we will listen to diverse voices by opening the portal site’s real-time chat window and the official viewers’ message board."

"The main values that JTBC aims for are the freedom of content creation and independence of production. Based on this, JTBC will continue to contribute full effort into showcasing great broadcasts."

Jung Hae In and BLACKPINK Jisoo’s highly anticipated K-drama Snowdrop just premiered over the weekend, and the show has already found itself in hot water.

A day after its pilot episode aired, a public petition was made calling for the Blue House—the office of Korea’s head of state—to cancel Snowdrop. As of writing, the post has already been signed by over 200,000 people in just two days.

This isn’t the first time Korean netizens have pushed a petition to cancel the drama. In March 26 of this year, an initial post was created on the Blue House website to keep the show from airing, accusing the narrative of historical distortion and the glamourization of North Korean spies.

FYI, Snowdrop is set in 1987 in the midst of the June Struggle in Korea, a pro-democracy movement that fought against the authoritarian rule and dictatorship of President Chun Doo Hwan. In the story, Eun Young-ro (Jisoo), a student in a female university, tends to an injured North Korean spy named Im Soo-ho after she mistakes him for being a student protestor.

As per the Korea Times, the first wave of backlash came from indignant netizens insisting that Hae In’s character “implies that North Korea was involved in the 1980 Gwangju Uprising—a claim made by then-President Chun Doo Hwan in defense of his government's lethal suppression of the democratic movement.”

However, seeing as the allegations were based off leaked info on Snowdrop, which JTBC later on clarified, the petition was eventually denied by the Blue House. That said, while the government cited the broadcasting station’s right to freedom of expression, they also warned that should the series truly show “excessive distortion of history, or violate regulations,” then it may be subject to further deliberation by the Korea Communications Standards Commission.

In the new petition, netizens raised that the drama “undermines the value of the democratization movement,” as gleaned from the misunderstanding between Young-ro and Soo-ho during the first episode. According to them, this ignores the fact that many student activists were tortured and killed during the military regime after they were falsely pinned as spies with no actual basis.

Furthermore, while Soo-ho is on the run from a government agent, a song that was used to symbolize the democratization movement is played in the background. Petitioners have called the use of the track inappropriate considering none of the characters during the scene are student activists, and that it showed, instead, their very perpetrators in real life.

Following the growing unrest against the show, a number of sponsors have already pulled out from Snowdrop and have even issued apologies. This includes Heungil Furniture, Ganisong, Hans Electronics, and Teazen, among others.

As reported by Sports Chosun, some have already taken to emailing Disney+ to stop streaming Snowdrop on their platform. In response to this, Disney Korea told the media outlet that they’ve yet to settle on an official position.